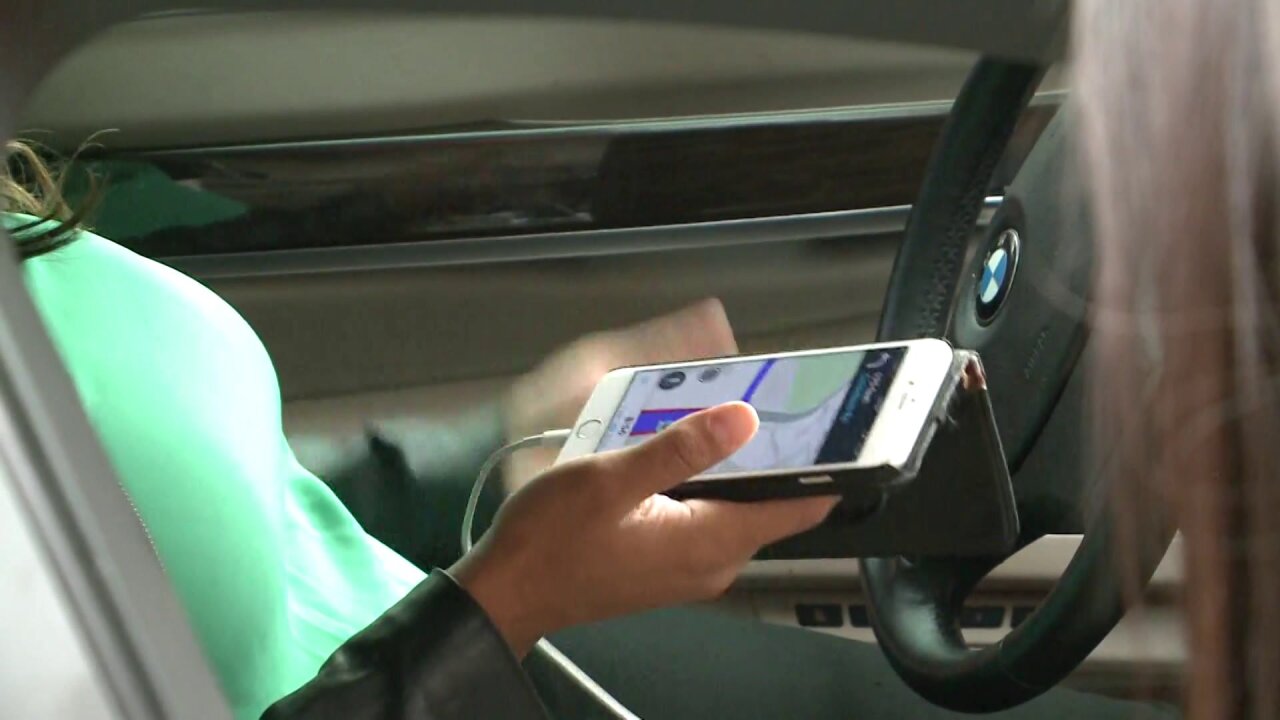 RICHMOND, Va. — One summer night in 2011, 19-year-old Kyle Rowley of Herndon, Virginia, got out of his car to push it to the side of the road after he ran out of gas on his way home from work. Minutes later, Rowley was struck and killed by a vehicle driven by Jason Gage, according to the Virginia State Crime Commission. Investigators found that Gage had been texting seconds before he hit the teen.

Gage was charged with reckless driving but was later found not guilty by a Fairfax County judge. That was because, at the time of the accident, Virginia law designated texting while driving as only a secondary offense. The judge ruled that it could not count as reckless driving.

In 2013, the Virginia General Assembly made texting while driving a primary offense. Since then, convictions statewide have nearly quadrupled, according to an analysis of data from the Virginia Department of Motor Vehicles.

During the 2012 fiscal year, before the law went into effect, fewer than 440 Virginians were convicted of texting while driving. But during the 2015 fiscal year (which ended June 30), there were almost 1,700 convictions.

For example, convictions jumped from 56 to 276 in Fairfax County; from 33 to 144 in Prince William County; and from 47 to 138 in Virginia Beach. In Danville, where only one person was convicted of texting while driving in 2012, 40 were this past year.

Government officials say it’s critical that texting while driving be a primary offense – because then police can stop the driver on the spot.

“Primary [offense] is the best way to address many of the highway safety issues that are faced on the roadways. It gives law enforcement the power to act when they see someone distracted while driving via texting or using their phones in some way,” said Erik Strickland, director of federal relations for the Governors Highway Safety Association.

According to Capt. Michael Grinnan of Fairfax County, an officer now can pull a driver over for texting while driving without having to look for other infractions such as expired license plates or state inspections.

When it was a secondary offense, other violations had to be present for a driver to be stopped for texting while driving.

Under the new law, which took effect July 1, 2013, the fine for texting while driving also increased – from $20 to $125 for first offenders and $250 for every repeat violation.

Experts say there are valid reasons to crack down on such behavior. Distracted drivers who are using their cell-phone and are not focused on driving are three times as likely to crash or come close to crashing, according to a study by the Virginia Tech Transportation Institute.

“It’s a 2,000-pound vehicle going down the road between 50 to 80 miles per hour. That takes a lot of focus,” Strickland said. “And if you look away to text for two to five seconds, you can go a couple football fields and not realize what’s going on around you.”

Drivers with the urge to send a text message or email are the most common type of distracted driver in Virginia, according to the Virginia DMV.

Fairfax County had the most convictions of any locality in Virginia in 2015 as well as in prior years. Grinnan, the county’s traffic division commander, said that might be because it’s the most populated locality and residents have long commutes on often-gridlocked roads.

Based on his experience and observation, Grinnan said the most common offenders in the county are individuals age 25-35.

Northern Virginia drivers are not the only ones unable to put their phones down while driving.

In 32 localities, the number of texting while driving convictions at least tripled from 2012 to 2015. Those localities range from Arlington and Roanoke to Richmond and Norfolk.

Although convictions have increased across the commonwealth, Grinnan said it is still more difficult to convict drivers of texting and driving in Virginia than in other states. He said loopholes in the current law should be plugged.

“It should be more specific and more similar to the [Fairfax] county code. If it impacts your attention from operating a motor vehicle, if it takes your attention away from doing that, then that’s enough for me – that’s distracted driving,” Grinnan said.

Under state law, drivers are permitted to use their cellphones for things such as making a call or using a GPS. But in Fairfax County, a driver is required to give “his full time and attention to the operation of the vehicle.”

“If I can articulate in court that you aren’t giving your full attention to driving, I can make a primary stop on that vehicle and charge the county code,” Grinnan said.

Even some people convicted of texting while driving said they understand the need to curb the habit. Alex Johnson, for instance, was convicted in Hampton in 2012.

“It’s dangerous because most text messages can wait. A slight distraction while driving can be deadly in most cases,” Johnson said.

Under the new law, convictions for texting while driving in Hampton increased 443 percent – from seven in 2012 to 38 this past year.

Grinnan said that texting while driving impacts everyone on a daily basis.

“I think the judges see that and are getting fed up with it. The attorneys see it, and it has contributed to and has been a causative factor in some serious accidents and crashes,” Grinnan said.

Editor’s note: By VCU graduate student Rarione Maniece.
Students in the graduate program at  VCU’s Robertson School of Media and Culture, writing under the supervision of Associate Professor Jeff South, submit news stories in a partnership with WTVR.com.