CHESTERFIELD COUNTY, Va. -- A Chesterfield family is looking for answers after their cat, Tyrion, was shot three times by a pellet gun Sunday. Cat owner Michelle Langford said Tyrion went outside their Meadowbrook Estates home around 10 a.m. She said they found him wounded under a bush in their yard around 9 p.m. that night.

Tyrion was shot three times, twice in the head and once in the leg.

“We thought he had been attacked by a dog,” Langford said.

She said they immediately took him to an emergency veterinary hospital where they learned what really happened. Langford said the x-ray results revealed Tyrion had been shot three times, twice in the head and once in the leg. 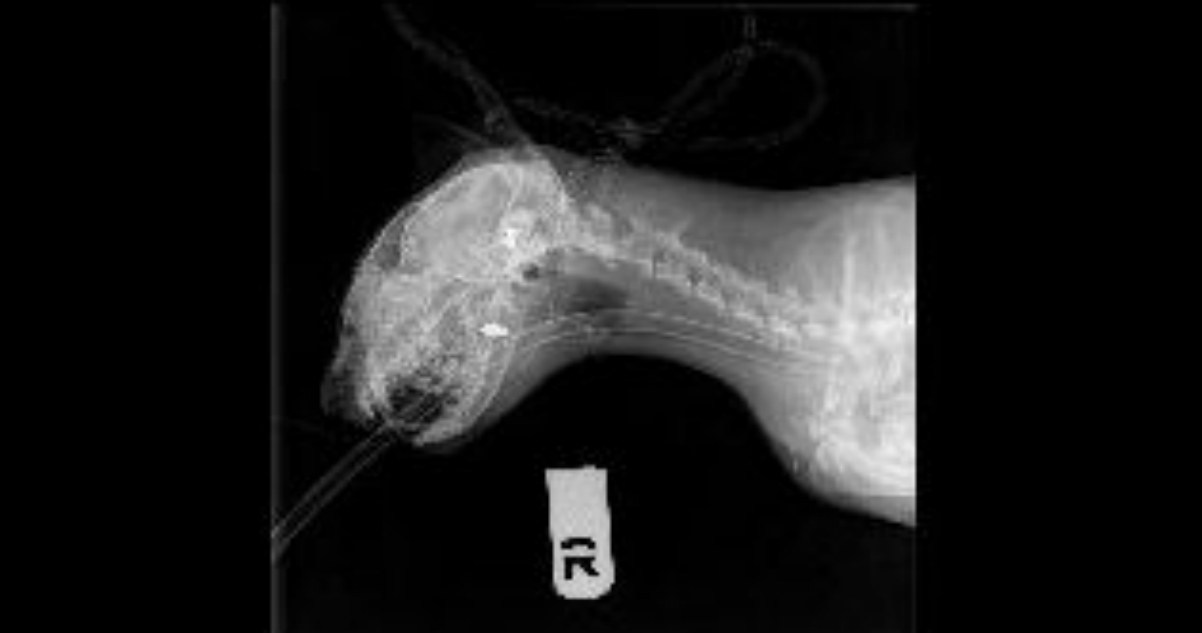 One pellet entered at the corner of his eye and went through his eyeball. Another entered right in front of his ear.

“It is amazing he lived considering how close they are to the brain,” Langford said.

Tyrion was shot three times, twice in the head and once in the leg.

She said the vet is concerned about the pellets in his head possibly causing an infection and they may need to be removed down the road.

Langford said she called Chesterfield County Police to report the shooting. Police confirmed their investigation indicated the cat was shot with a pellet gun. Animal Control is now in charge of the investigation.

Langford said the officer from Animal Control advised them to knock on some doors to see if neighbors knew anything or heard something.

"He said there was no report of similar incidents in the neighborhood and it is a very hard type of case to prove unless there is an eyewitness," Langford said.

Langford said she wanted to share her story to prevent this from ever happening again.

“I'm hoping that if it was a kid that their parents are aware so they can address it with their child and hopefully prevent this from happening in the future,” she said.

Still, Langford is shocked and worried that something like this could happen.

“I'm concerned about living close to someone who would do something like this,” she said.

Tyrion is now in recovery. His right hind leg is badly bruised due to the pellet shot. His left leg was mysteriously fractured, leaving his mobility very limited. Langford said she thinks he may have been kicked, causing the fracture. She said he is on a lot of pain medication and has been sleeping almost the whole time since he came home Tuesday afternoon.

Little Tyrion will be mostly confined to a cage for the next four to six weeks to prevent activity due to his leg injuries. Police asked anyone with any information about this case to call police, Animal Services or Crime Solvers at 804-748-0660.