COLONIAL HEIGHTS, Va. -- Family, friends and neighbors in Colonial Heights attended a remarkable celebration for a woman whose parents say she will likely never be married because of medical reasons. As a result, they threw Lori Dawn a spectacular bridal-themed party to celebrate her 42nd birthday.

Her parents knew Lori would love a wedding-themed party because she spends a lot of time poring over and clipping out photos of long, flowing, white bridal gowns from bridal magazines.

Grace Swearingen, Lori's mother, has been planning the big day for months.

"She knew she was about to be a bride – the one thing she’s dreamed of being,” Swearingen said. “That’s all we ever hear, ‘Mom, I wanna be a bride.’”

Lori, looking lovely in her mother’s altered wedding gown and holding a bouquet of red roses, alighted from stunning horse-drawn carriage in front of the family’s home Saturday afternoon.

“You look beautiful,” one woman shouted from the large crowd of family, friends and neighbors who gathered to help Lori celebrate her big day.

As her mother and father walked her down the aisle, Lori broke with tradition and tossed her first of three bouquets into the air.

“I didn’t know she knew about throwing the bouquet. And that’s all that she talked about," Swearingen laughed.

And the wedding would not have been complete without a special groom -- a Michael Jackson impersonator.

Swearingen explained that when the family saw Michael Jackson in Las Vegas years ago, the pop star knelt and kissed Lori's hand.

“Well, she about passed out,” Swearingen laughed.

SHARE this story with your friends who LOVE good news!

And Lori wasn’t the only one with a big grin on her face. It was clear those gathered recognized the love that went into planning such an elaborate party.

“The one thing she has always wanted to be was a bride. And now her dad and I have made that happen," Swearingen said. "Everything she has ever asked for, we’ve just made it happen.”

As the celebration came to a close and Lori and MJ got into the carriage,  Lori's mother hugged her daughter.

“Give mom a kiss goodbye,” she said.

As MJ kissed Lori on the cheek, she waved to the crowd as they set off for a ride around the neighborhood. 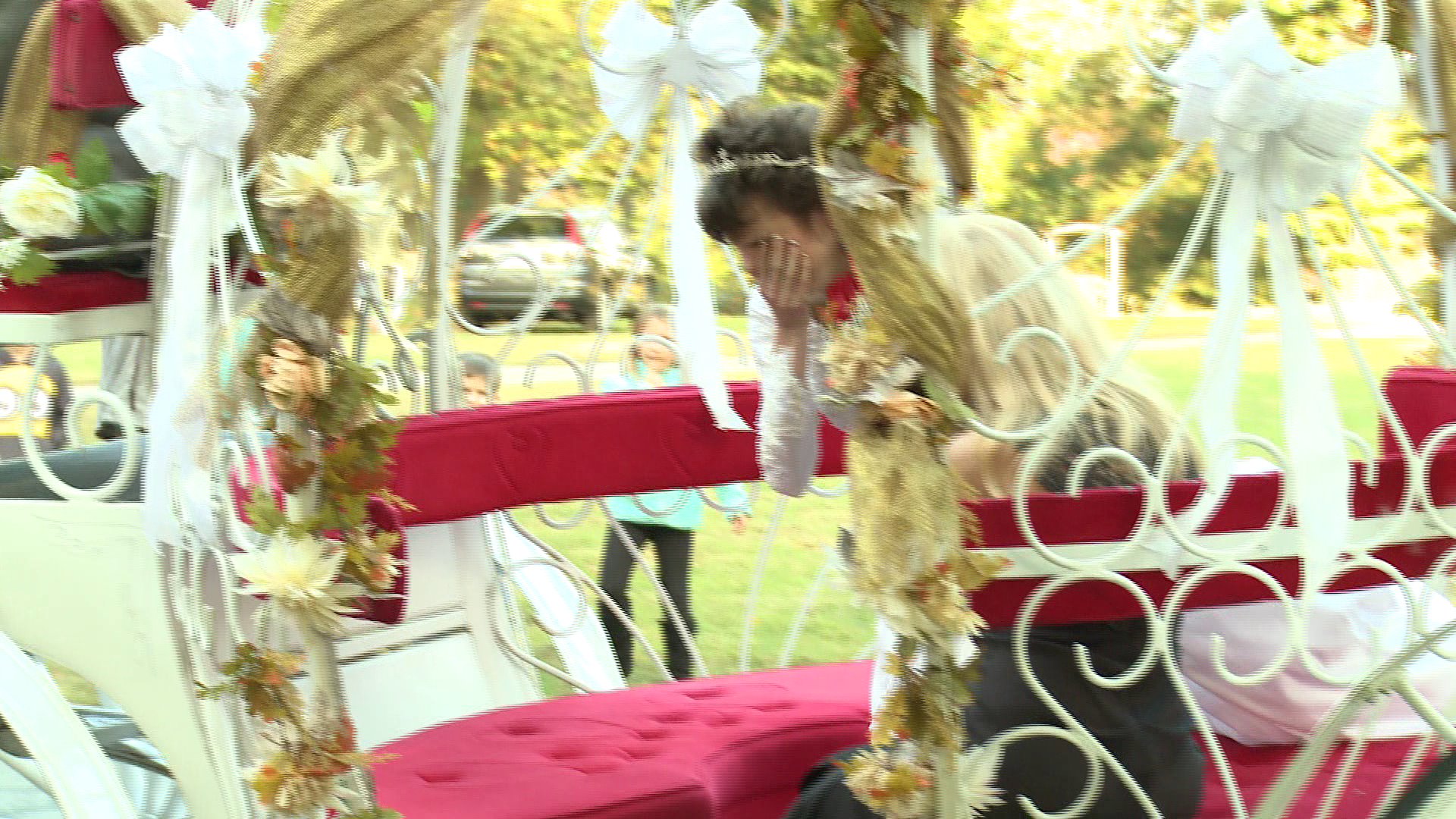 When Lori was born in October of 1973, she was not expected to live -- suffering from cerebral palsy and several other health complications.

But the baby ended up leaving the hospital and coming home. While she was never supposed to walk, she now walks. And while she was not supposed to be able to talk, she does say a few words.  Nevertheless, her doctor cautions that she remains in very fragile health.

"I know I'll never get to be mother of the bride, but it doesn't mean she can't pick out her dress to be a bride," her mother told CBS 6 senior reporter Wayne Covil in September.

Lori tried on her mother's wedding dress in September.

During that interview, Swearingen said she hoped her daughter's party would spark a broader message.

"It's not about anything but somebody seeing her dream come true.  That you can have a disability and still be what you want to be and that's what I want people to see," she said.