Lows will be in the low to mid 30s

RICHMOND, Va. -- A strong cold front passed through the area Saturday, allowing much cooler air to build in this weekend.  The jet stream will be traveling from northern Canada directly into Virginia Sunday into Monday. 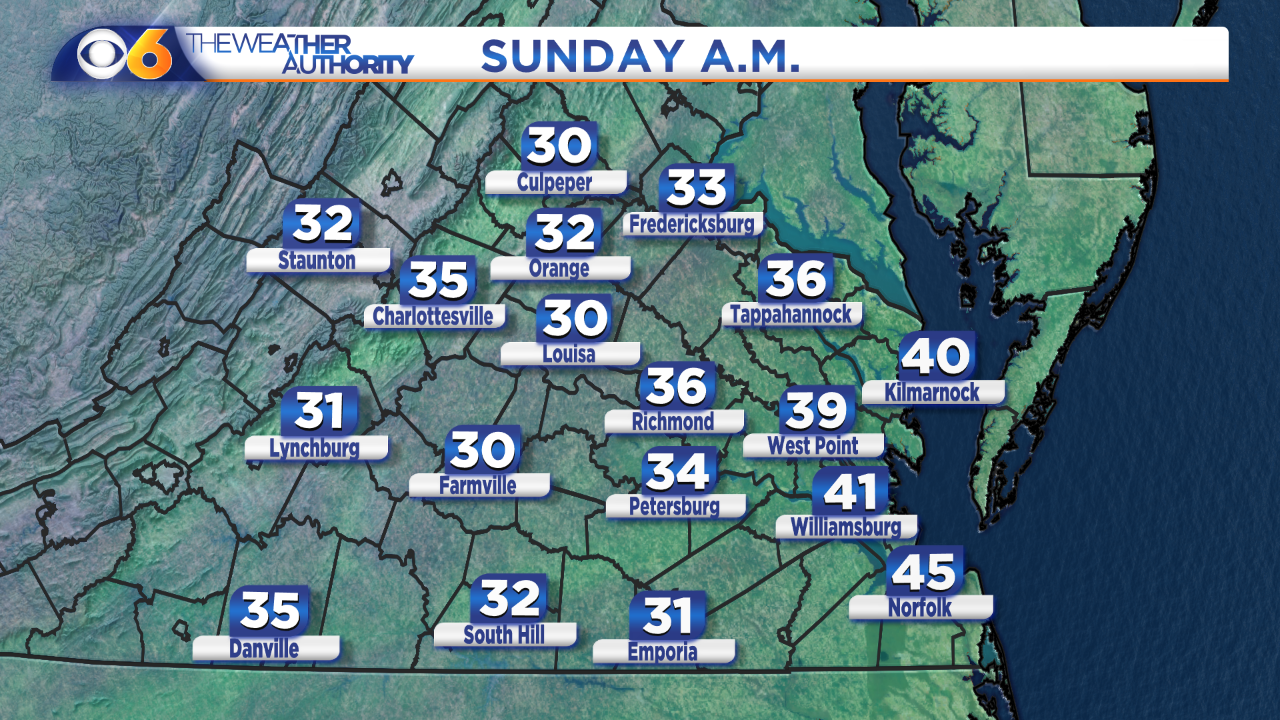 For areas north and west, this first freeze will be right around the average time that it normally occurs.

At this time, it looks like the temperature at Richmond International Airport will stay above 32°.   Here is when our first freezing low occurred the past few years.

Our colder spell will ease during the week.  Highs will get back into the 70s for the middle and end of the week.