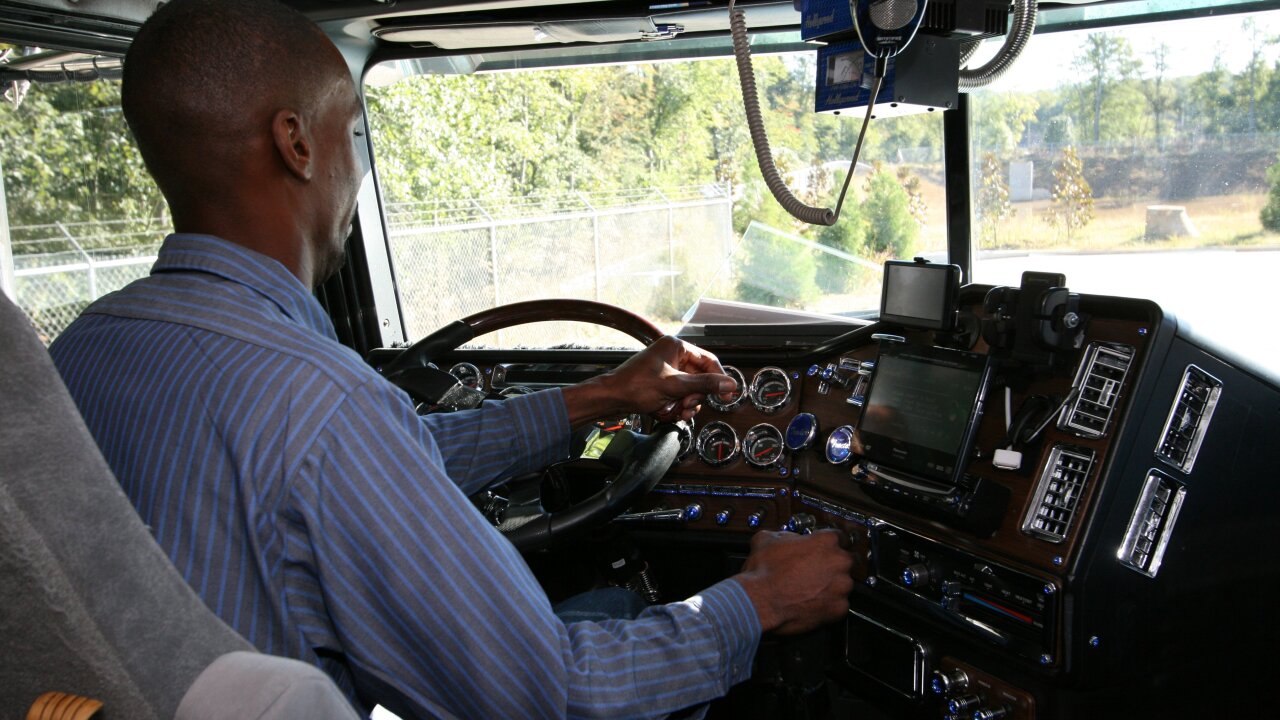 NEW YORK -- America needs a lot more truck drivers. There will be a shortage of nearly 50,000 truckers in the United States by the end of this year, according a new report by the American Trucking Associations (ATA). That's up from a shortage of 30,000 drivers just two years ago, and 20,000 drivers a decade ago.

American businesses need truck drivers to move goods around. And not having enough of them affects daily deliveries of everything from essentials like food and gas to supermarkets and gas stations to online Amazon orders to people's homes.

It's a job that cannot be shipped overseas and has the potential to drive the cost of goods higher and ultimately hurt the U.S. economy.

No wonder businesses are willing to pay up for it.

Trucker compensation has been going up 8% to 12% a year in recent years, according to Bob Costello, chief economist at the ATA. That's a lot higher than wages for the rest of Americans, which have barely budged recently.

The median annual wage for a trucker that works for a private fleet, such as a truck driver employed by Walmart, is $73,000, according to ATA.

The Labor Department pegs the median annual salary for all truck drivers at around $40,000.

But it isn't an easy job to fill.

There's 1.6 million truck drivers in America. Of those, about 750,000 are "for hire" truckers, meaning they work for a truck company that's hired by another company, such as a grocery chain, to deliver its product. These truckers are sometimes on the road for 10 days at a time before coming home, Costello says.

At a time when work-life balance issues such as paid leave and flexible schedules are gaining spotlight in the American economy, trucking companies are challenged to recruit and retain workers.

Add on an aging workforce and a lack of interest from young workers, and you've got a shortage.

Costello admits that the industry is having the toughest time retaining young workers.

Trucking companies also have a tough time recruiting women, who have become a larger part of the workforce than in previous generations.

Women make up 47% of the total U.S. workforce, yet only 6% of all truck drivers are women, according data from the Labor Department and ATA.

To qualify, truckers have to be 21, they must a commercial trucking license and pass a background check and drug test. Those requirements haven't changed in years, experts say.

However, what's changed is that there are fewer people willing to be on the road for days at a time and put in the long hours that the truck-driving lifestyle demands.

"They're having a very difficult time being able to recruit or retain [young] drivers," says Charlie Myers, vice president of Trucker Path, an app for the trucking industry