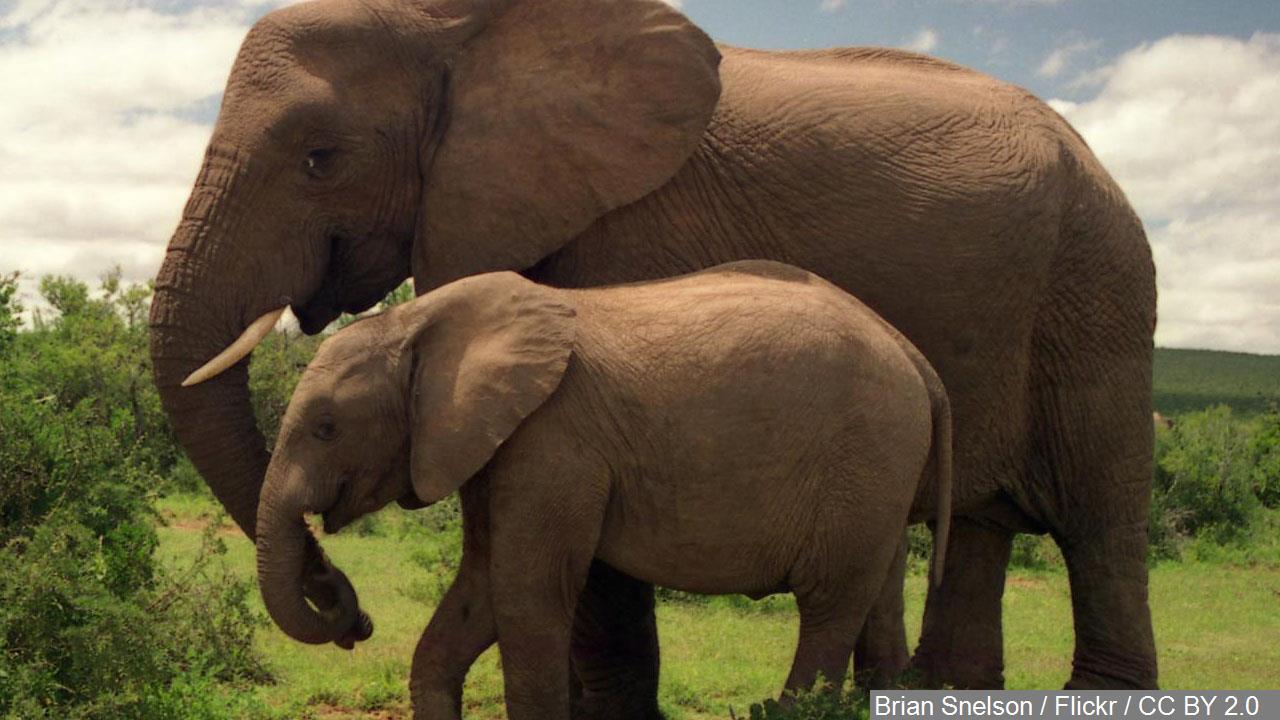 In a study released this week, scientists said elephant genes may provide a crucial clue in the fight against human cancer.

The mammoth mammals rarely get cancer, which has long bewildered scientists considering elephants have 100 times as many cells as humans.

“They should be 100 times more likely to have a cell slip into a cancerous state and trigger the disease over their long life span of 50 to 70 years,” scientists at the University of Utah said.

Yet they don’t. The cancer mortality rate for elephants is less than 5% compared with 25% in people, the study said.

A team of scientists from the University of Utah and Arizona State University said they can explain the lower numbers.

In their search for answers, they combed through elephant DNA and found a few deviations.

Elephants have extra genes that stop tumors long before they form.

They have “at least 40 copies of genes that code for p53, a protein well known for its cancer-inhibiting properties,” scientists said. In comparison, humans have only two copies of such genes.

The massive animals also detect damaged cells preemptively, which they then repair or kill.

“Elephants may have a more robust mechanism for killing damaged cells that are at risk for becoming cancerous,” the study said.

During the study, scientists extracted white blood cells from elephants and damaged the cells’ DNA.

“It’s as if the elephants said, ‘It’s so important that we don’t get cancer, we’re going to kill this cell and start over fresh,'” said Joshua Schiffman, one of the study’s author and a pediatric oncologist at the University of Utah School of Medicine.

“If you kill the damaged cell, it’s gone, and it can’t turn into cancer. This may be more effective of an approach to cancer prevention than trying to stop a mutated cell from dividing and not being able to completely repair itself.”

The study involved work by researchers from the two universities, and the Ringling Bros. Center for Elephant Conservation. The results were published this week in the Journal of the American Medical Association.

What it means for human treatment

Without the genetic cancer-fighting ability, elephants would be long gone.

“By all logical reasoning, elephants should be developing a tremendous amount of cancer, and in fact, should be extinct by now due to such a high risk for cancer,” Schiffman said. “We think that making more p53 is nature’s way of keeping this species alive.”

While there are other contributing factors that make humans more at risk of getting cancer, experts said, the study provides insight on treatment.

“Nature has already figured out how to prevent cancer,” Schiffman said.

“It’s up to us to learn how different animals tackle the problem so we can adapt those strategies to prevent cancer in people.”