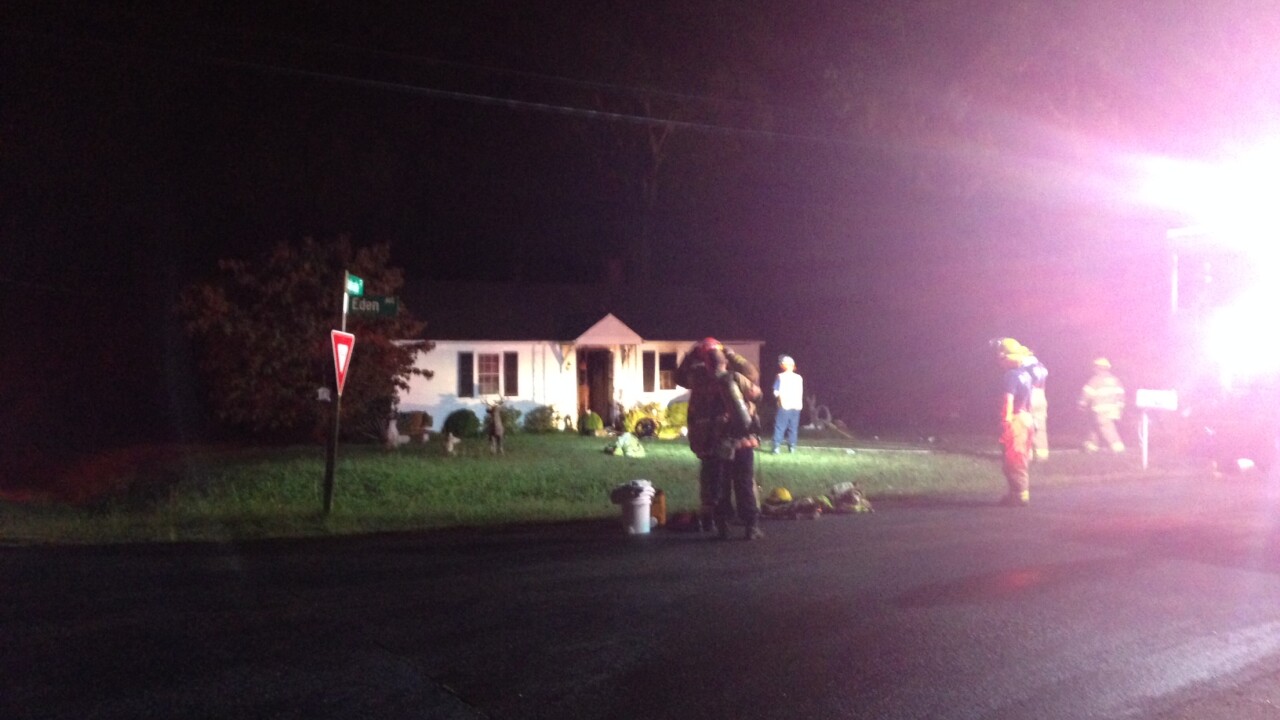 HENRICO COUNTY, Va. — The Fire Marshal’s Office has determined electrical cords in the living room caused an early morning house fire in Henrico. Firefighters were called to the 1600 block of Eden Ave, off Bickerstaff Road, at about 2:37 a.m. Saturday.

“First arriving units reported smoke coming from the single story house and flames visible inside,” Henrico Fire spokesman Capt. Danny Rosenbaum said. “A quick knockdown was made on the fire and no one was home at the time of the fire. There were no injuries reported due to the fire.”

Rosenbaum said the home did not have a working smoke alarm. The fire department offered the following reminders about extension cords in the home:

Choose the right extension cord for the job, and use it as specified.

Overheating can occur at the plug, at the socket, or over the entire length of the cord. Hot plugs and sockets are often caused by deteriorated connections to the cord’s wires. Look for visible signs of excessive wear or damage to the plug, sockets or insulation. Replace damaged extension cords.

Protect Extension Cords from Damage
Do not run extension cords under carpets, through doorways or under furniture. Only use an extension cord outdoors if it is marked for outdoor use. Never alter a cord to change its length or perform inadequate repairs such as taping up damaged insulation. Do not trim, cut or alter the plug blades in any way. Unplug an extension cord when it is not in use. The cord is energized when it is plugged in and can overheat if shorted.

Discard cords that are old and/or are missing important safety features, including safety closures, polarized
blades and a large plug face that covers the outlet’s slots and is easy to grasp to unplug.

Extension cords should be at least 16 AWG, unless they are 18 AWG with fuse protection. AWG refers to the size of the wires in the cord. The wire size is imprinted on the cord’s surface.

Check cords to make sure they have been listed by a recognized national testing laboratory, such as Underwriters Laboratories (UL), Intertek (ETL) or CSA-International (CSA). Publication 5032 009810 042012 CPSE