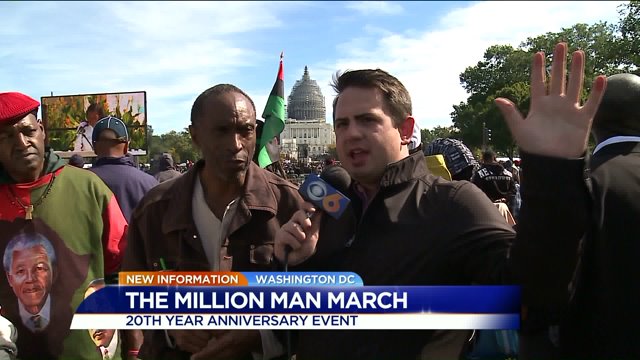 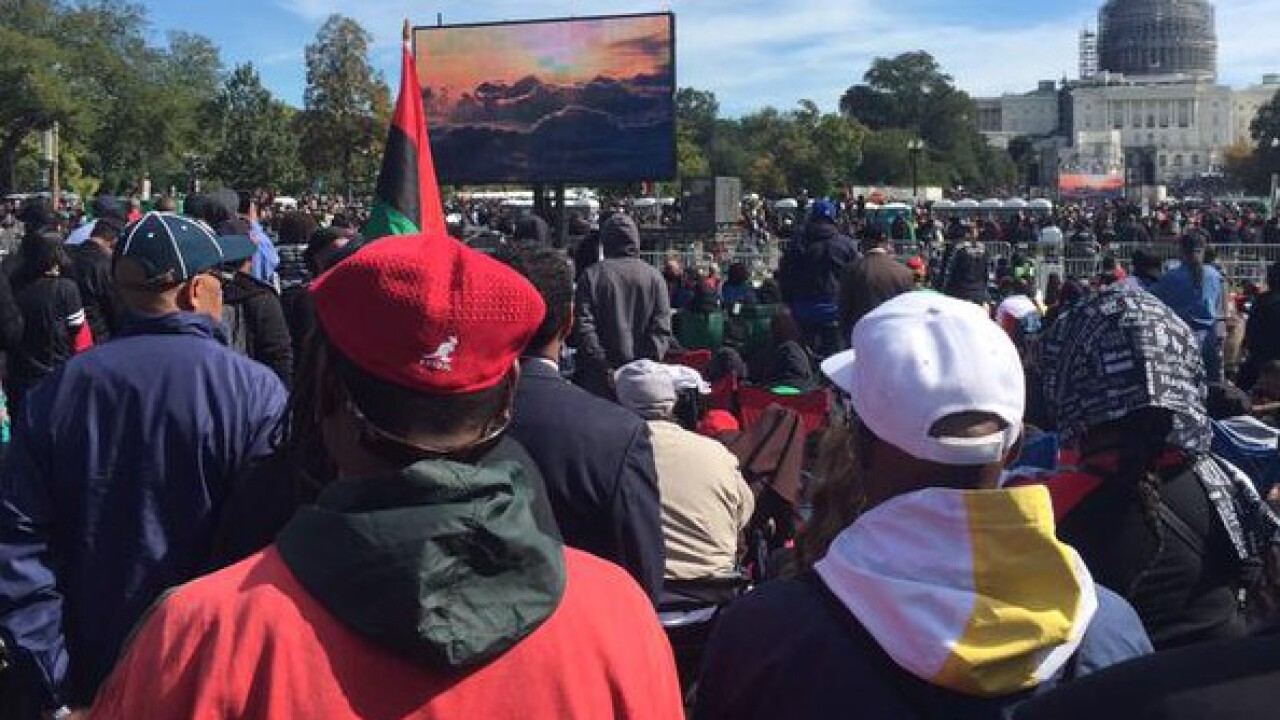 "Justice or Else" was the theme of a rally Saturday organized by Nation of Islam leader Louis Farrakhan to mark the 20th anniversary of the Million Man March.

Messages from the first march were echoed Saturday in speeches from African-American leaders, including Farrakhan, calling for unity and institutional reform in social justice issues affecting the black community.

Farrakhan, 82, spoke to the crowd on the National Mall in Washington and reflected on the importance of passing the torch to the next generation.

The overall message seemed to be directed at the black community at large, not just men. Many women and children were in the crowd and Farrakhan talked at length about how men should honor women.

Another difference: This rally was clearly aimed at the digital generation. A website,www.justiceorelse.com, carried a live webcast of the events and made it easy for people to donate money or volunteer. Speakers encouraged the crowd to share images and video of the rally on social media, and #MillionManMarch became a trending topic for much of the day.

The first march on October 16, 1995, drew attendees -- most of them black men -- to Washington from all over the country for more than 12 hours of speeches calling on black men to take responsibility for improving themselves, their families and communities. On that day, Farrakhan spoke for more than two hours and expounded on the role of white supremacy in the country's suffering while calling on black men to clean up their lives and become better fathers, husbands and neighbors.

"Moses was not an integrationist and neither are we," he said. "Let me be clear. America has no future for you or for me. She can't make a future for herself, much less a future for us."

On passing the torch, he specifically mentioned Black Lives Matter, the group that arose in response to police-involved deaths of black men, as the "future leadership."

Civil rights leader Benjamin Chavis, who attended the first march, noted that in the crowd 20 years ago was an Illinois state senator who went on to become President, "so we've made some progress," he told the crowd.

"But you and I know we've got a lot more progress to make," he said. "There's too much injustice, too much inequality, too much mass incarceration ... too (many) situations in our community that need addressing, and that's why we're here today."

U.S. Rep. Danny K. Davis, D-Illinois, who also was present in 1995, said the rally was a testament to struggles and progress, past and present.

"We will march on so over-aggressive law enforcement procedures will not be the order of the day. We will march on until every child has access to high-quality education. We will march so that every citizen will know that they can get health care," Davis said.

"Today's gathering is a reaffirmation of the faith that the dark past has taught us and of the hope the present has brought us."