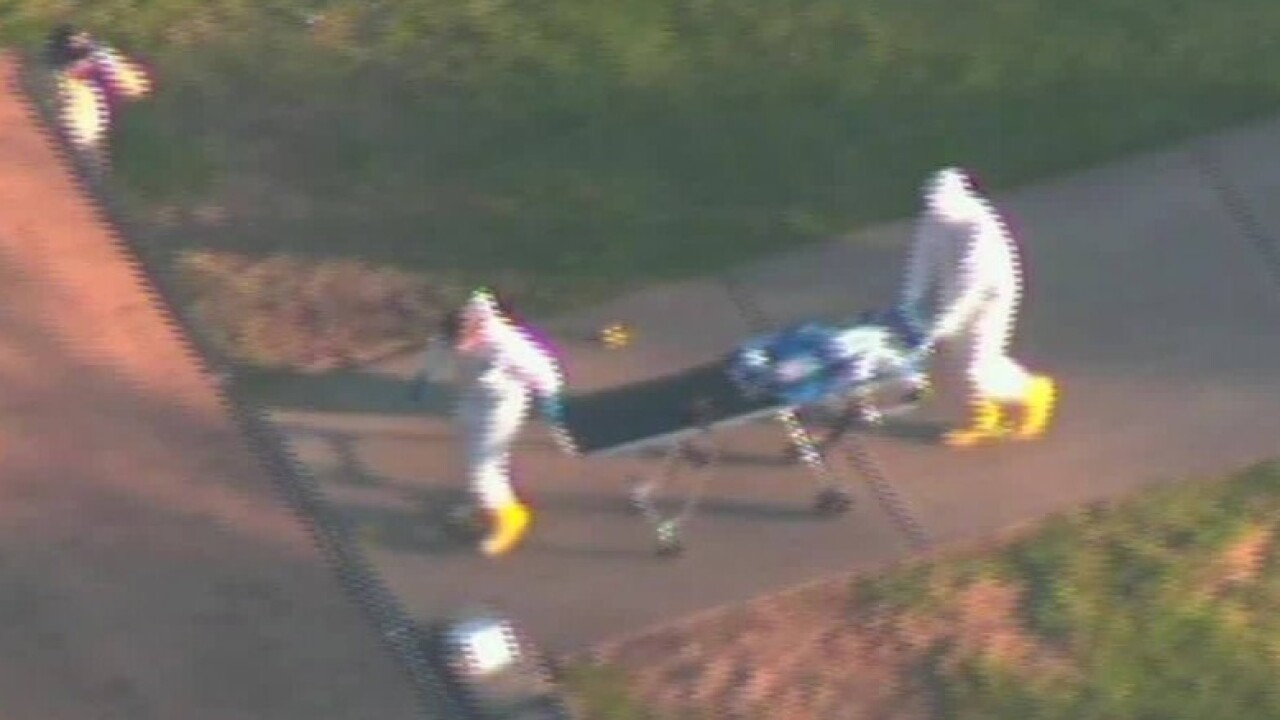 Mathew Downing was dubbed “the lucky one” by the Oregon community college shooter.

A dubious nickname, if ever there was one. Downing got to live, but he watched Christopher Harper-Mercer gun down his teacher and classmates.

In a statement provided to CNN by Downing, he recalls the horrific events of October 1 and how the gunman methodically went about his business before taking his own life.

Gunfire erupted in the Umpqua Community College classroom about 30-40 minutes after class started.

“I couldn’t hear anything when he had walked in because my ears were ringing so badly,” Downing said. “When I saw the gun when he walked in, the first thought in my head was that this couldn’t be real.”

Harper-Mercer told everyone to get on the ground.

“I listened and figured that if I did so throughout I wouldn’t be harmed,” he said.

But not everyone would be as fortunate.

With everyone herded into the middle of the room, Harper-Mercer put a backpack on the front desk and pulled out an envelope with a flash drive inside. The gunman said whoever survived could give it to authorities.

“He looked directly at me and said, ‘hey kid with the glasses, you are the lucky one, I will not shoot you if you give this to the cops.'”

Downing stood up. That’s when Harper-Mercer pointed the gun at him.

“This is the moment I thought I was going to die,” Downing said. “He paused for a second and then handed the envelope to me and said to sit in the very back seat and face him.”

The shooter opened fire again, firing into the crowd of students in the center of the room.

Are you a Christian?

Downing then recalls the most chilling scene to come out of the school shooting.

“The shooter … asked one of the other students to stand up and, when he did, asked him if he was religious. The student said he was Christian and was shot.”

This continued with another person, who acknowledged he was Catholic, but wasn’t sure if he believed in an afterlife. Downing said he was shot, too.

Random shots at people lying on the ground followed and then a few out the door of the classroom.

“When he looked back in, he looked at everybody and said that he was glad there were some people alive,” Downing said.

But Harper-Mercer wasn’t done yet. He fired on at least one more person, shooting through a desk to hit her in the leg.

Police on the scene

The gunman’s focus shifted when police showed up. Harper-Mercer fired some shots outside the classroom, then reloaded his handguns with ammunition from his backpack, according to Downing.

Leaning out of the classroom, the shooter exchanged gunfire with police before being shot by officers.

“When this happened, he laid down on the ground and shot himself in the head,” Downing said.

When Harper-Mercer took his life, the terrifying events of that Thursday in Snyder Hall on the UCC campus came to end.

When a life comes so close to ending, it gets a person thinking about life, even if you’re an 18-year-old college student.

“The final thing I want to add is … that any day could be your last,” Downing said. “You don’t want anybody’s last memory of you to be a bad one so everybody needs to take it upon themselves to just be a lot nicer to people.”