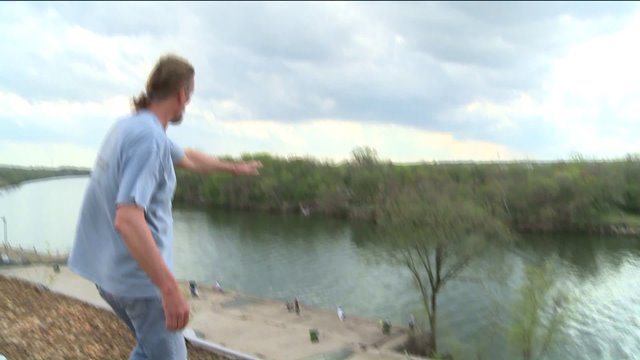 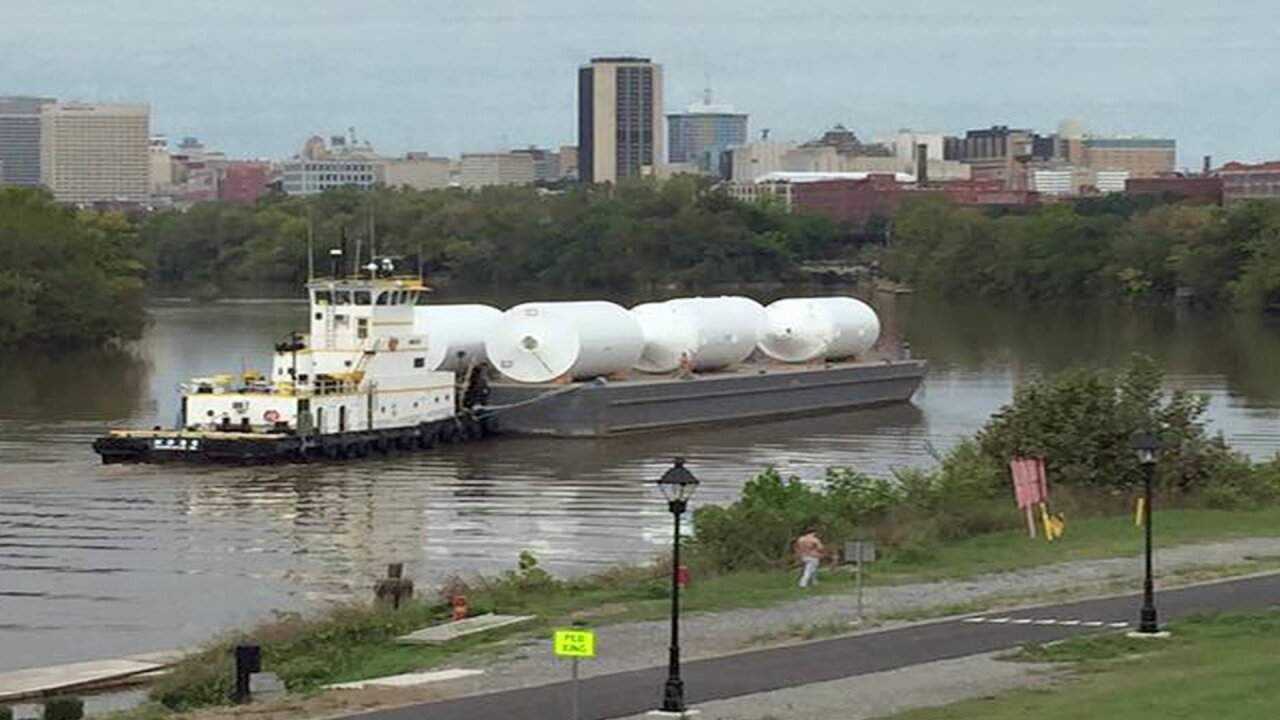 RICHMOND, Va. -- The massive, 1,000-barrel brewing tanks from Germany that arrived by barge up the James River to their new home at Stone Brewery this week drew scores of residents to the riverfront to watch.

Once again, the Intermediate Terminal worked as a port - to power its new identity as an urban wonderland.

No one expects the port at Rocketts Landing  -- once thought to be the busiest in the land - to attract any more cargo ships.

But city leaders see it drawing visitors to the old port, and linking Richmonders to the river.

"The mayor has often said about the riverfront plan he wants to be able to have people to go down the (river) and dip your toes in the water," said Mark Olinger, director of Richmond's Planning and Development Review department.

"The great thing about this portion of the riverfront," he added, "no highways, no railroad, no floodwalls. So the ability of people to interact with the water down here is much different than it is at other locations."

1,000-barrel brewing tanks from Germany arrive on the James River.

And once again, Richmond's waterfront becomes a major beer destination as the California-based Stone Brewery builds its massive new plant two blocks away from the wharf. (You may recall that Richmond had a big Yuengling brewery at Rocketts 145 years ago.)

Part of the sweetening Stone got from the city was a long-term lease on one of my favorite buildings, the old sugar warehouse at the Intermediate Terminal, for their brewery associated restaurant and bistro.

It's a one-of-a-kind building, sitting on 40 stilts with traffic on Water Street flowing beneath it. Stone plans to open up the block walls and fill them with glass. Outside will be seating and boulders and landscaping.

If it looks anything like their other bistro's, it should be epic.

But what about all the other land between the huge Rockett's Landing development and Shockoe Bottom?

Water Street is going away and the bottom beside the old warehouse becomes parkland for walking, biking, picnicking and boating beside the now much-used Capital Trail that was part of the UCI bike race course.

(Anyone who still thinks that race was a negative should check out this riverfront.)

The plan beyond the parkland is for some upriver development by Rocketts and maybe, eventually, some more development on the ridge just above Water Street.

But Olinger said they're still in the planning and refining phase and they want to get this area right. It will takes years to get it sorted out, he said, and "things will change."

And remember, much of this is in a flood plain.

But the general plan for public-use parkland is in motion.

"Bringing the city closer to the water is a great thing," Olinger said, "and this is a great first step."

Check out the video to see how it will look.