After 13-years away, football returns to town with Heroes on Helmets 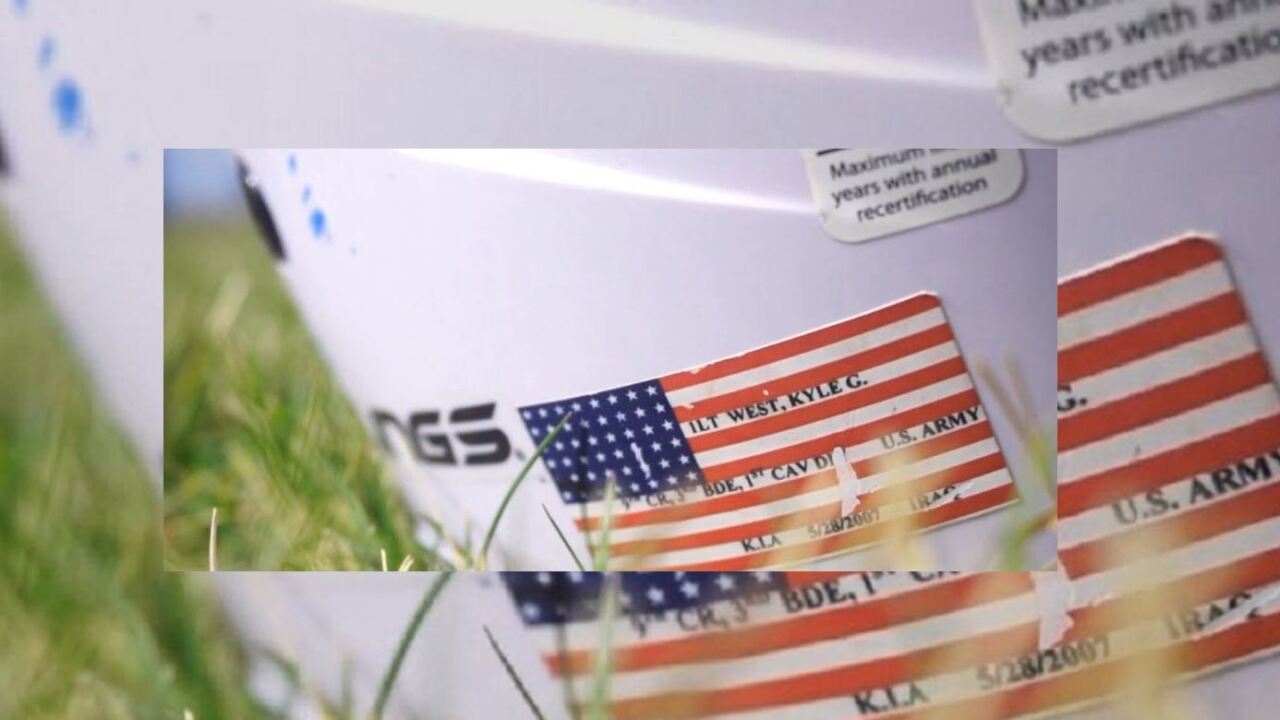 MONTPELIER, Idaho — Thirteen years without football and now an undefeated season. How does a team do that? Well, just ask the coaches and fans in the small town of Montpelier, Idaho where football has taken on a whole new meaning.

It is an old railroad town 160 miles northeast of Salt Lake City, outside of Preston, Idaho.

This little town has a lot of character and a lot of love for sports. Just ask Debbie Keetch, the athletic director at Bear Lake Middle School, with its 250 students.

“Sports is a big part of our town,” Keetch told KUTV.

That’s why it’s hard to believe that for the past 13 years Bear Lake Middle School has been without football that is until this year. Thanks to a team of parents, football is back at the school. Not only has it returned, but its back with a purpose inspired by the new seventh grade head coach, Dave Lindsay. He is a military veteran from a small town in Texas.

“Everybody is in football, even [in] the small towns,” Lindsay said about Texas.

The Bear Lake Cubs are gearing up for their second-to-last game of the season. They are currently undefeated. In fact, before this game, no team has even scored against them. Luck? Great coaching? Or just maybe does it have something to do with the little American flags of fallen war hero’s placed on the back of each of the boy’s helmets. On the flag is listed a soldier’s names and where they were killed in action.

Lindsay calls it Heroes on Helmets. A concept, the boys, say is giving them new inspiration to play.

“It makes me feel like football has a purpose now it’s not just about winning and losing, it’s about representing something bigger than just a sport,” said Cubs player, Gabe Hiller.

But, it’s not about just knowing the names. The boys are asked to get to know how their hero lived and died.

“The whole reason we are doing what we are doing today has to do with those who paid the ultimate sacrificed to make sure our freedoms are still preserved,” Lindsay explained.

That purpose is spreading across town.

Just stop by VFW post 3884 where the Vietnam veterans couldn’t be prouder of the football team.

“That shows there is still some kind of patriotism in the United States,” Bolton said. “It’s very warming to your soul to see people being that way.”

To show their support, those from the post are also the honor guard to start off the home game. Before the boys take to the field, each fallen hero’s name is announced.

The Cubs verses the undefeated Malad Knights. On one of the first plays of the game, the Cubs run it in for a touchdown.

“When they are tired, and they look and see the name in the back of the helmet in front of them, and they realize hey that guy didn’t quit then it kind of helps keep them going,” Lindsay said.

But, this isn’t just about great plays, hitting hard, and winning football games. This is also about what happens off the field. According to parents, it’s what’s happening inside the home where they are seeing a lot more respect like “yes sir” and “yes mam,”

“Just the respect for adults and authority, that part has been amazing to watch these little seventh graders to really have a transformation with, not only how they react as a team, but with adults,” explained parent, Todd Garbett.

Thirteen years without football and now a team of boys who play for more than just themselves.

“We do everything as a team not leave anyone out,” said player Brendon Burbank.