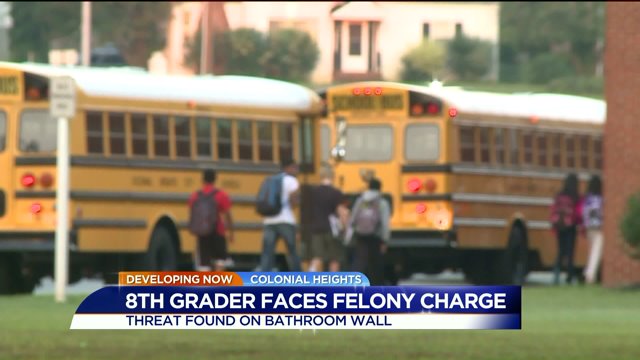 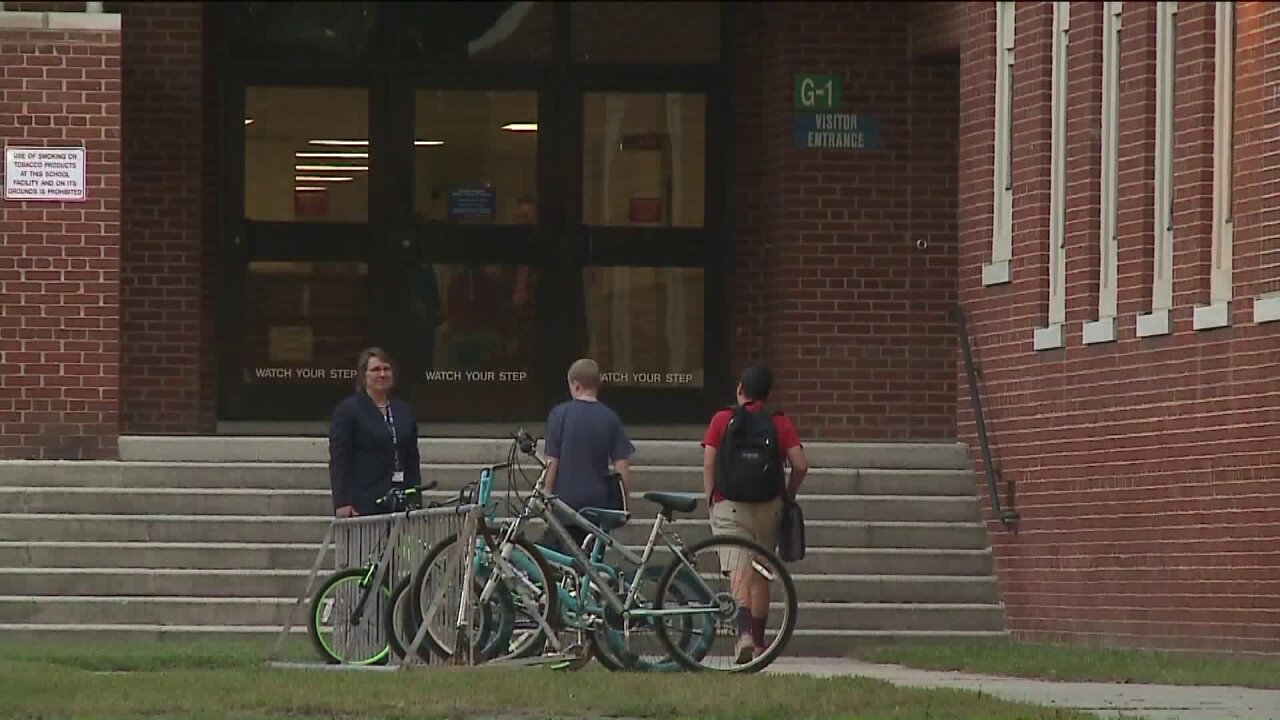 COLONIAL HEIGHTS, Va. -- An eighth-grader has been slapped with a felony charge for writing a threat on the bathroom wall at a local middle school; amid multiple threatening messages made in three different counties this week.

Police have said that anyone else caught leaving a similar message will likely face the same charge.

Parent Cheva Smith said she has taught her kids the important message that making any kind of threat is no joke.

And she said that is why she thinks news that a 13 year old was arrested on a felony charge is a learning lesson for everyone.

Police said the student reportedly drew a gun with a date next to it in the bathroom at Colonial Heights Middle School.

"I think the felony should stick,” said parent Donna Dykes. “That way it teaches these kids that they aren't playing.”

Unfortunately, these kinds of threats are becoming more common. Just this week at least six other threats have been made among Henrico, Goochland and Colonial Heights County schools.

“Today the information sources are so great that you're going to hear about them more readily and frequently,” said Dr. Stewart Roberson , a former superintendent .

“School leaders when they come across any actions that threaten the safety and security of those environments they can expect the school leaders are going to take action,” he said.

Roberson said in today's society, school leaders are constantly in communication with law enforcement to work with them.

And while some parents believe this punishment may be too harsh, others said it will hopefully be an eye opener to students on just how serious these kinds of threats are and how the extra personnel strains law enforcement resources.

Legal expert Todd Stone said that the felony charge will be wiped out at age 18, but he also said there are still consequences.

“He could face time in a detention facility, and could be incarcerated the juvenile equivalent to an incarceration so that's why the penalty for this sort of thing is really severe.”