Why this cat abandoned at shelter may be ‘unadoptable’

The cat is not doing well. Wayne Covil reports for WTVR.com.

COLONIAL HEIGHTS, Va. -- Animal welfare workers are desperately hoping someone can help identify a woman who dumped a cat outside the Colonial Heights Animal Shelter before the facility opened Wednesday morning.

While surveillance video shows the woman breaking the law, officials are more concerned about getting answers to explain the cat's bizarre behavior.

The cat's seemingly aggression nature has employees keeping its cage covered and avoiding the animal.

Abandoning an animal unattended outside an animal shelter is a Class 3 Misdemeanor in Virginia in an effort to prevent the unthinkable from taking place.

In fact, the security camera system was installed at the shelter because of the high number of drop offs they have experienced in the past.

Even with the system, the shelter still averages about one drop off a month, which is a big concern for another reason, according to Sgt. Ruxer.

"There are coyotes and foxes in this area and even though the cat was dropped off in a small cage, a coyote would have been able to break into that cage and get to that animal," Adamchick said.

The cat remains in seclusion while employees trying to give the animal time to become acclimated with its new surroundings. Workers at the shelter are hoping he or she will make progress.  so that it can be adopted. If the feline does not improve and can not be adopted, it will likely be euthanized.

"While we do everything we can to prevent having to euthanize Animals, it does happen occasionally, if the animal is unadoptable or it's health is so bad that we can't help it at all," Ruxer said.

SHARE to to help FIND this woman and hold her accountable for her actions. 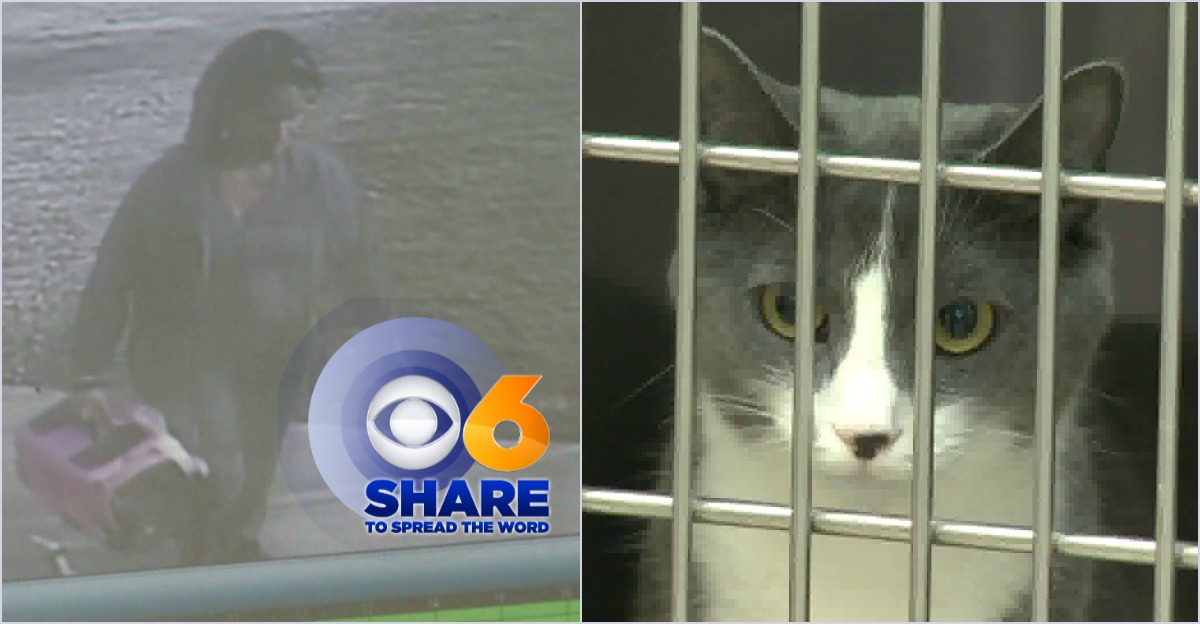