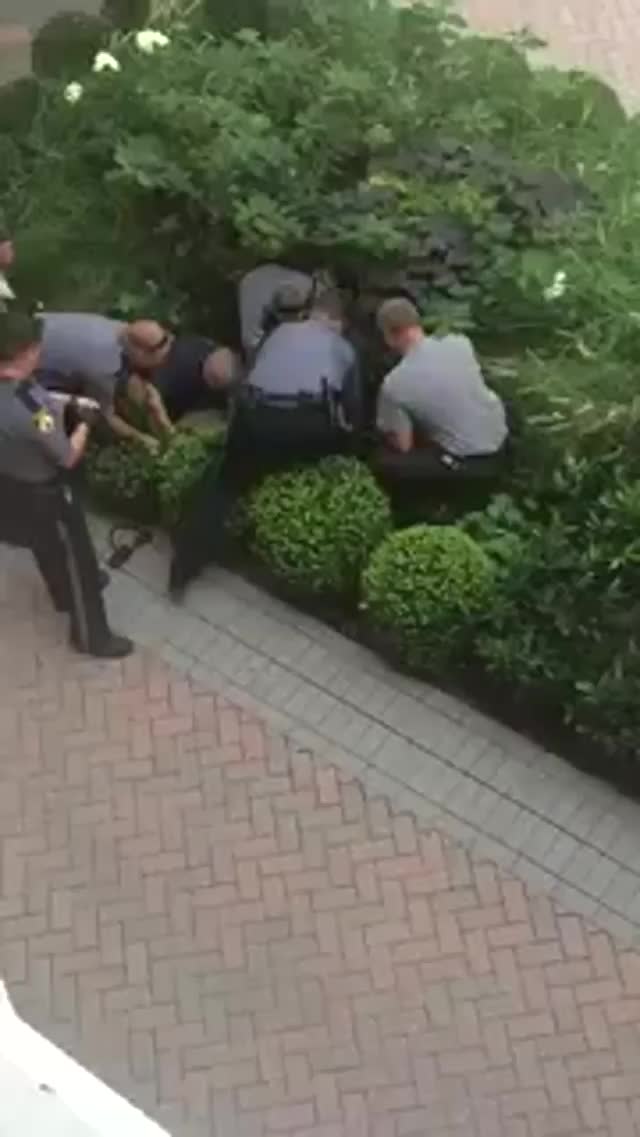 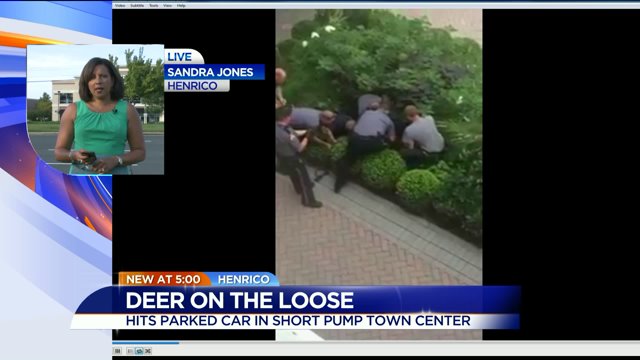 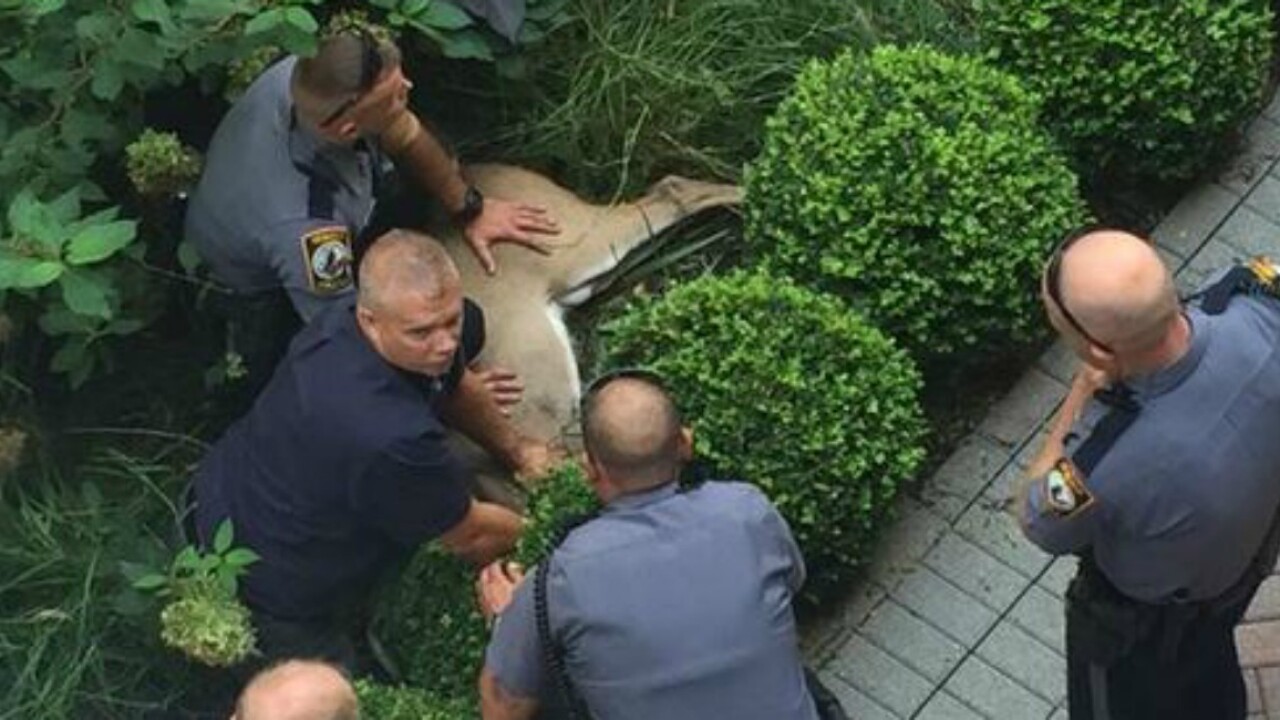 SHORT PUMP, Va. -- A deer ran through Short Pump Town Center in western Henrico Thursday afternoon. One mall worker said the deer appeared injured and bleeding as it ran through the shopping center. A photo and video of the scene at the mall showed police and security captured the animal in a green area inside the mall near the Dillard's department store.

Henrico Police were dispatched to the mall at about 12:40 p.m. for the incident.

Almost got run over by a bleeding frantic deer while walking through short pump...if that's not bizarre idk what is 😳

The deer hit Erik Eckard's parked car outside of the shopping center before it entered the mall.

"I noticed a deer than had a little bit of blood on its face," Eckard said. "It was running back and forth. The next thing you now it started to approach me and I hid behind our van."

Eckard said it was then the deer jumped and landed on his windshield.

After the deer hit Eckard's car windshield, it jumped on top of its car damaging the roof of Eckard's car.

The condition of the deer has not been released at this time. This is a developing story.