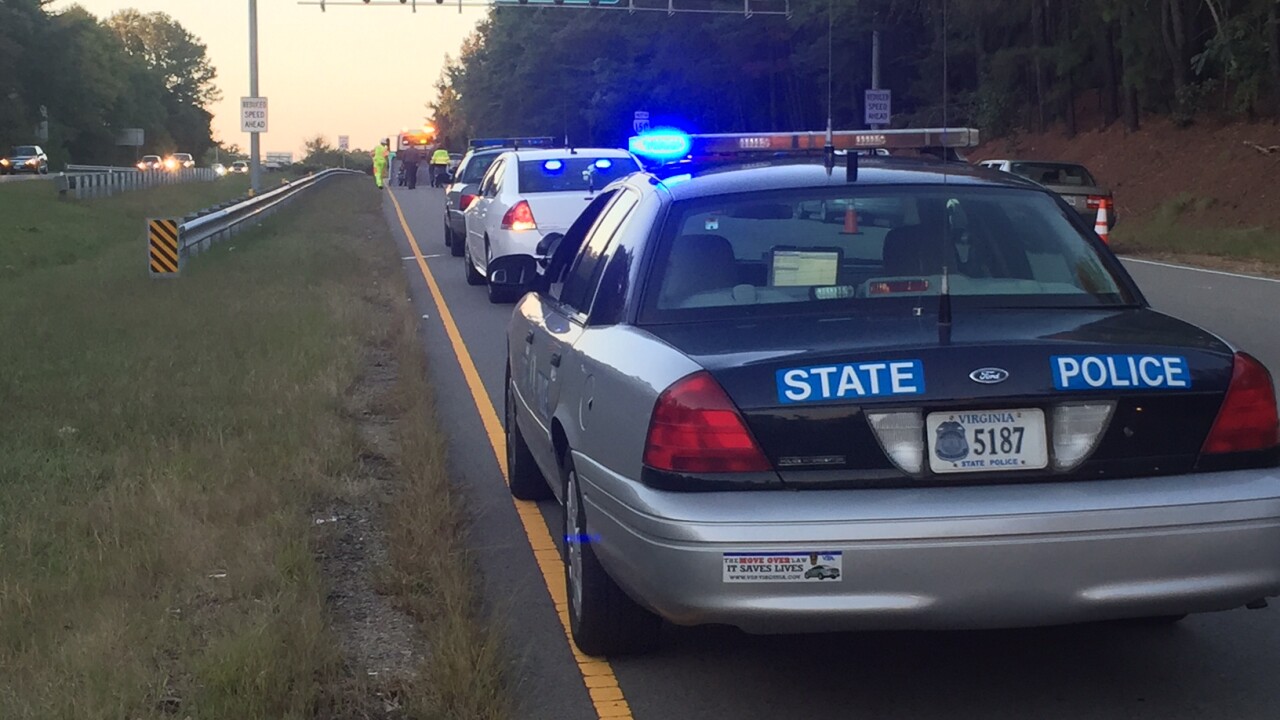 CHESTERFIELD COUNTY, Va. — A motorcyclist has serious injuries after an accident involving a motorcycle and a sedan Wednesday afternoon.

The trooper’s investigation revealed that a 1991 Honda motorcycle had slowed for traffic when it was rear ended by a 2008 Nissan Altima.

The operator of the motorcycle was transported to Chippenham Medical Center with serious injuries.

The driver of the Nissan has been charged with following too close.

The names of the parties involved aren’t being released at this time.