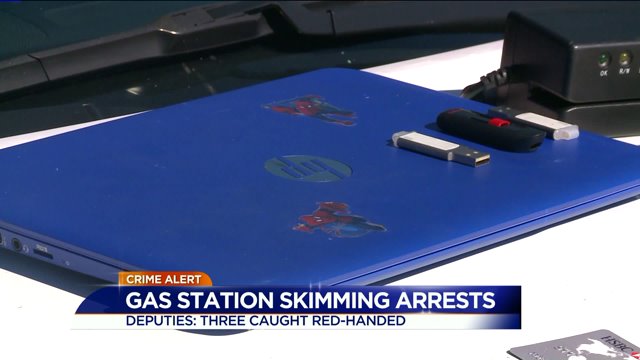 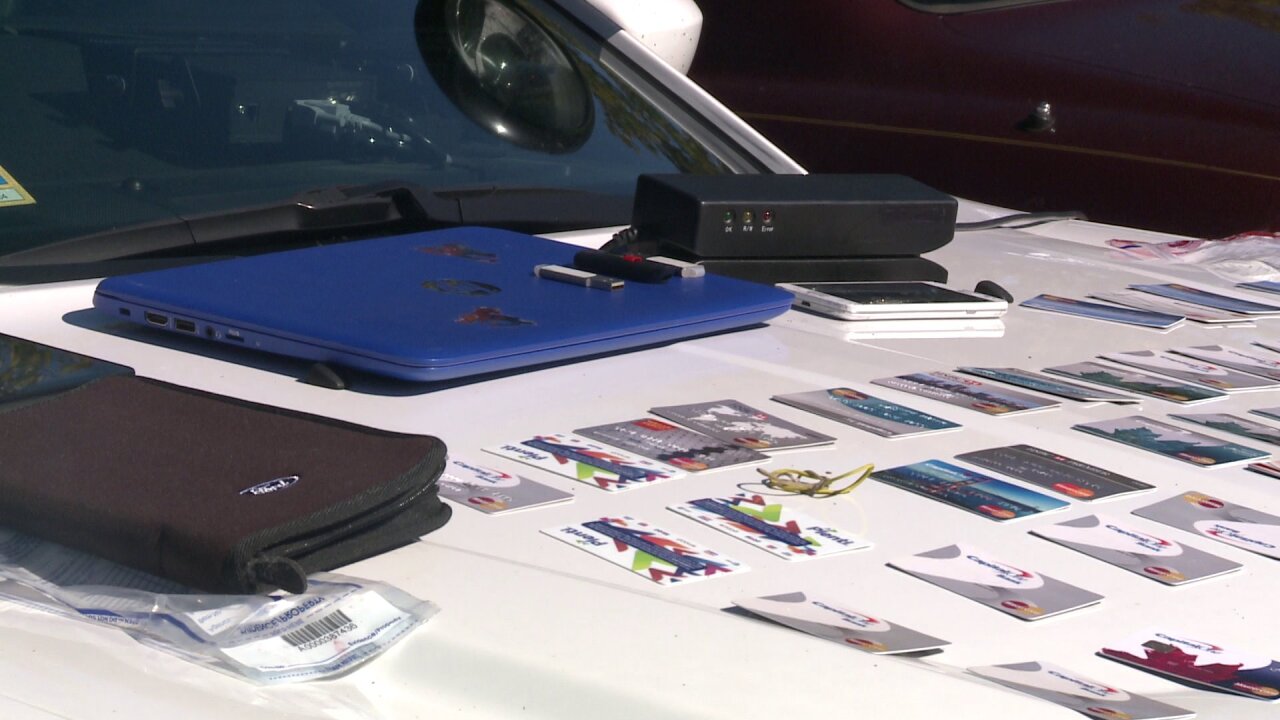 CAROLINE COUNTY, Va. -- Three men were arrested Tuesday in a cigarette and illegal credit card bust in Caroline County, and the men were all from out of town.

Deputies said the three men were inside a Love’s truck stop in Caramel Church trying to use stolen credit card information.

Credit cards, cash and tools for credit card skimming were all on display on top of the hood. The men were caught, police said, in a web of fraud and felonies.

"All are from New York, one American and two Jamaican citizens,” said Lt. Travis Nutter.

Caroline County Sheriff Tony Lippa pointed out the widespread impact of such crimes. “Everyone can be a victim of this type of crime," said Lippa.

Alert clerks at the truck stop tipped deputies off around 12:30 Tuesday afternoon that the credit cards the three men were allegedly trying to use to buy cigarettes were fraudulent.

"After further investigation, and a search of the suspects’ vehicle, deputies found more than 100 credit cards, laptop, tablets and skimmers," said Nutter.

"That information can be encoded into any credit card.  It doesn't matter the number, they just change the digital data," Nutter said.

Deputies said those underground sites get the stolen information from crooks that place skimmers on ATM machines or at gas pumps.

How prevalent is the problem?

CBS 6 obtained Federal court documents Tuesday that show three men are on trial for repeatedly placing skimmers on pumps at a West End gas station on Ridgefield Parkway in Henrico. The three men pled not guilty and their case doesn't appear to be connected to this Caroline County case.

Sheriff Tony Lippa said what happened Tuesday may have longer tentacles that will most likely lead to federal agencies’ involvement.  "It's tied to something bigger,” he said. “The vehicle was registered to Georgia and tracks them to New York.”

Lippa said with Interstate 95 so close, thieves try to pull off these types of crimes with hopes of a fast getaway.