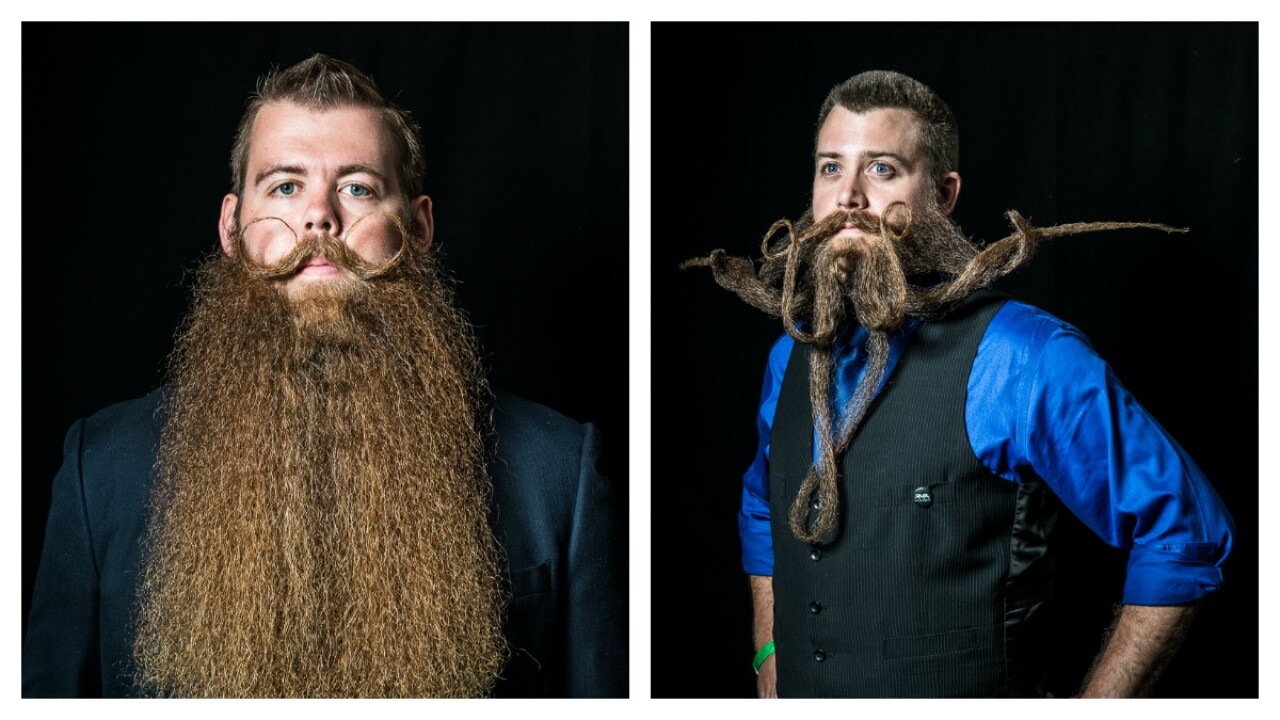 RICHMOND, Va. – A delegation of around 60 Americans journeyed to Austria for the 2015 World Beard and Moustache Championship in Leogang, Austria, but it was two Richmonders who proudly represented Virginia – and brought home wins.

The event has taken place the past 25 years, every odd-numbered year, at different locations worldwide.

On Oct. 3, there were roughly 350 competitors from 21 teams across the globe, according to Black.

It was a bucket list opportunity that the guys called “humbling and exciting.”

“We both wanted a single-digit finish, so anything within that was great,” Black said. “Bringing the bronze back to RVA is certainly a proud moment.”

“We’re often people’s first exposure to Richmonders, and when we travel we see ourselves as city ambassadors,” Roberts said. “Our participation in the World Championships is a way to help redefine RVA to others and show them that Richmond is a great city, filled with amazing people.”

Black said that community is the main focus of the RVA Beard League.

The group has adopted two roads, and given back over $10,000 annually through a local beard competition, most recently to the Paralyzed Veterans of America- Mid Atlantic Chapter.

Their local competitions have drawn international competitors and have cumulatively raised over $30,000 for Richmond charities.

They also help with events like the Folk Festival, Special Olympics, various races, and other community events.

“Simply put, we abide by and support the 3 Cs: community service, charitable fundraising, and camaraderie.”

They also hope to change “the preconception that we unkempt, gross, or unruly people,” said Black. “We are successful and obviously hygienic, and love giving back to the community so it’s really rewarding to bring a positive light on facial hair.”