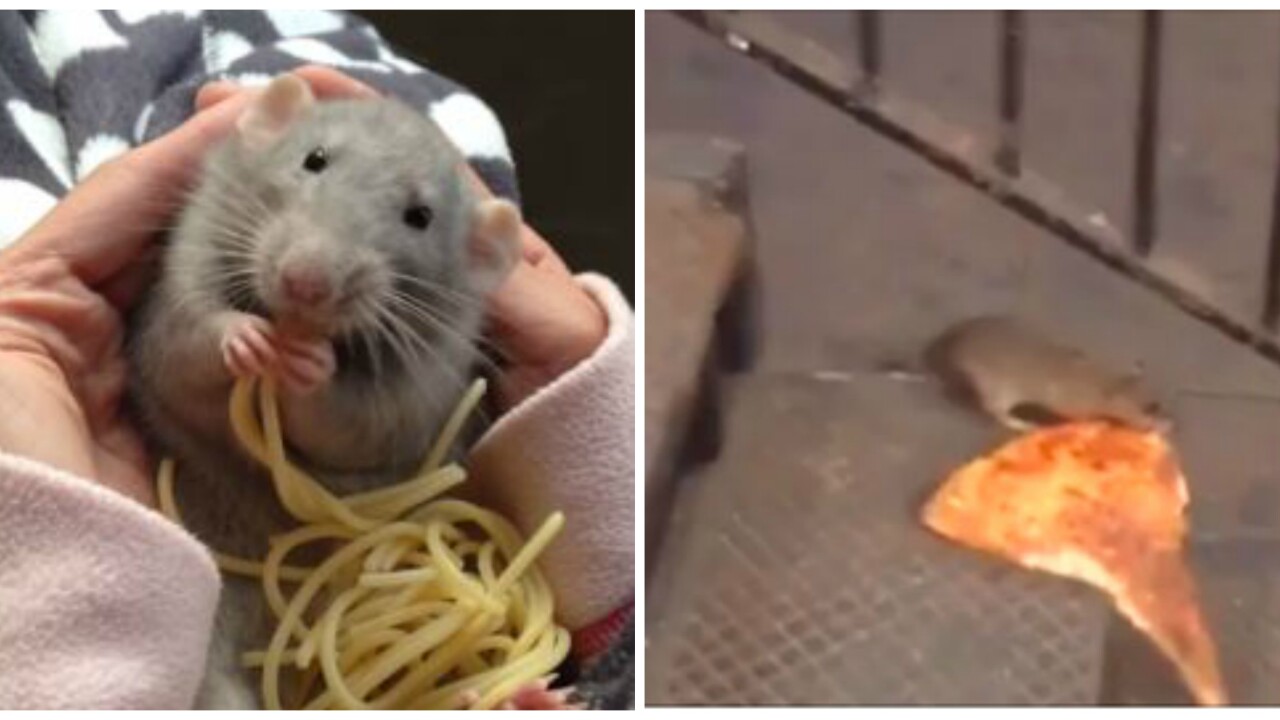 After Pizza Rat took the internet by storm last month, Baby, the Spaghetti Rat is now trying to take it’s place as the top rat on the internet.

A video of a little rat named Baby eating strands of spaghetti noodles has surfaced online. The video was filmed a year ago, but is now starting to gain traction on the internet. At this point, it has just over 200,000 views on YouTube.

Last month, Pizza Rat, was filmed dragging a slice of pizza down New York City subway stairs, and became an internet sensation with over 7 million views on YouTube.

Who did it better — Pizza Rat or Spaghetti Rat?