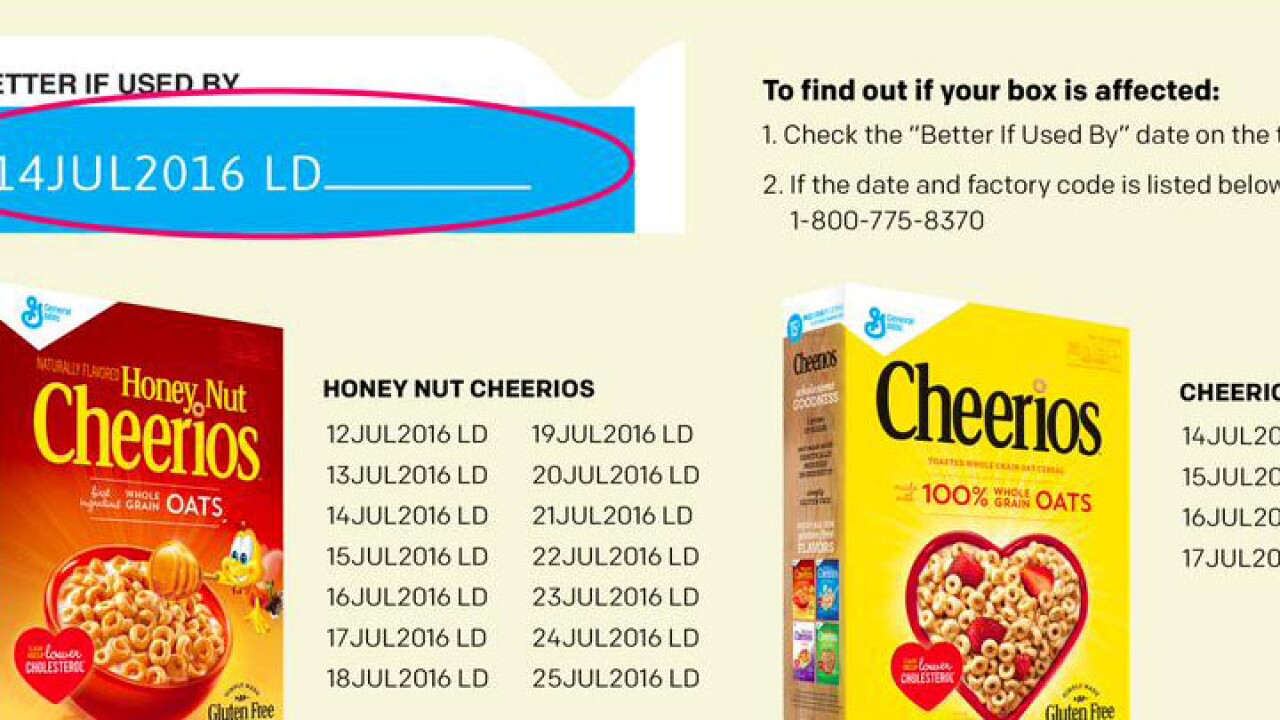 LODI, Calif. — Cheerios announced Monday, and posted on social media, that boxes of original and Honey Nut Cheerios cereal are being recalled due to an incident at their production facility in Lodi, Calif.

According to the company, the incident allowed wheat flour to enter their gluten-free oat-based system.

As a result, original and Honey Nut Cheerios produced during a two-week time period in July may contain wheat and were wrongly labeled “gluten free,” the company said.

“We want to reassure you that this was an isolated incident and we have implemented a solution to ensure that this will not happen again,” the company said Monday.