South Carolina may get another foot of rain; Joaquin heads towards Bermuda 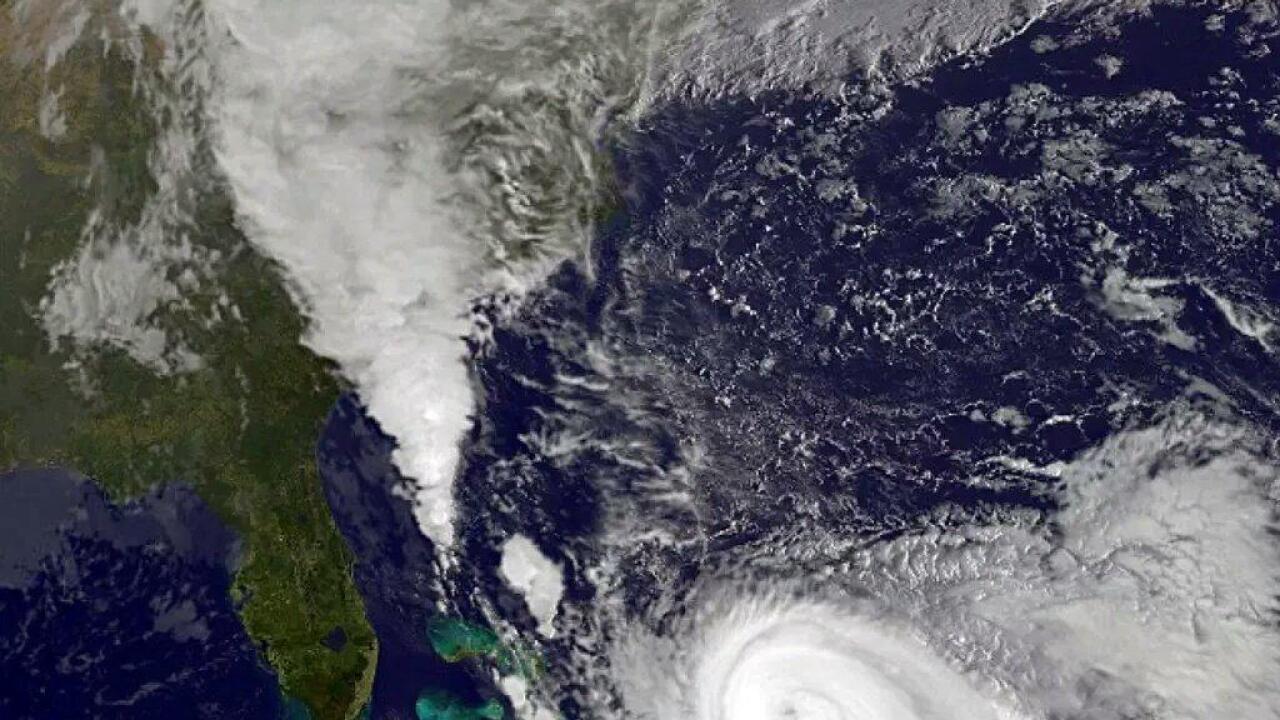 RICHMOND, Va. — A stagnant weather pattern is continuing to produce record-breaking rainfall across parts of the Carolinas.  Sections of South Carolina received over eleven inches of rain Saturday, and another foot of rain may fall by Monday morning.

Here is a doppler plot of 48 hours of rainfall.  Southeastern Virginia had sections with 1-2″, parts of North Carolina saw in excess of 5″, and southeastern South Carolina received the highest amounts.

A stalled front and a coastal low have provided a stationary set-up over the past few days, producing continual rainfall across South Carolina.  Some moisture from Hurricane Joaquin was drawn into the coastal system Friday into Saturday.

The wind streamline plot shows the curl around Joaquin, just southwest of Bermuda.  Another curl is near South Carolina, and this marks the coastal low.  All of the winds are slamming up against the east coast.  This has helped produce the heavy rainfall, as well as strong wind gusts, extremely high waves, and elevated tide levels.  Even though our rainfall was not as heavy, coastal flooding continues to be a threat in Virginia.

The steady stream of rain Sunday into Monday may produce some localized 15″-20″ totals of additional rainfall across South Carolina.  Click here for more on the flooding from CBS News.

Hurricane Joaquin had wind speeds of around 150 mph Saturday evening, but winds had decreased to 115 mph by mid-morning Sunday.  The forecast track keeps the center of the storm just west of Bermuda, but the eastern half of the storm will pass over the island.  Wind speeds of 75 to 105 mph are possible as the storm passes by Monday morning.  Wind speeds will decrease as the storm continues to progress northeastward.  Due to the faster forward speed, the duration of strong winds will not be as long as what the Bahamas experienced, and rainfall amounts will be in the 3-6″ range.

After passing by Bermuda, Joaquin will move into the northern Atlantic, away from any land.  It will continue to cause strong surf along the east coast of the United States early this week.

More information can be found in the CBS 6 Hurricane Tracker.