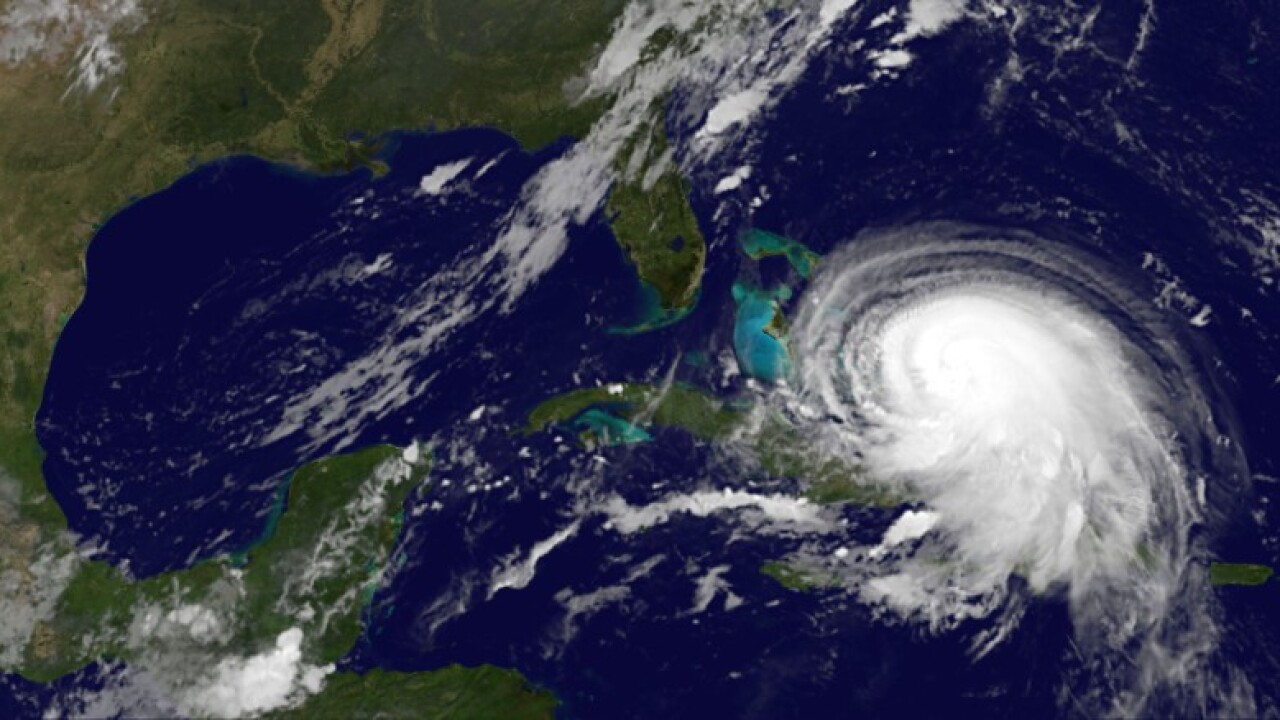 Somewhere near the Bahamas, a container ship with 28 Americans and five Polish nationals was still missing Saturday, lost in ocean waters roiled by a Category 4 hurricane.

More than 48 hours since the U.S.-flagged El Faro was last heard from, the Coast Guard pressed its air search in the ferocious conditions of Hurricane Joaquin, with winds blowing 130 mph, for the massive vessel and its cargo of tightly stacked containers and 33 souls.

On Saturday night, the Coast Guard tweeted one piece of hopeful news. A life ring from the ship was located by one of the air crews searching the waters.

The 790-foot ship and its crew set out Tuesday on what ordinarily should have been a routine voyage from Jacksonville, Florida, to Puerto Rico. But the El Faro was caught in one of the fiercest storms that Mother Nature can conjure. Its last known location was off the Bahamas.

Five aircraft on Saturday searched with radar over the tempestuous seas for the El Faro, which was last reported its position and its problems Thursday morning.

“The Coast Guard has been doing search and rescue for more than 200 years, and this is right up their wheelhouse,” Chief Petty Officer Bobby Nash said.

The Navy began assisting the search.

Already, searchers have scoured 850 square nautical miles of seas near the Bahamas.

In a note of nautical irony, El Faro means lighthouse in Spanish. If only the ship were one, perhaps the Coast Guard and Navy could find it.

Family asks why did ship set sail into storm?

The meeting was emotional, said Anthony Chiarello, president and CEO of TOTE Inc., which owns the El Faro.

“Met with as many families in person we could that have loved ones on board the vessel El Faro,” Chiarello told the station.

A majority of the crew has ties to Jacksonville, Florida, said TOTE Services President Phil Greene.

Family members told the affiliate that they wondered why the ship sailed into what was then a tropical storm in the first place. The vessel departed Tuesday from Jacksonville for San Juan, Puerto Rico.

When asked about relatives’ questions, Greene told the station: “The captain knew the conditions and communicated back to our headquarters. The conditions were, as he saw them then, favorable. He was very confident the ship was doing well, the crew was quite up to date.

“I think the most critical importance for us is that we share as much information as we have, that we’re upfront about the situations as we possibly can be,” Greene told the station.

The company is flying some family members to Jacksonville so the firm can meet with them.

Meanwhile, family members are asking everyone to pray, the station reported.

The search teams — and hopefully the lost ship crew — have weathered 150 mph gusts, 30-foot waves, and a torrent of rain.

On Friday, the Coast Guard dispatched a cutter ship, an MH-60 Jayhawk rescue helicopter and a C-130 Hercules airplane, but while the C-130 flew as low as 2,000 feet — far below the normal 10,000 feet for such a storm — it was not able to get close to El Faro’s last known location off the Bahamas.

“There’s so much wind, thunderstorms and sea spray that it is difficult to see,” Coast Guard Capt. Mark Fedor told CNN’s Eric Burnett on Friday. “But our hope is that they are either on the vessel or on life rafts, and we can identify them.”

CNN meteorologist Jennifer Gray noted that the ship may have been able to ride out the storm as it passed, or it might have been dragged northward with it. The problem is that, at this point, nobody really knows.

“We know they’re disabled,” Fedor said. “So really, they’re just moving along with the force of the storm.”

When it set sail

When the cargo ship set sail Tuesday, its officers were monitoring what was then Tropical Storm Joaquin, according to Tim Nolan, president of TOTE Maritime Puerto Rico.

But all communications was shut off at 7:20 a.m. ET Thursday.

“There are a number of possible reasons for the loss of communications among them the increasing severity of Hurricane Joaquin,” Nolan said in a statement.

The Coast Guard received a report Thursday morning that the ship had lost propulsion and was taking on water, but that the flooding had been contained.

The ship was reported to be in distress somewhere near Crooked Island in the Bahamas.