HOLMBERG: Richmond’s floodwall has worked like a charm – sort of 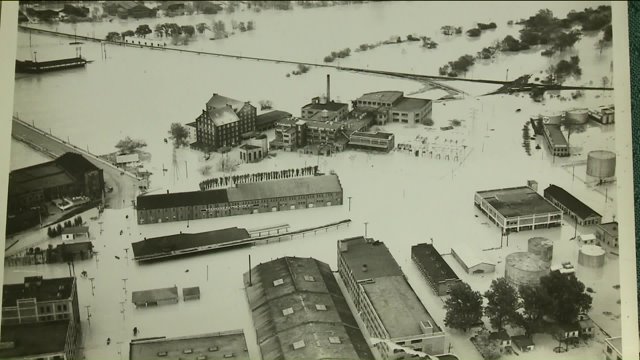 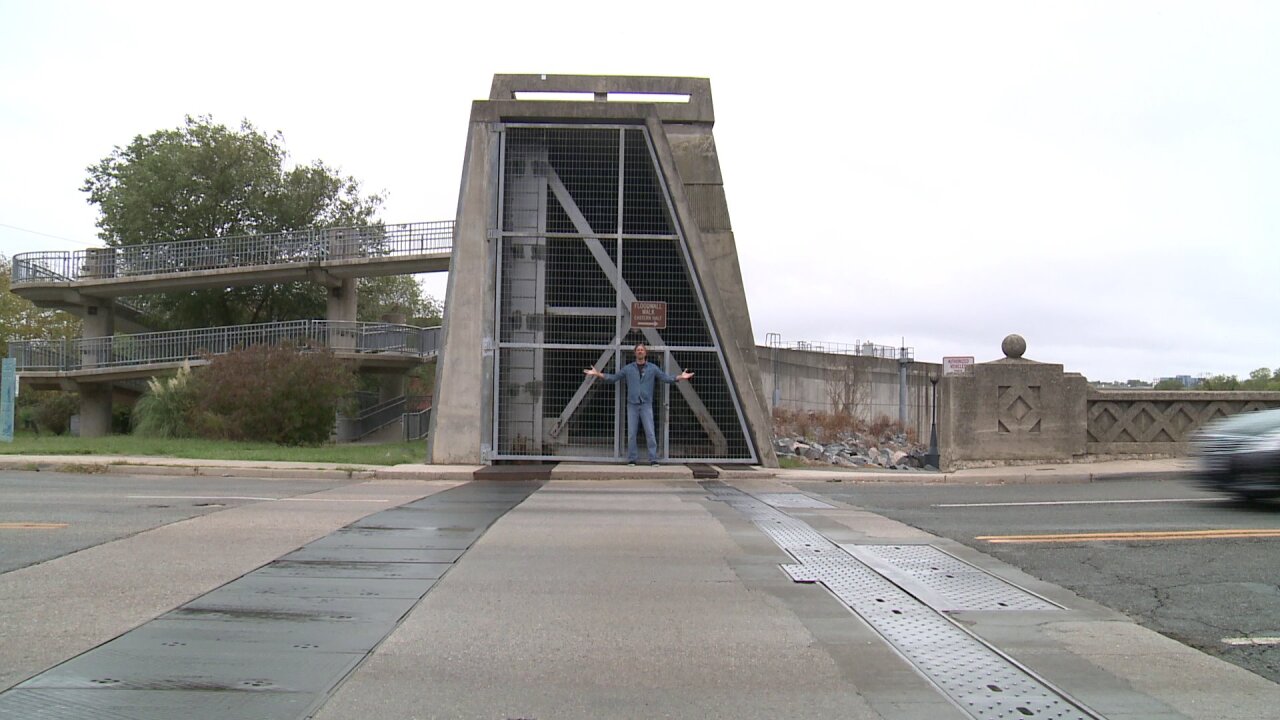 RICHMOND, Va. -- Yes, Richmond's floodwall has worked like a charm - a lucky charm.

It's 21 years old, cost $140-plus million and is still a virgin. It's never had to close all of its gates and hold back the mighty James River in a major flood.

It's a kind of version of Murphy's Law. You know we would've had a big flood by now without it. It's like getting a flat tire the one time you don't have your jack or your spare.

Richmond has always been a town that has had a hard time keeping its bottom dry. Shockoe Bottom has seen so many floods, one of its premiere music venues was called the Flood Zone.

Check out the historic pictures of some of the floods since the 1870s in the video portion of this story.

President Ronald Reagan signed off on the floodwall in 1986 after Hurricane Juan pushed the river up almost 31 feet, which is just under the record set by Agnes in 1972.

Thus began one of the most ambitious floodwall projects in the United States.

For much of the last century, the floods came regularly, sometimes every few years. But not since the floodwall was built, save for a some partial flooding in 1996 that tested part of the wall, but not its keystone components.

Talk about a mile-long rabbit's foot. (Here's the floodwall bio from the city)

No, you can't count the flood from uphill caused by Tropical Storm Gaston, even though the floodwall made it worse. (Ok, that's not so lucky.)

Walkers and joggers and wildlife photographers have found the great walls to be a great companions and platforms.

But you can bet there is a small army of engineering types and government bean counters just waiting to see if our floodwall will stand up to the task.

So is it ready? It's tested regularly, most recently in June. So it should be good to go if Joaquin comes calling and stalling.

Was the $140 million worth it, along with the blocked views and the heavy masonry curtain between us and the river? (It certainly is an ugly slab of concrete. Efforts to beautify it with hanging murals eventually stalled because of, in part, bickering over the images.)

Certainly, the floodwall led to massive redevelopment of Shockoe Bottom and parts of Shockoe Slip.

Thousands more people live there now than before the it was built.

And one big storm will have us really feeling lucky about our grand floodwall.

But the peeps just downriver, look out . . . We built a great, big, smooth concrete chute pointed right at you!