HOLMBERG: ‘Swamp Man’ to the rescue again – before the storm 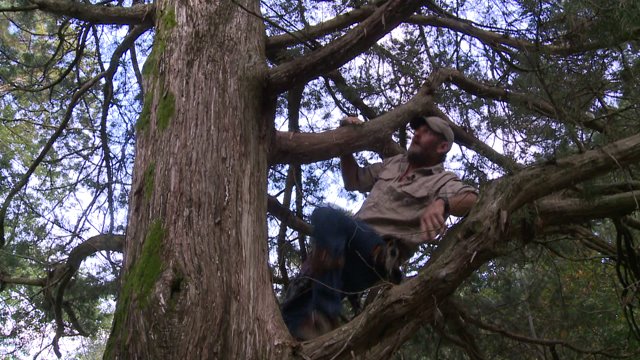 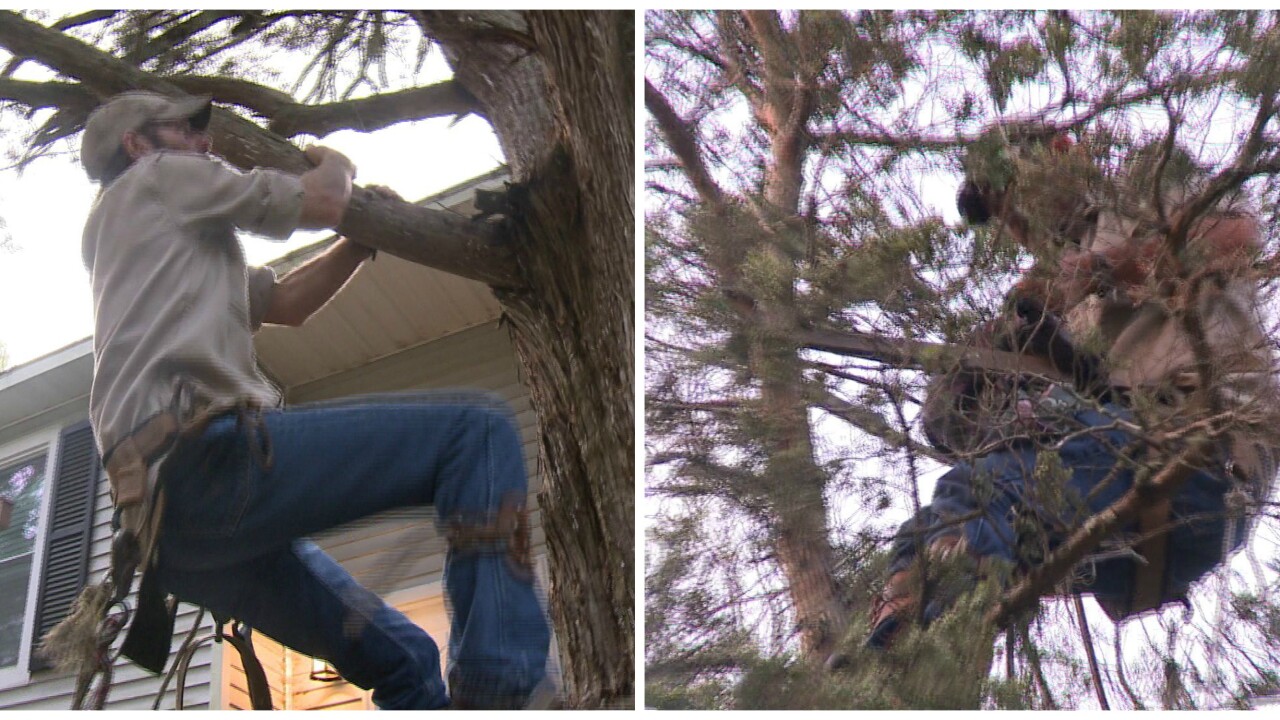 CHESTERFIELD COUNTY, Va. -- The mystery cat high in an old cedar had been crying for two days, one of them filled with rain and winds.

Residents in the Pennwood subdivision in Chesterfield County could barely see the little black figure in the very tiptop, feathery end of the tree, about 70 feet off the ground.

But they could certainly hear it.

Kim O'Shea, who lived three doors down from the tree on Drexelbrook Road, could hear the cries inside her home. It broke her heart.

No one seemed to know whose cat it could be. There are several roamers in the neighborhood - a black and white one known as "the cow cat," along with a red one. But not one like this one, residents said.

But Kim couldn't live with the idea of the unhappy feline trying to ride out a possible hurricane in the whippy top branches of the cedar. "I wouldn't want to be up there," she said.

"I tried calling everyone." Animal control, the fire department, the power company, the phone company - nothing, she said. She was told her best bet was calling a tree service and paying a trimmer to get - or cut - the cat down.

So she called CBS 6 News.

I had run into a most unusual character during a similar cat rescue in Waverly. That high-climber is Brian Carr, also known as Swamp Man - "because I live in a swamp," he said back in May, when he saved a cat that had been stuck for nearly a week. He's a power company climber who retrieves parachutes in trees for jumpers, as well as stuck cats. "I do cats for free."

He answered the cat call and quickly brought it down safely, with just whisker of drama. (Check out the footage - and the previous story.)

But the cat - still a kitten, really - remains something of a mystery. It certainly seemed tame enough, like it had a home and plenty of human companionship, Swamp Man said.

It ate hungrily from a can of tuna, pretty much friendly as I sat next to it before it drifted off into the woods at sunset. Heading home, I'm thinking.

Friends, I know there are lots of folks who don't consider this news. And it's not really.

But in these days of unrest, division and uncertainty, I think of people like Swamp Man and realize we're going to come down safely and it's going to be all right.