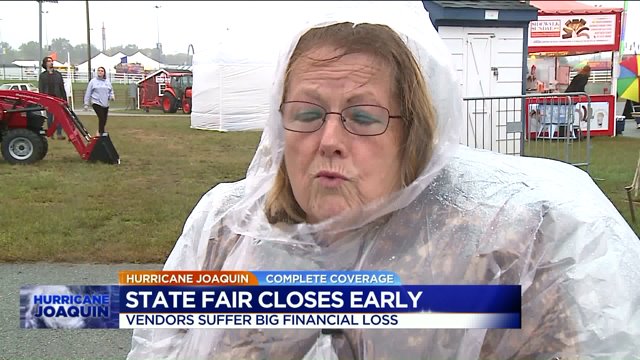 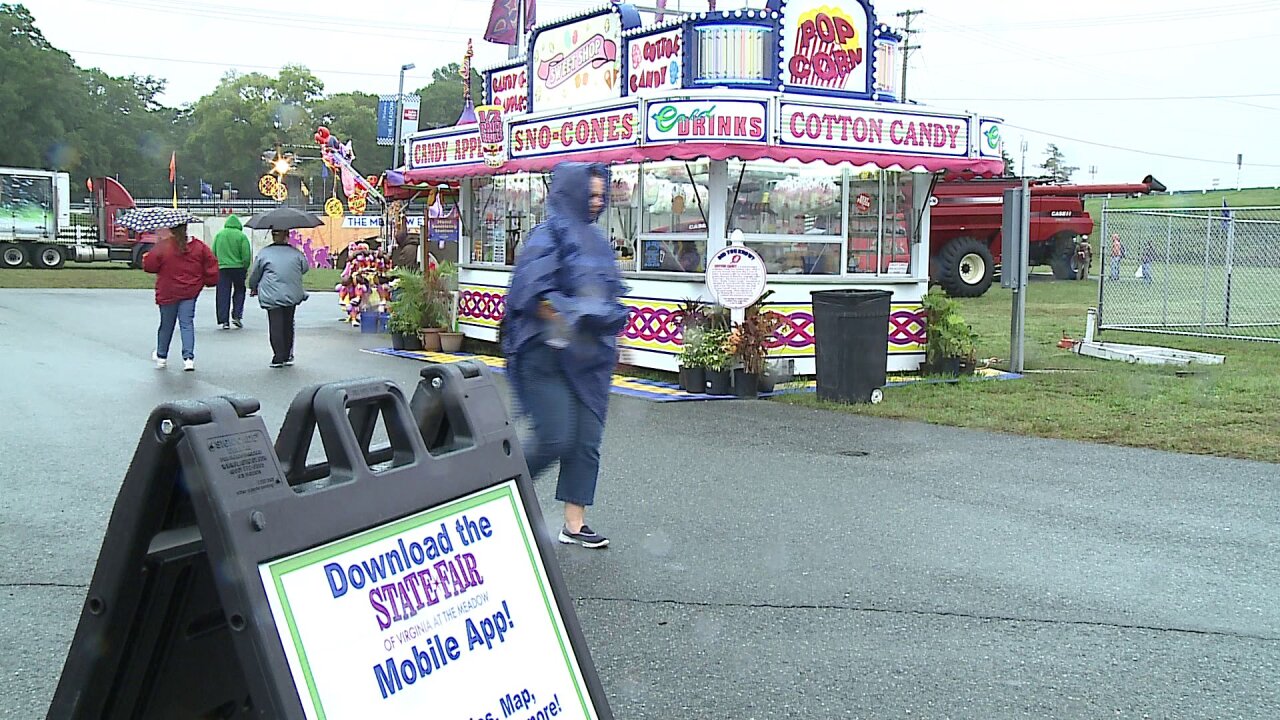 DOSWELL, Va. -- Vendors at the Virginia State Fair were hoping for a better weekend forecast. They said the rainy weather surrounding their tents has them seeing a lot of red.

At one booth, it was one of the last batches of kettle corn, salty and sweet, but the expected profits from the 2015 State Fair taste more sour than ever for Terry Huff.

"It’s very disappointing,” Huff said. “It's been a slow week here at the Fair. I'll go out on a limb and say foot traffic is probably down 70 to 80 percent."

With heavy rain in the forecast Friday followed by the prospect of Hurricane Joaquin's outer bands swirling up the east coast Sunday, Fair officials cancelled the final three days.

Vendors say foot traffic at the State Fair is probably down 70 to 80 percent this year.

"With all that's in the weather forecast. I think it's a good idea," said Pat Hamlet, who was visiting the Fair with her family.

Despite his big losses during the weekend, Huff said he understands.

"I mean with the weather threat and tents being around, somebody could get hurt and no one wants that," said Huff.

"It's coming down faster and harder, winds whipping up, so we are heading home," said Joan Daugherty, who was there with her children.

And home is where emergency management teams recommend you ride out the storm.

Huff followed that advice, putting a lid on his kettle corn and heading north.  He said his pockets will be three days lighter but the rain won't ruin his return next year.

"Probably lost a couple of thousand dollars this year, but we will be back next year," Huff said.

It’s the first time the State Fair has been cancelled at the Meadow Event Park venue. If you bought tickets and haven't used them, click here for exchange information.