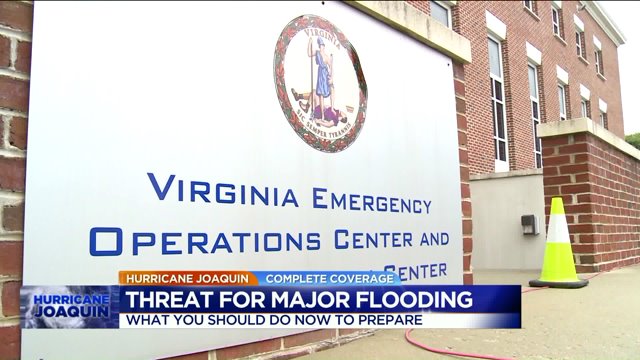 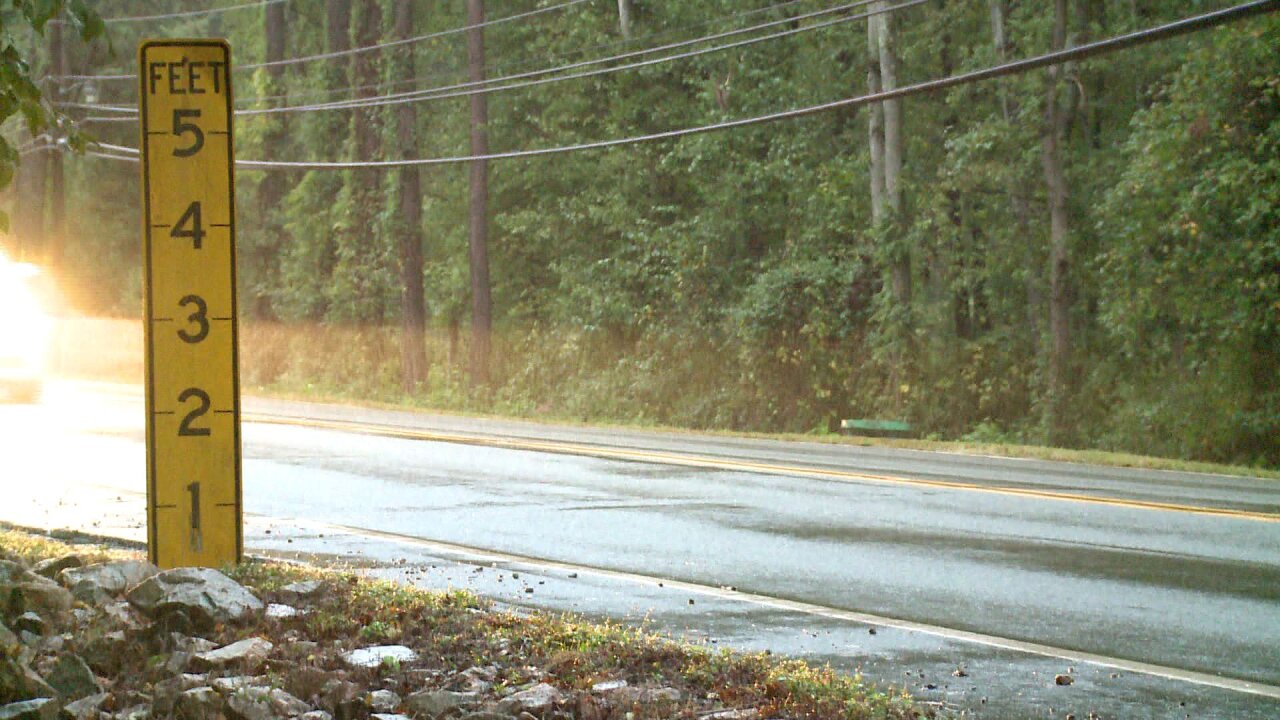 RICHMOND, Va. -- After a week of rain, forecasted heavy rain this weekend, and the threat from Hurricane Joaquin, some local residents are preparing for dangerous water levels in Central Virginia.

Jen Cobb knows certain areas around her home, just off Woodman Rd. in Henrico County, are prone to flooding.

"We've got an area a little bit down the street here that over-tops every few years," she said.

She even carefully looked at the flood plain before moving to the area.

"I noticed that very little of our property was in the 100 year flood plain," said Cobb.

While her house isn't in direct danger of flooding, the Virginia Department of Emergency Management wants to remind those who are in flood prone areas to be prepared.

"There is a possibility you may need to evacuate, so getting supplies together that you can grab quickly if local officials ask you to evacuate," said Dawn Eichen, spokeswoman for the Virginia Department of Emergency Management.

Prior to the possible flooding ahead, Fisher also wants people to make sure to know what's covered under flood insurance and home owner's insruance.

"For flood insurance to kick in, typically the flood waters would have to be at floor level and that is specifically excluded under home owner's insurance," said Fisher.