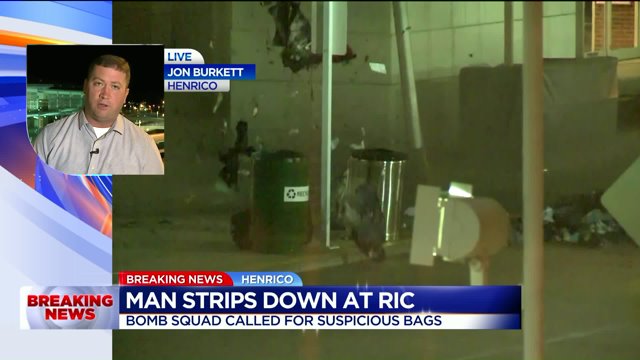 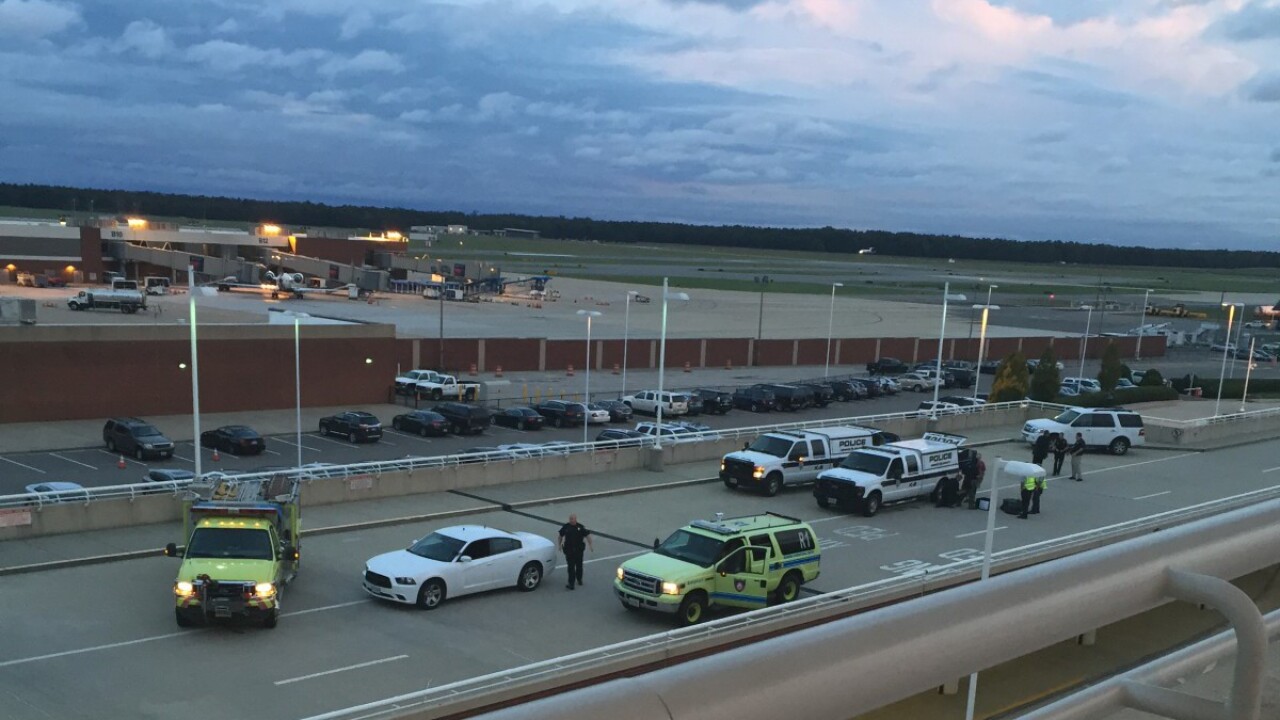 RICHMOND, Va. -- An official spokesman for the airport confirms that the two pictures shared with CBS 6 show a security event underway at Richmond International Airport.

The CBS 6 viewer had said that new arrivals were being funneled down escalators and that a K-9 unit was on scene.

The upper level was blocked for arriving passenger drop-off, as can be seen in the photo.  A CBS 6 reporter confirmed that the area is blocked off by a police vehicle.

Spokesmen Troy Bell said that the upper roadway was closed after three unattended bags were discovered outside.  Reporter Jon Burkett said there were two medium-sized bags and one smaller bag.

The bags are were denonated by the bomb squad on scene.

Bell said that "the bag's owner arrived with no ticket, asked to buy an international ticket, presented cash, became agitated, stripped to his underwear at an airline ticket counter, and exhibited behavior ultimately leading to a mental health evaluation at an area hospital."

Reporter Jon Burkett said that the man has been taken to Henrico Doctor's Hospital.

"The upper-level roadway is closed to vehicle traffic, as is the south section of ticketing," Bell said. "No apparent disruption to operations otherwise."

Delta, United and Southwest terminals were not affected because there were no more outgoing flights scheduled at the time.

Are you there? Share a picture or news tip with the newsroom.