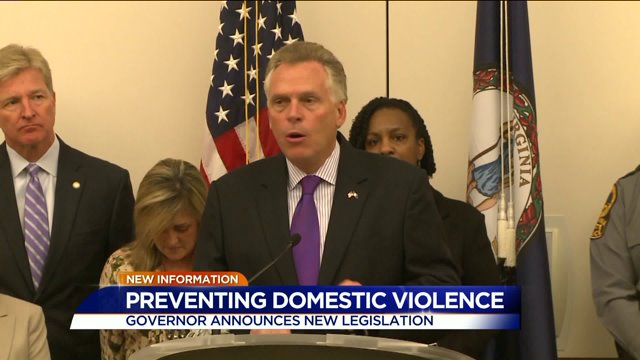 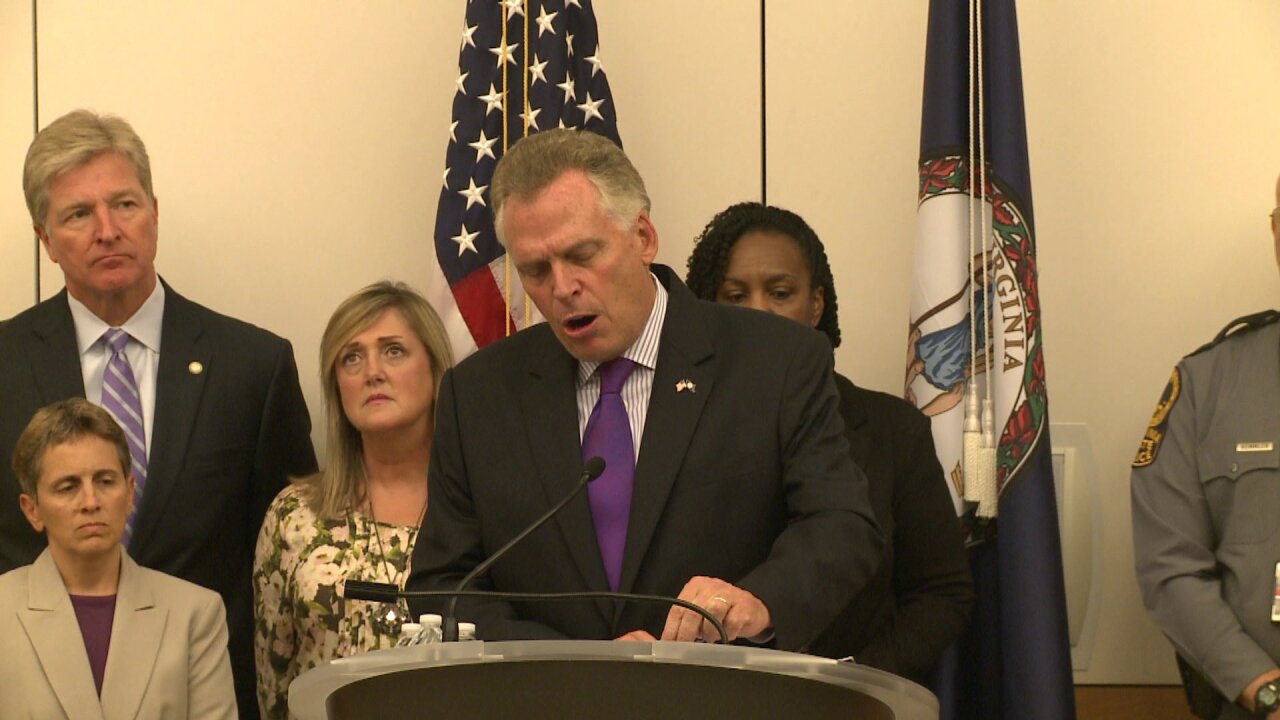 RICHMOND, Va. -- Governor Terry McAuliffe presented a grim report on domestic violence in the Commonwealth, made much worse, he said, when it includes guns.

The governor said it is time for Virginia legislators to take a stand against domestic violence by getting guns out of the hands of abusers. The stand, he said, will be passing four pieces of legislation to reduce deadly violence across the Commonwealth.

The governor was flanked at the podium by family members who had experienced deadly violence as he laid out his plan.

He first talked about the numbers and said that someone is 12 times more likely to be killed in a domestic violence situation if a firearm is involved.

Last year there were 109 homicides of family members and intimate partners, with 64 of those being killed by a firearm.

Governor McAuliffe said there are loopholes which make it easier for domestic abusers to possess a gun, and that is what his administration is focused upon.

The first piece of legislation would be to pass a law prohibiting individuals under a protective order from possessing a gun and if they own a gun, be required to turn it over while the order is in effect.

The third piece would require the courts system to notify individuals under a domestic violence protective order, about legal restrictions on firearms.

The fourth piece is aimed at Law Enforcement agencies, by giving them the ability to remove firearms at the scene of a domestic violence incident without having to wait for a search warrant, if they have probable cause to believe that someone has been abused and is in danger.

McAuliffe said passing those four laws would have far-reaching effects across the state.