HOPEWELL, Va. -- Wednesday featured another Daniel Radcliffe sighting, this time inside a truck while filming a scene of his new movie in Hopewell.

Film crews have spent the last six weeks in Virginia scouting and then filming locations for "Imperium" a film where the Harry Potter star goes undercover as an FBI agent to take down a group of white supremacists.

Despite the gritty theme, city manager Charles Dane said having a high profile movie in the city is helping to put Hopewell on the map.

“This is Hopewell taking a step forward and becoming a friend friendly locality and hopefully it opens the door to more film projects in the future,” Dane said.

He said the film crews are shooting around the city and they're also spending money on things like food and fuel.

While in the area Daniel Radcliffe has been spotted out and about enjoying everything Richmond and Hopewell has to offer.

Last week he was spotted downtown near 5th and Broad Street, checking out the UCI World Road Championship Races.

His smiling mug was posted all over social media, with giddy declarations as the actor posed for pictures, signed various collectibles and held grimacing children. 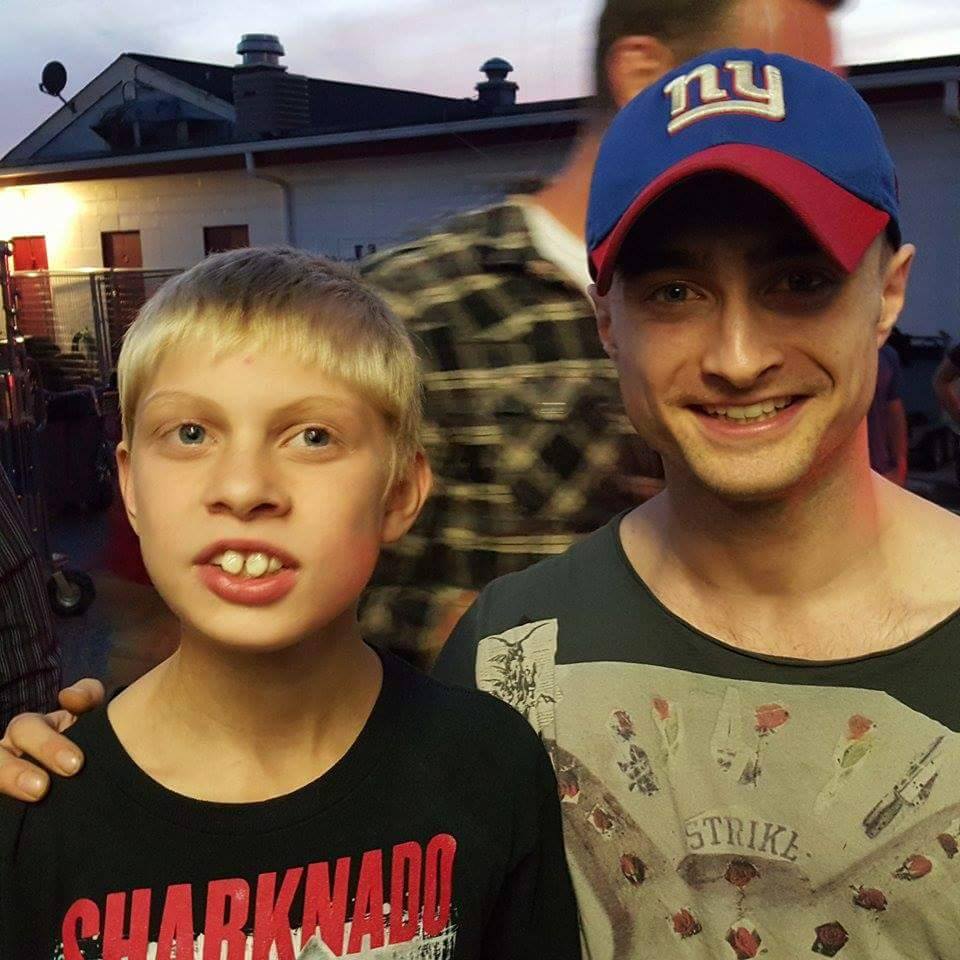 On September 23, fans spotted him at Lisa’s Café, where he graciously signed autographs and took pictures.

One fan was so happy; she even got a permanent reminder of the occasion by getting the autograph tattooed on her leg.

If you want a chance of seeing Radcliffe, Hopewell may be your best bet. That’s where most of the filming is being done.

Crews will be in the area until October 23.

If you've spotted him on set or out in public, shoot us an email with the pic!