Mom bouncing around the room with joy after winning $1 million 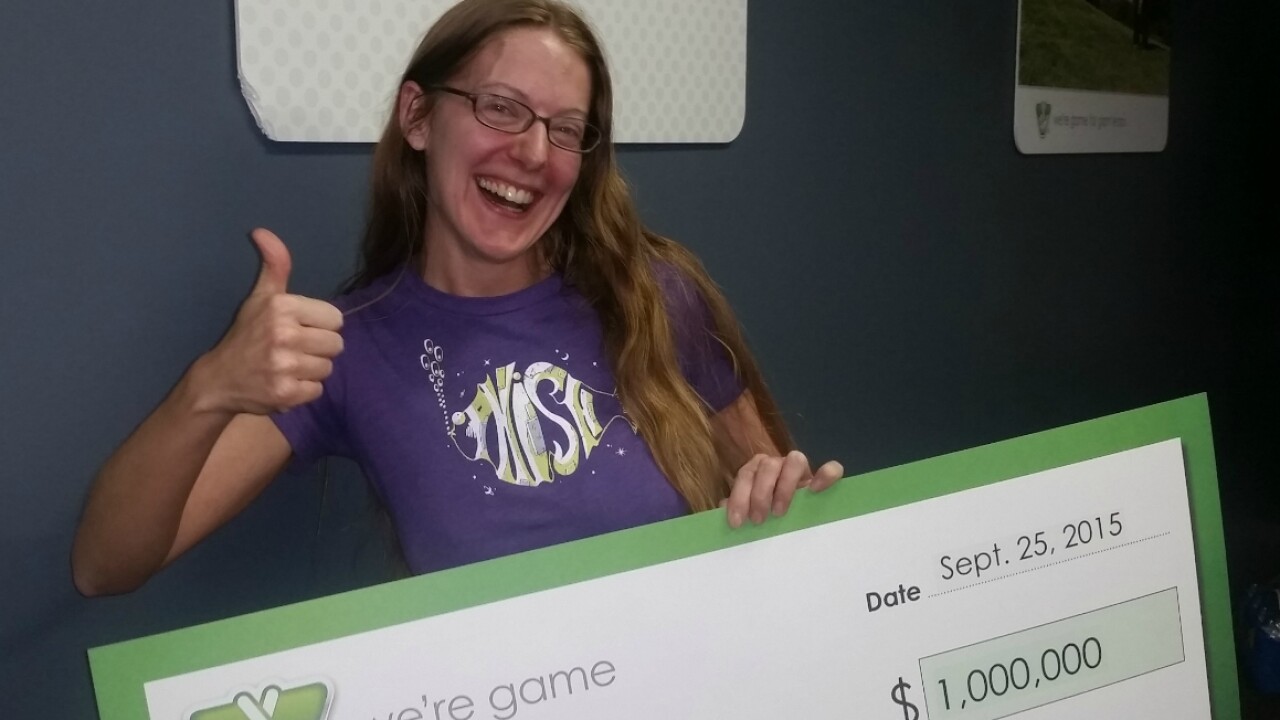 HENRICO COUNTY, Va. — Amanda Spiller said she had to triple check her Virginia lottery ticket because when she first glanced down, what she saw was not sinking in. The Henrico mother recently won $1 million in the Virginia Lottery’s $100 Million Cash Extravaganza game.

“I was in shock… complete shock,” she told lottery officials.

Spiller bought the winning ticket at the 7-Eleven at 2750 Hungary Spring Road. She chose the one-time cash option meaning she will take home $681,000 before taxes. While she said she had no immediate plans for her winnings, her seven-year-old daughter had some interesting ideas on how to spend the money.

“She said we have to buy a helicopter and a limousine,” Spiller laughed.

$100 Million Cash Extravaganza features prizes ranging from $20 up to $4 million. The $1 million prize that Ms. Spiller won is actually the second prize. As the name suggests, the game began with a total of $100 million in prizes available. She is the second $1 million winner to claim, which means two million-dollar tickets remain unclaimed. The chances of winning the top prize in this game are 1 in 1,836,000. The chances of winning any prize are 1 in 2.71.