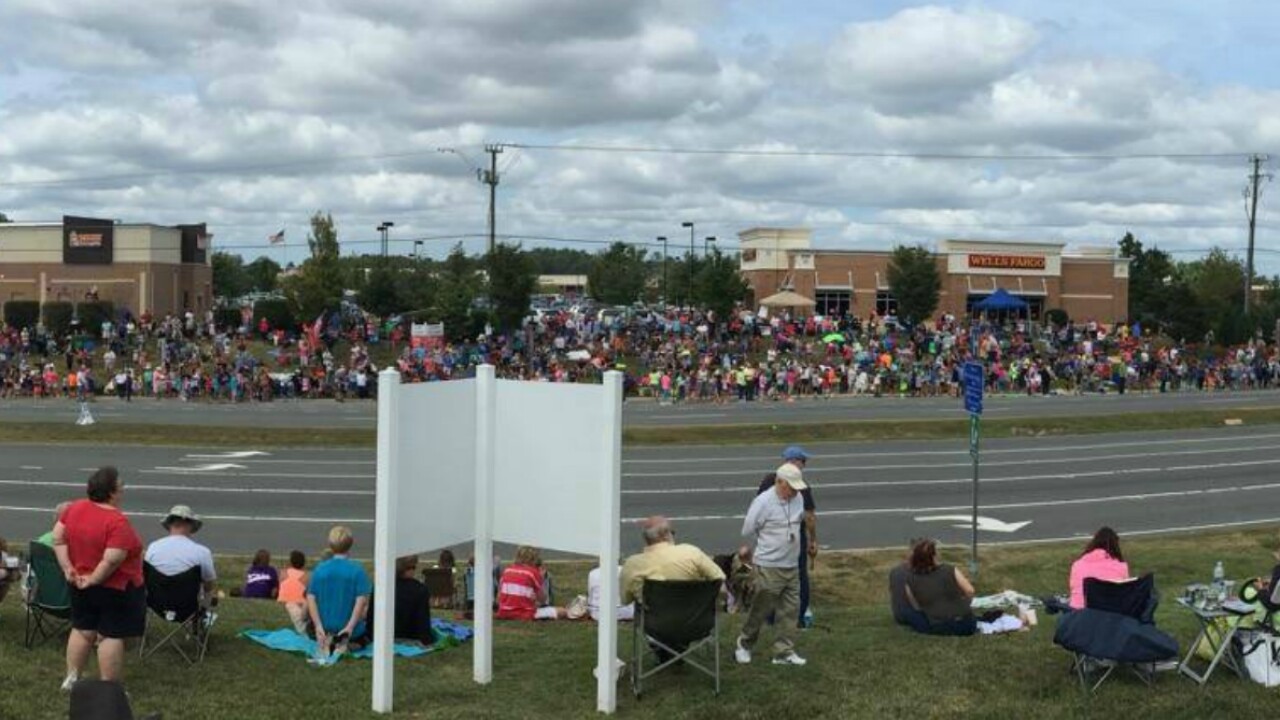 RICHMOND, Va. — While the city of Richmond took center stage in the 2015 UCI Road World Championships last week, Henrico and Hanover counties had their own time in the spotlight hosting the event in the race.

“We joke a lot that we hope it’s one of the biggest things to happen in Hanover County since the Civil War,” Tom Harris, public information officer at Hanover County, said. “We really do hope that we made a good impression with all of our visitors, and they got to know and love the same beautiful, historic Hanover County we call home.”

Harris said that even prior to the event, the county was prepared to have “hands on deck” for the event, closing schools, keeping police and emergency personnel on alert, and doing all they could to ensure Hanover put its best foot forward for the race.

For the Men’s Elite Individual Time Trial that passed through Hanover County last Wednesday, three Fan Zones were set up along Route 301 at Rutland Commons, Hanover Tavern, and Kings Dominion. In addition, the amusement park was open for free that day to the public.

In Henrico County, the UCI event had a big impact on Henrico’s Lakeside neighborhood, which hosted races two days, with the route beginning at Lewis Ginter Botanical Gardens before heading up Lakeside Avenue into the city of Richmond.

For Lewis Ginter especially, the UCI Road World Championships have proven to be a great attraction, with attendance heavy all throughout the week, especially on the two race days when Lewis Ginter was the starting point. The botanical gardens proved especially popular with many international guests.

“A lot of the gardens here at Lewis Ginter are modeled after similar gardens in Europe and Asia, and it must be nice to see a place in Richmond that reminds them of home,” Shelby Patty, an employee at Lewis Ginter, said. “This one group of British tourists said the architecture and layout reminded them of a manor back in England, and a group of Italians were thrilled with our rose gardens.”

With crowds of fans and good weather on the race days, a number of Lakeside storeowners saw a increase in business. Jennifer Saunders, owner of Twig, a Lakeside decor shop, described the race as “a very positive experience.”

“Even before the race, we saw an uptick in sales, with Lakeside getting a lot of attention once the route was announced,” said Saunders. “We’re very happy to see a lot of this attention coming from locals or people around Virginia, some of whom may not have known much about Lakeside or been out here before discovering the area for the first time.”

But other businesses and restaurants not located near one of the designated Fan Zones expressed discontent over the race and were very open about the negative impact it had on their business.

“The races may be enjoyable to watch, but they killed buisiness,” Melvin Major, owner of Fin and Feather Pet Center on Lakeside Avenue, said. “Our regular customers couldn’t come in, didn’t have any new ones come in, and it probably cut sales by more than 60 percent.”

Fred England, owner of Collector’s Heaven in Lakeside, remained optimistic that the race’s long-term benefits will outweigh any short term disruptions. As a devoted cycling fan and Richmond native, he hopes that the race will bring more attention to Richmond, Henrico and Hanover.

“The real benefit to hosting the cycling race was never that tens of thousands of people will come here and spend money, but that they’ll go back home and tell everyone else to do the same,” said England. “We’re a good, growing city with a lot to offer, and we should always be willing to show the world that.”