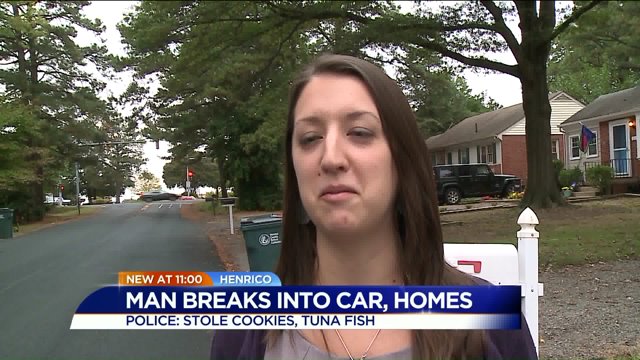 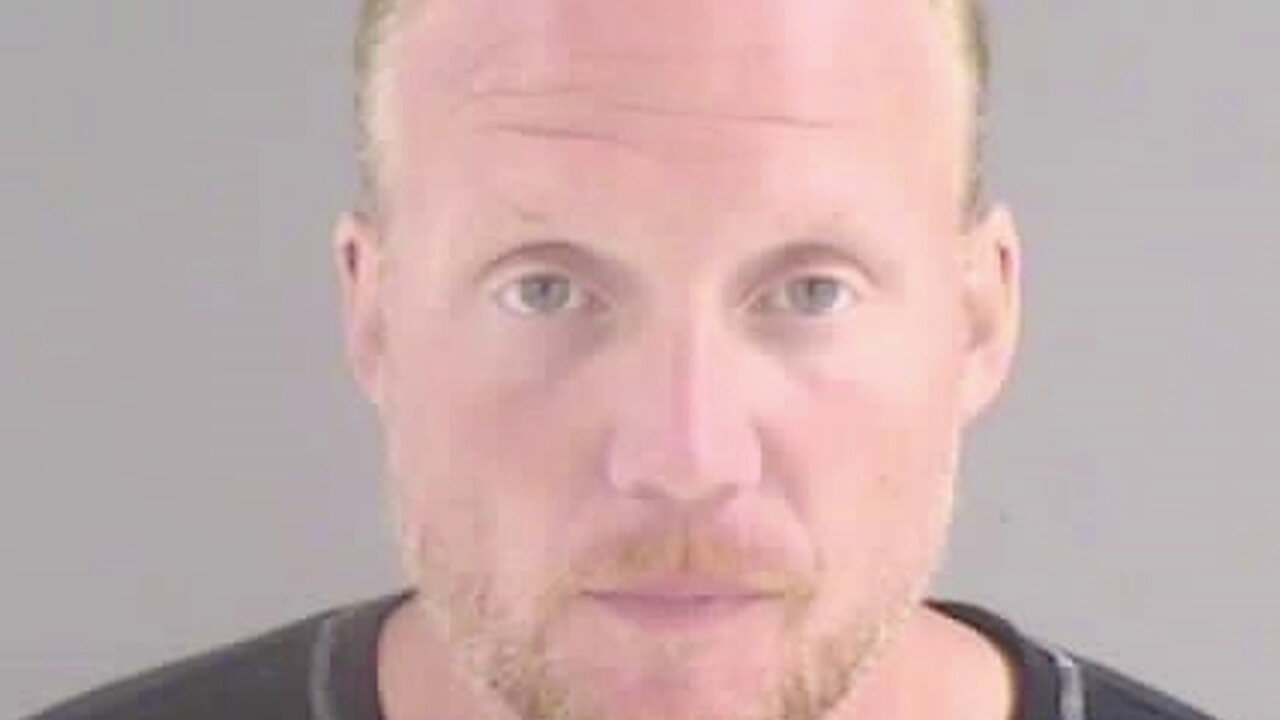 HENRICO COUNTY, Va. -- Henrico Police arrested a man they said broke into several homes and a car in a West End neighborhood. In addition to the break-ins near Holly Hill Road, police said Christopher Scott Harris assaulted a Macy's loss prevention officer and apparently worked up an appetite in the process.

"It's great knowing he won't be coming down my driveway again," said John Owens, who had some things stolen from his car last week. "My wallet was taken, change out of the holder and a box of cereal."

Police said the same crook hit a few doors down.

"A couple of different evenings, police were out there with flash lights talking to the guy across the street,” said Erin Riggin who lives nearby.

That man’s home on Holly Hill had been broken into not once, but twice in a week’s time.

Court documents show, cookies and a can of tuna fish are among many items stolen.

"Breaking in and the food isn't even good.  It's kind of odd for sure," said Riggin.

Police arrested Harris who was also charged with going across the street to Regency Square and lifting a watch before allegedly assaulting a loss prevention officer.

"It’s surprising,” said Sharon McGowan.  “I've lived here for a long time since the mid-80's and you never heard of crime around here."

Neighbors said they're happy police have made an arrest, and said they hope the suspect gets help, especially with his appetite.  "He was definitely hungry because he was taking the good stuff," said Owen.

Harris is charged with six felonies and one misdemeanor. His next court date in November 19th.