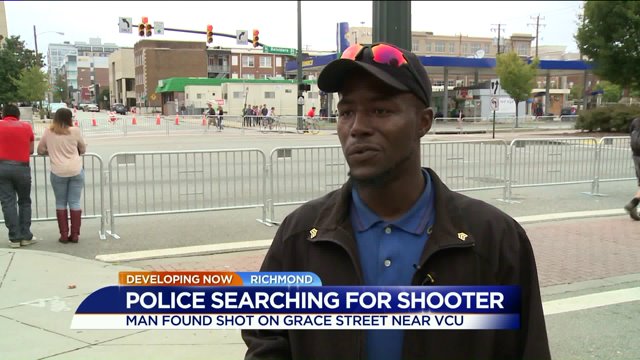 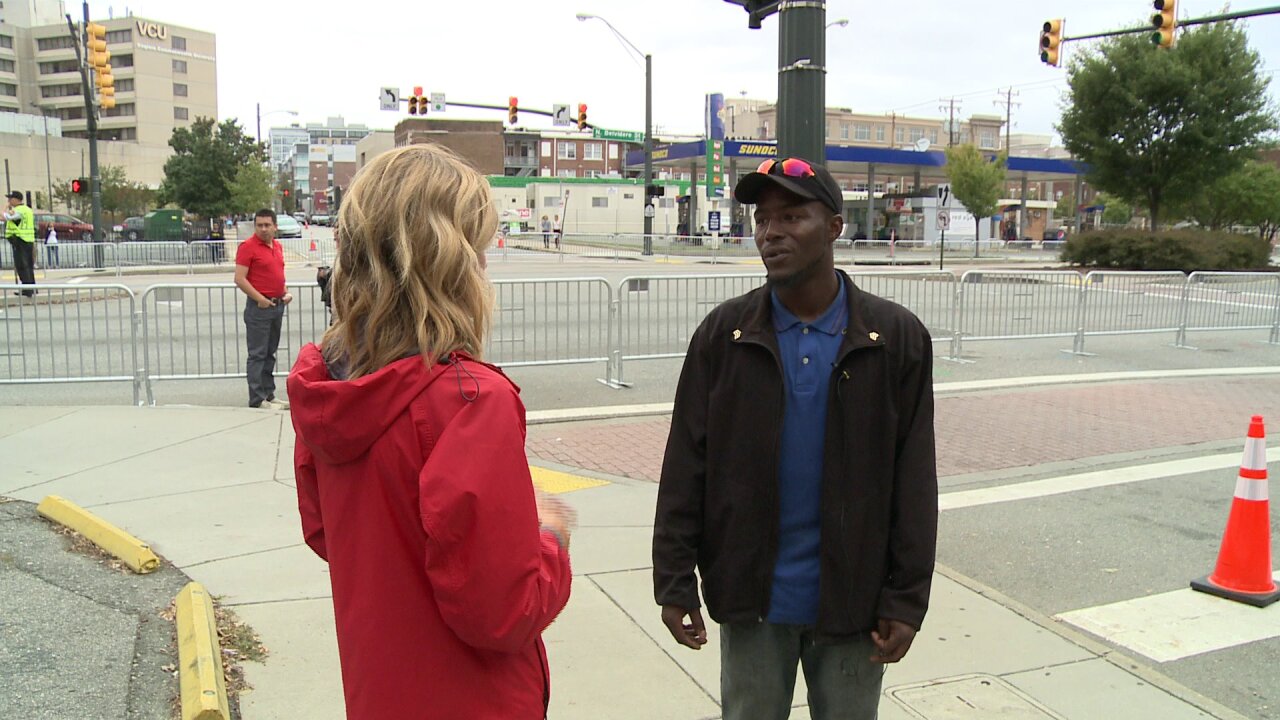 RICHMOND, Va. --Richmond police are searching for the crime scene after a man was found shot on Grace Street near VCU’s main campus early Sunday morning.

The victim was later taken to hospital with non life-threatening injuries.

Delvin Cosby was walking home from work early Sunday morning when he heard .

“And all of a sudden I hear a girl in the gas station parking lot that was screaming at her boyfriend,” Cosby explained.

Cosby went over to see what was going on and said he thinks there was some sort of argument in the car with the two, but he soon realized the man inside had been shot.

Police said they found the man lying at the intersection of Grace and Belvidere around 4 a.m.

The victim was found near this gas station.

Police believe he was shot somewhere else, and a friend was driving him to the hospital when he bailed from the car.

Police found the man about two blocks away from the final UCI Road World Championship race course, which was disappointing for Cosby.

“It makes it look bad for us,” Cosby said. “People coming here and seeing all this stuff going on.”

Investigators are currently looking for the original crime scene.

But those who live in this neighborhood said they still feel safe.

"It is kind of scary,” one man said. “But VCU has increased patrols so it’s not as bad as it used to be.”

The situation prompted Virginia Commonwealth University to send an emergency alert to students to avoid the area. VCU students were not in session this week due to the UCI Road World Championships bicycle race.