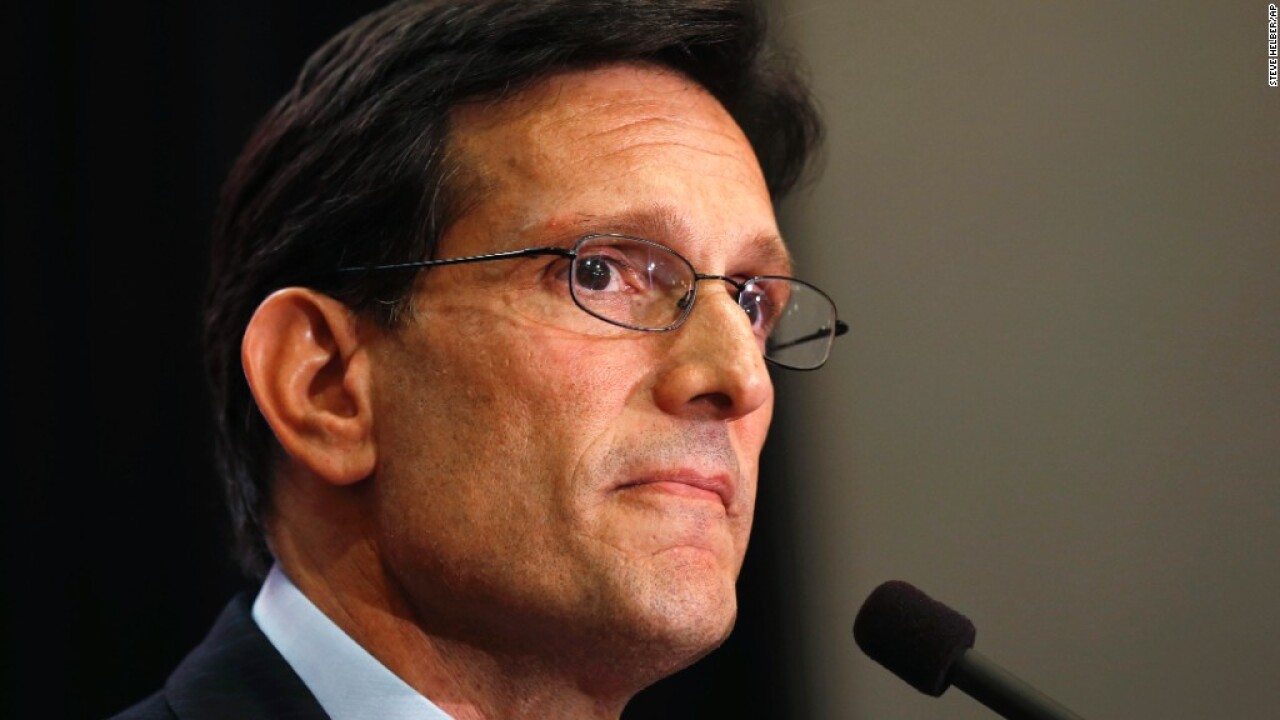 Cantor, Boehner’s No. 2 for most of his speakership, wrote in a New York Times opinion piece that congressional Republicans should not pick fights that they aren’t able to win and instead focus on making “incremental progress.”

“It is imperative that we fight for what we believe in. But we should fight smartly,” said Cantor, whose shocking defeat in a Republican primary last year convinced Boehner to not resign his speaker’s post earlier. “I have never heard of a football team that won by throwing only Hail Mary passes, yet that is what is being demanded of Republican leaders today. Victory on the field is more often a result of three yards and a cloud of dust. In politics this means incremental progress, winning hearts and minds before winning the vote — the kind of governance Ronald Reagan perfected.”

Boehner and Cantor led the House GOP as imperfect allies, with Cantor sometimes positioning himself a tad to the departing Speaker’s right. The two leaders largely struggled to corral the hardliners in their own caucus, who routinely pressured Boehner and Cantor to not cave when negotiating with the White House or congressional Democrats.

Boehner’s resignation on Friday comes as those conservative members once again try to lobby leadership to defund Planned Parenthood during budget talks. Cantor’s words this weekend suggest that he doesn’t see that as a winning battle, given the reality that Republicans do not control enough seats to override President Barack Obama’s vetoes.

“Somewhere along the road, a number of voices on the right began demanding that the Republican Congress not only block Mr. Obama’s agenda but enact a reversal of his policies,” wrote Cantor, who has endorsed Jeb Bush for president. “The tragedy here is that these voices have not been honest with our fellow conservatives. They have not been honest about what can be accomplished when your party controls Congress, but not the White House.”