What kind of international press is UCI Worlds bringing to Richmond? 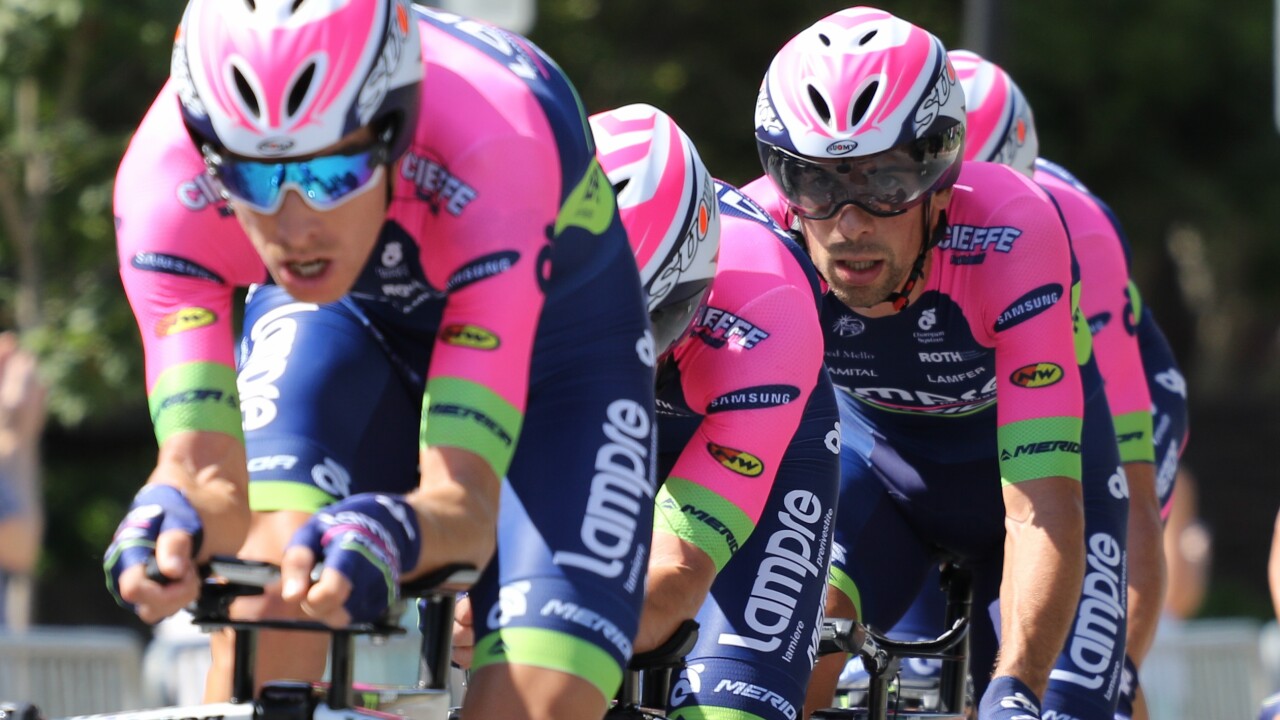 RICHMOND, Va. — The world came to Richmond this week, but has taken little notice of the city. Race organizers had praised the benefits of the UCI Road World Championships for Richmond tourism and business, but there has been little coverage about Richmond as a city so far in the international press.

“They’ve handed out some tourism magazines on Richmond and things like that, but for most of the media we’re focused on the race itself, not so much visiting museums,” said Casey Gibson, an American photographer who covers cycling internationally.

Most articles in international media have so far solely focused on race results, like these from the BBC in the UK and “Frankfurter Allgemeine Zeitung” in Germany, many of them relying on wire services to cover the event.

Daniel Benson, the editor-in-chief of UK-based publication Cyclingnews, has filed 25 UCI stories since Sept. 18. Each of them focused on the teams competing in the race or individual athletes. For the most part, it is cycling-focused publications who have had journalists stationed in Richmond since the beginning of the event last weekend.

“It’s typical of life as a journalist, too,” said Benson. “You go to so many different places over the world when you’re reporting on a race and most of the time you don’t really see the city for what it truly is.”

But Benson said that an increasing number of foreign journalists from a wider variety of publications are now just starting to arrive in Richmond.

“I’ve definitely seen over the past few days that more and more media from Europe have come over,” Benson said. “I think last Saturday or Sunday when I first arrived it was pretty sparse in terms of international journalists, but with more riders coming over and in the elite categories, we’ve seen the French come en masse, as well as the Italians, the Belgians. I’ve just been to a Belgian press conference where we had 15, 20 guys there, talking to the Belgian athletes.”

Samuel Grulois, a recently arrived Belgian radio commentator, said that his coverage will include a focus on Richmond as a city.

“Yes, sure, we will report on the tourism, the restaurants,” he said. Grulois primarily got his information on Richmond via the Internet before he arrived.

Terje Alstad, a journalist for Norwegian wire service NTB, said there is little awareness of Richmond as a city in Norway, but he thinks that the race will change that.

“I am just here to cover the race, not the city,” Alstad said. “I think probably 5 or 10 percent of Norwegians know about Richmond. But after this, maybe more people will know.”

Gibson emphasized the time crunch that visiting journalists face when they are working to file stories during an event as large as the UCI Worlds.

“They’re basically interested in the race and restaurants. They don’t really have time to go to tourist attractions or anything,” he said.

Most of the journalists who are on the course and visible during the day-to-day of the race are photojournalists, who need to be out and about in the city in order to get their shots.

“I think there’s a lot of writers who are staying in their hotels or just in the press room who you don’t see because they don’t get out very much,” said Gibson. “[Photographers] are obviously a lot more visible, because of our bibs and everything.”

Matthew Spurlock, a volunteer with the Richmond Region Tourism also said, that many international visitors are interested in what kind of international cuisine the city has to offer.

By Diana DiGangi (Special to WTVR.com)