RICHMOND, Va. — Students from St. Catherine’s School filled the sidewalk at Main and 11th streets on Friday morning as the women’s junior circuit raced through downtown Richmond. More than 70 fourth-grade girls peered over metal fences to get a glance at the cyclists passing by and shouted “U-S-A.”

The students were the third group of girls from the school that made the trip to watch the UCI Road World Championships this week. The field trip is part of a new physical education program centered around cycling. Girls from different grades came out to watch the women’s races on Monday, Tuesday and Friday. 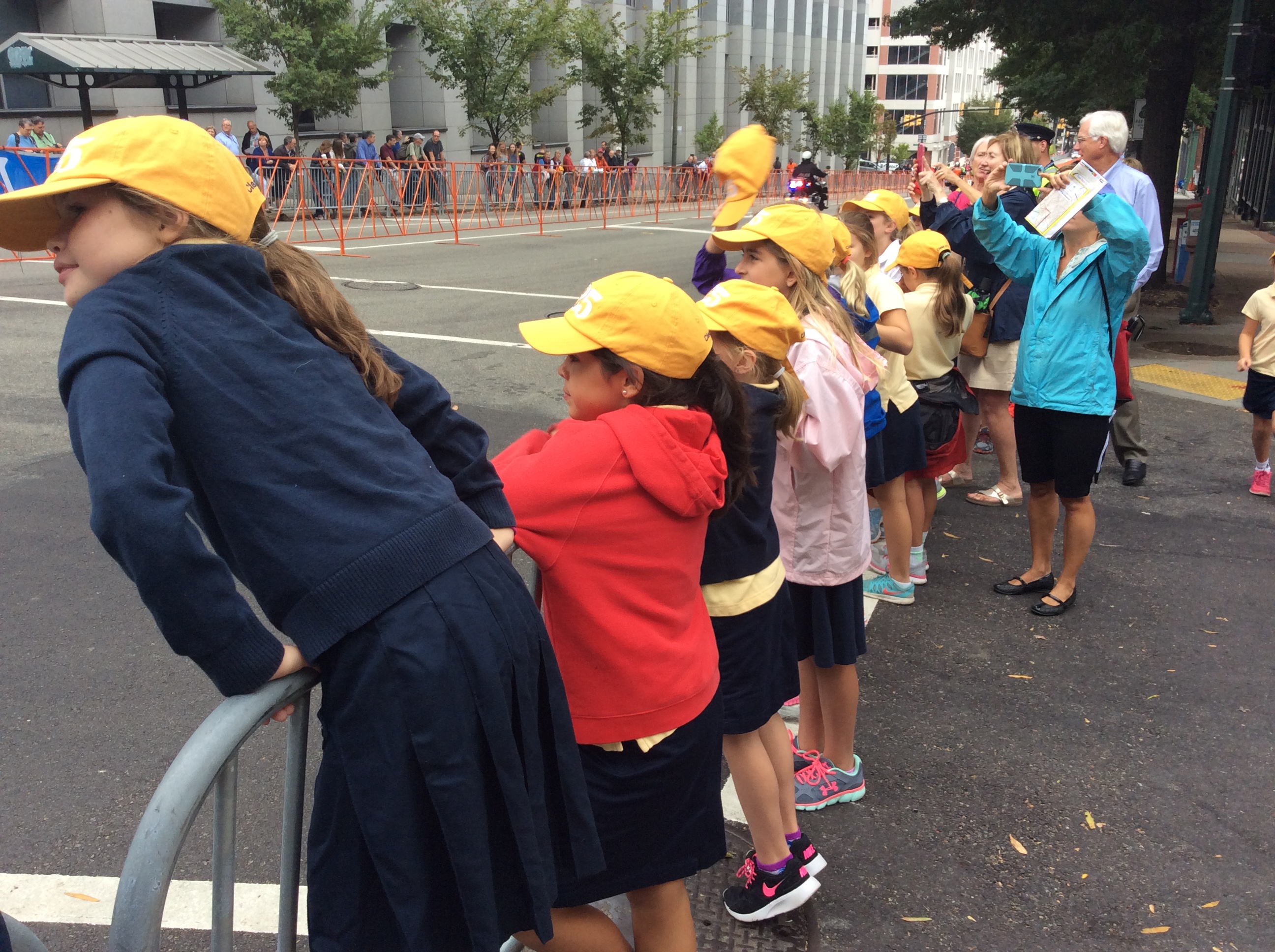 “We knew that cyclists were coming,” said Laura Horn, P.E. chair for the school. “We as teachers got excited, we knew that this was the perfect time to introduce them to cycling.”

The cycling program was started last fall and was inspired by the UCI bike race. The focus on cycling also came from the desire to teach the girls at St. Catherine’s a sport they can take with them throughout their life. The students in the program learn bike safety, such as learning how to properly brake and wear a helmet. The program also plans to incorporate bike maintenance such as how to change a tire or manage gears.

On Friday, the girls had a particular interest in American cyclist Emma White, who won the silver medal in the UCI junior time trials. The cyclist came to the school to speak to the 8th and 9th graders. She then went in and surprised the 5th graders on Wednesday.

“The enthusiasm of a campus full of girls, I think, surprised her a little. They were very excited to see her, and the teachers were very excited,” said Jennifer Harter, assistant director of marketing and communications for St. Catherine’s. “She was incredible, she was so engaged with the girls.”

No surprise, the St. Catherine’s fourth graders cheered on Emma White as she passed them on Friday during the race.

The inspiration was enough get some of the girls to ride bikes for the first time. Such was the case with 4th grader Brynn Hassell, who felt uncomfortable on a bike before her class. She said she now feels more confident on a bike and even goes riding with her friends around her neighborhood

“Literally watching the thought go through their mind you know ‘I could do this’. One of the coolest things about starting this program is that there were kids who could not ride bikes,” said Horn. “A lot of students started working on their skills before the program to be better prepared. It’s been a lot of work, but it’s been incredibly rewarding for us teachers and the girls”

By Ashley Jordan and Chelsea Hinkofer (Special to WTVR.com)