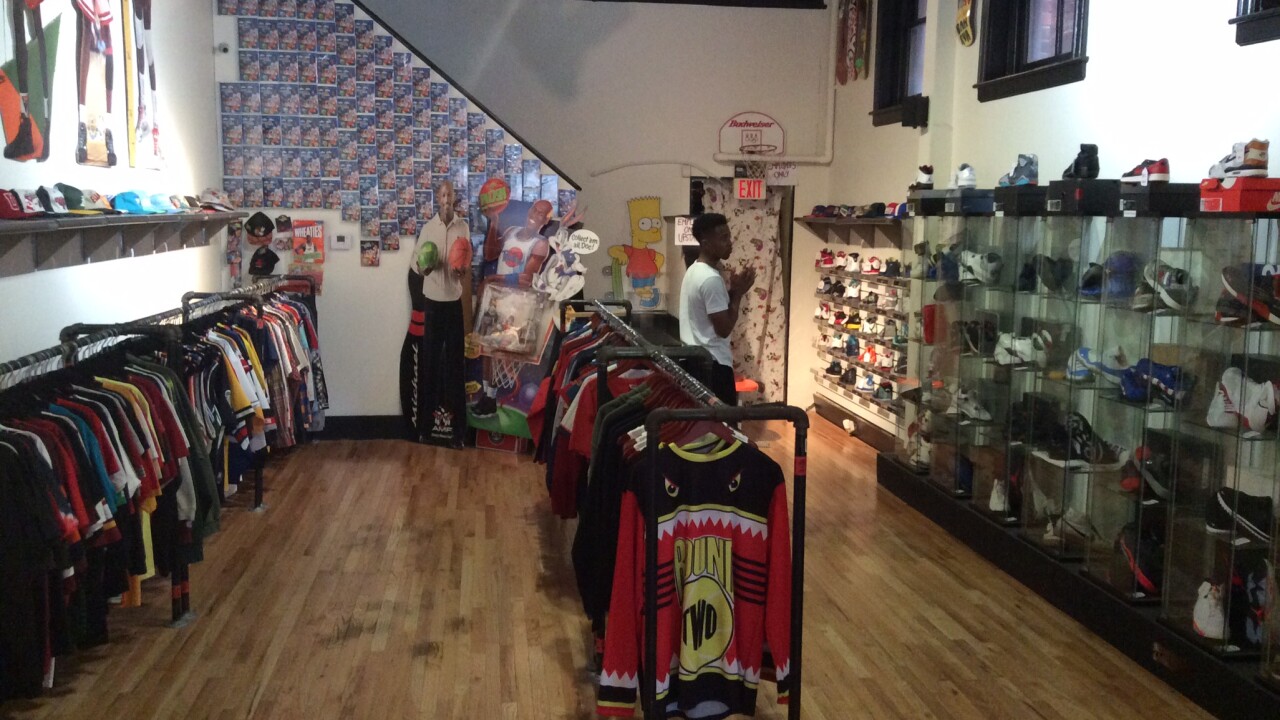 RICHMOND, Va. — Sienna Dickerson woke up at 4 a.m. to get her hot dog cart ready to feed hungry race fans at the UCI Road World Championships. She said she was excited about the large turnout she had been promised. But by the end of the day, Christoph’s Dog Cart had sold only about $40 worth of food.

“I was shocked,” Dickerson said. “I spent all this money to get up near the race and make sure I had everything I needed for the health inspectors, and it wasn’t worth it at all.”

Dickerson is not the only business owner feeling let down by small crowds along the race courses. Jessi Coble, store manager at Palm Beach Tan in Carytown, said her salon was “dead.”

“I thought the traffic would be worse,” Coble said. “I was dreading having to drive into the city, but it was like a ghost town.”

The Valentine, a privately owned museum dedicated to Richmond’s history, debuted a special bike-themed exhibit to coincide with the race and extended its hours from 5 p.m. to 8 p.m. in anticipation of tourists and fan traffic.

“We prepared for the possibility of increased visitation, but we are also aware that the main spectator days will come as the week progresses,” said Caitlin Orrison, director of visitor services at the museum. “It did appear that a lot of locals avoided downtown this weekend for fear of congestion.”

Orrison added that The Valentine has its own parking lot, which she hoped would encourage people to “come downtown and be a part of everything going on.”

Jemal Colden, employee of the Grilled Meats and Treats food truck, also expressed his sentiments about the lack of patron traffic.

Round Two, a popular vintage clothing and shoe boutique on Broad Street, also experienced a drastic fall in sales this week.

“Our business has been down 70 percent since [the bike race] has been going on,” said Luke Fracher, co-owner of Round Two.

Richmond 2015 expected around 450,000 on-site spectators over the course of the nine days of the race. The number also included multiple visits, meaning if you were to watch the races all nine days, you would count as nine spectators.

Some Richmonders also think that the media scared many potential patrons off by warning of heavy traffic, road closures, and lack of parking. Near the Mechanicsville exit on I-64, a sign also told commuters to simply “avoid downtown.”

The Village Cafe, normally a popular spot on Grace Street when VCU classes are in session, sent out a plea on Facebook stating, “We were fully staffed and ended up cutting shifts because we’ve been so slow … we’re trying to get people out and let them know traffic isn’t a big issue.”

But businesses are not the only ones affected. With so many tourists predicted to be in the city, Uber drivers had hoped their business would be booming. But Devon Whyche, who has been an Uber driver for six months, said he saw his demand decrease with volume “going down compared to last weekend.”

“We have yet to see the crowds that were predicted,” Brown said. She added that she hasn’t written this off as a loss yet and hopes that more patrons will come later this week.

Other local business owners are remaining hopeful as well.

“I’m hoping word will spread and more people will come out to support us and the bikers soon,” said Dickerson of Christoph’s Dog Cart.

By Haley Beck and Sterling Giles (Special to WTVR.com)