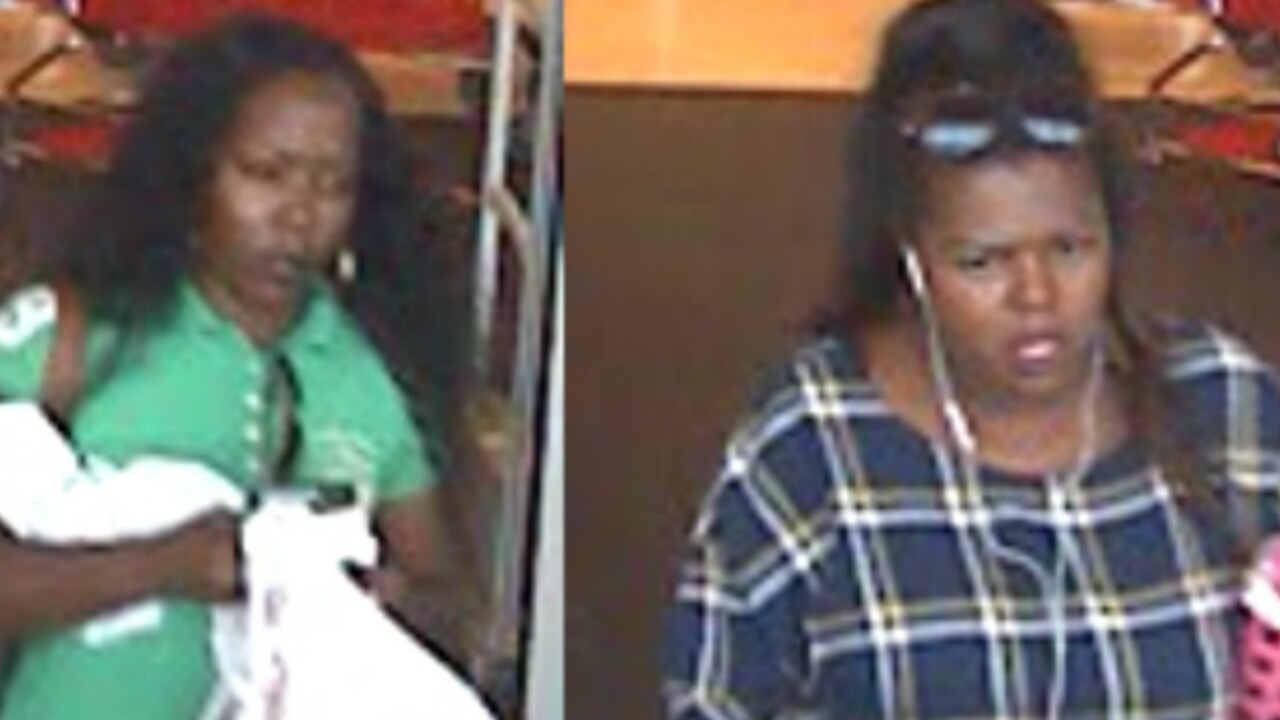 HANOVER COUNTY, Va. — Investigators released photos of two women wanted for stealing wallets out of carts inside an Atlee Road grocery store in Mechanicsville. The thefts happened September 20, 2015, between 1:30 p.m. and 3 p.m.

“The victims’ credit cards were then used at a department store located in Glen Allen on the same date,” Hanover County Sheriff’s Deputy Karen Godfrey said. “The persons of interest left the area in a dark-colored van.”

Investigators did not specify in which grocery store  the thefts took place, however there is a Kroger in the 9300 block of Atlee Road, where the crimes occurred.