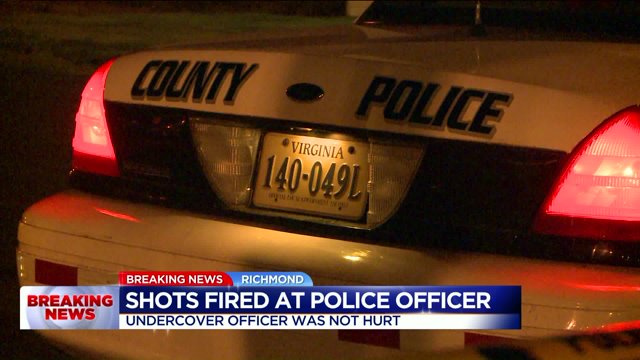 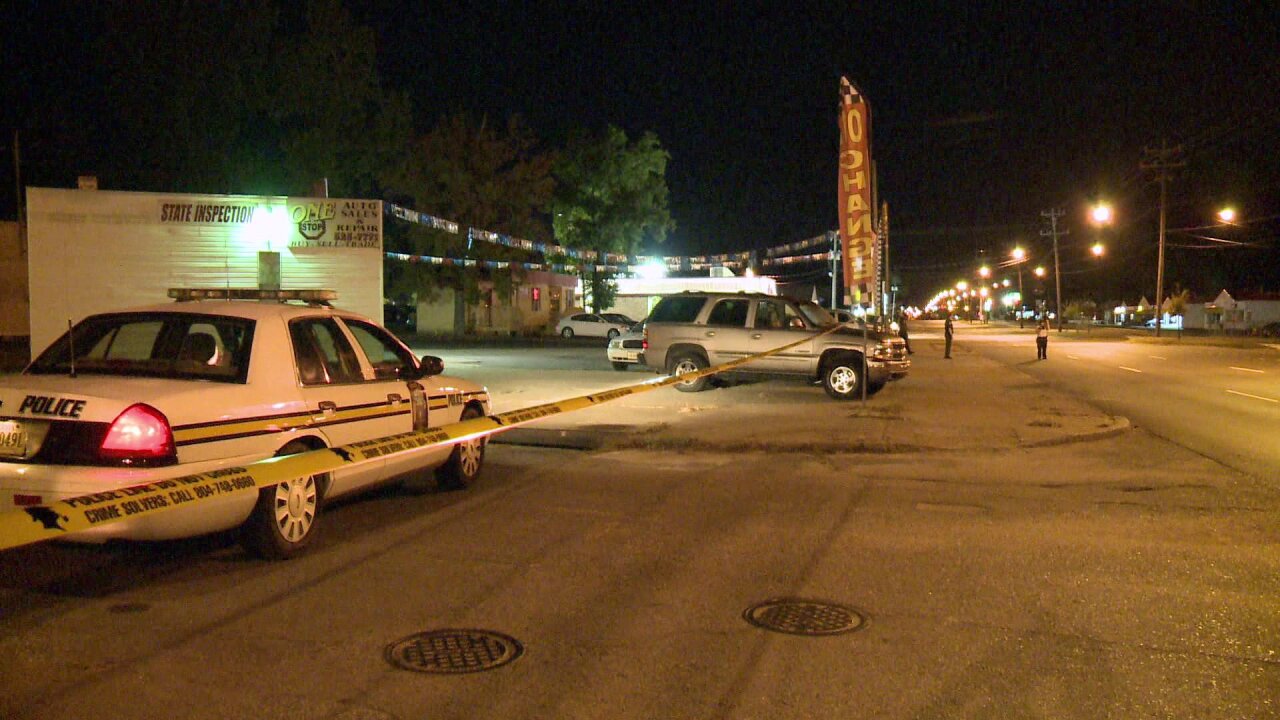 The Chesterfield officer was driving an unmarked car on Route 1 in Richmond, near the Chesterfield County line, when he spotted two men acting suspiciously in the parking lot of the Rainbow Motel at 11:45 p.m., Miller said. As the men walked away, the officer followed them in his car onto Dale Avenue.

At that point, one of the men drew what appeared to be a handgun, pointed it at the officer’s vehicle and fired a shot. The bullet did not hit the vehicle, and the officer was not injured. The suspects fled on foot, and were last seen in the 2400 block of Lancelot Avenue.

It was then, one of the men turned around, pulled out a handgun and fired at the officer, Miller said. The officer was hot hit and the bullet did not strike the cruiser. The suspects then took off running and were last seen in the 2400 block of Lancelot Avenue.

Both suspects were described as black males wearing dark-colored clothing. The suspect who fired the shot was described as being about 5 feet 10 inches to 6 feet tall and weighing about 160 to 180 pounds.

Police from both Chesterfield and Richmond responded to the shooting scene to search for the suspects and collect evidence.

The officer was not wearing a police uniform, rather a vest that said "POLICE."

One person at the motel told police he had been assaulted and robbed.