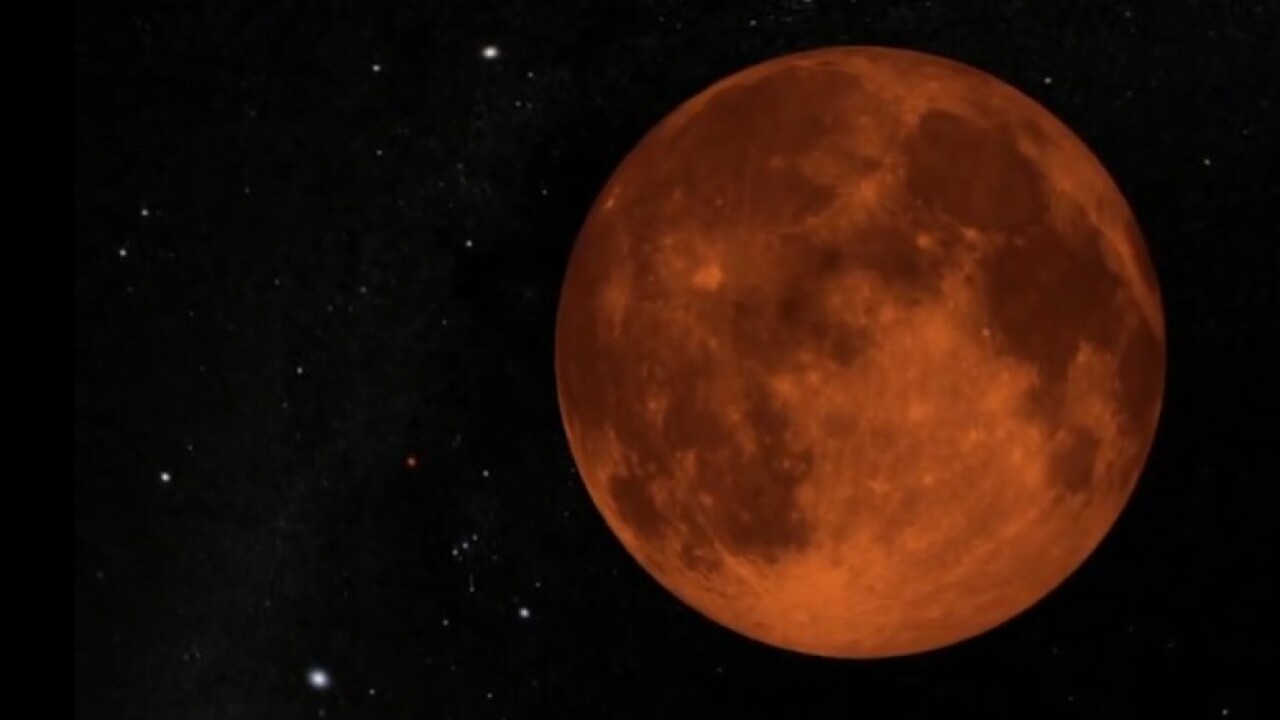 On Sunday night and early Monday morning, much of the Earth will witness a glorious heavenly event.

The night of September 27-28 will showcase a lunar eclipse coupled with a “supermoon” — a full moon that appears larger because it’s at perigee, the closest point of its orbit with Earth. The concurrence is relatively rare, having not happened since 1982.

Though some observers are viewing the date with fear — calling the eclipse a “blood moon” — for astronomers and stargazers the event is to be welcomed with celebration.

“It’s a beautiful sight in the nighttime sky,” says Mark Hammergren, an astronomer at Chicago’s Adler Planetarium. “It’s a way of connecting us to the universe at large. It gives us this view that there’s a bigger picture than just what we’re concerned with in our daily lives.”

The entire eclipse, from first shadow to last, will be visible from most of the Americas — including the eastern half of the United States — Greenland, Western Europe, western Africa north of the equator and parts of Antarctica. Other portions of the world, including western North America, the rest of Europe and Africa and a swath of western Asia, will see most of the drama, though they’ll miss the first or fading bites of the moon.

In the United States, observatories are hosting a variety of festivities to showcase the eclipse and supermoon.

The University of Nebrask Omaha is opening its Durham Science Center observatory and planetarium to the public, adding telescopes with smart phone adapters so visitors can take pictures. The Kopernik Observatory & Science Center, near Binghamton, New York; the Griffith Observatory in Los Angeles; and Hammergren’s own Adler are planning moon parties for what the Cincinnati Observatory is calling “THE astronomical event of the year.”

Can’t make it to a planetarium? NASA TV will have live eclipse coverage that you can watch in the comfort of your own home.

Hammergren points out that these astronomical events link humanity to history. We’ve been watching the skies for thousands of years, creating mythology, arriving at scientific discoveries and simply taking pleasure in the movement of celestial bodies.

“Astronomy, in particular, is something that hooks us up to our most ancient roots,” he says.

For some, astronomy also provides clues to earthly futures — and this particular “blood moon,” as some end-times believers call the lunar eclipse for the reddish tint of the earth’s shadow, is revealing of particularly troubled times to come.

The eclipse is said to be the last of a “tetrad,” four consecutive total lunar eclipses, each separated by six lunar months, that took place on Jewish holidays. (The first three in the current series took place April 15, 2014; October 8, 2014; and April 4, 2015.) Some Christian ministers have theorized that the sequence has earth-shaking significance, noting that other tetrads took place in key years in history, including 1492 (Jewish expulsion from Spain) and 1948 (a Mideast war).

In promotion for his 2013 book “Four Blood Moons,” Christian minister John Hagee claimed that the tetrad was a signal being sent by God.

“The coming four blood moons points to a world-shaking event that will happen between April 2014 and October 2015,” he said.

And Mark Blitz, head of El Shaddai Ministries and the author of “Blood Moons: Decoding the Imminent Heavenly Signs,” says that God is trying to get humanity’s attention — and we ignore it at our peril.

“There are always the naysayers and the agnostics when it comes to God trying to reach mankind in His urgent message to repent,” he told World News Daily, which has been charting the eclipse’s arrival with headlines such as ” ‘Blood Moons’ expert: Get on God’s calendar” and “Coming solar eclipse seen as ‘judgment.’ ”

“Here we have had four total lunar eclipses in a row on Passover and Tabernacles,” he said. “And just look what is happening in the world today!”

Skeptics have pointed out that claims made of “blood moons” — a term that has only arisen in the last few years, Hammergren says — should be taken with at least a few grains of salt. After all, their coincidence with Jewish holidays is logical, since the Jewish calendar is a lunar calendar, and some tetrads’ occurrence in significant historical years is an example of confirmation bias — looking for connections that fit preconceived notions.

“People have been predicting the end of the world for thousands of years in recorded history, and not a single time has that come about,” says Hammergren.

One prediction that’s still being refined is one of the most basic: the weather.

As of Thursday morning, the Southeast United States is forecast to be cloudy on Sunday night, making for poor visibility. On the other hand, the rest of the country should be fairly clear, with plenty of opportunities to watch.

And there will be plenty of opportunities. As Hammergren points out, the supermoon eclipse is one of those events best viewed with the naked eye (though binoculars can come in handy), so anywhere there’s a clear sky will do the trick.

It’s also a great chance for astronomers to educate folks who may spend more time staring down at a screen than looking up at the sky.

“It’s a great entry point,” says Hammergren. “You think the lunar eclipse is neat? Let me tell about this other stuff going on.”

But don’t miss your chance at Sunday’s supermoon eclipse. The next one isn’t due until 2033.