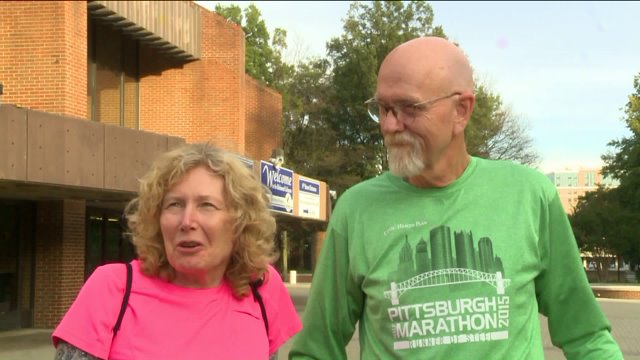 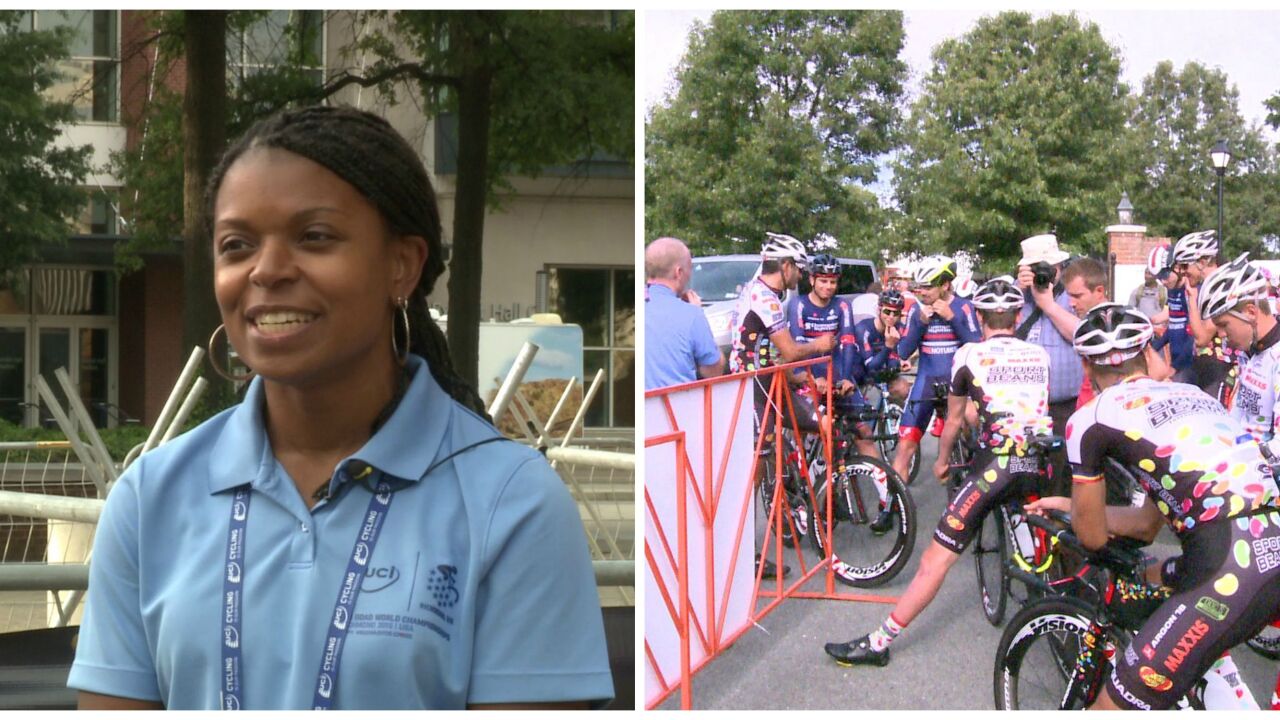 RICHMOND, Va. -- The UCI races in mighty RVA have hit another gear.

Crowds thickened Wednesday and it's feeling like a big-time, international event. You walk downtown; you can hear a dozen different languages in as many steps in some blocks.

The fear and fury surrounding the traffic, the expense, the inconvenience, the blocked streets and businesses have faded somewhat.

As the Community Engagement Director , the public face for Richmond 2015, she's faced the frustrations during 200-some public meetings.

"I've heard it all," she said Wednesday. "I've been in front of the firing squad many a time."

Anyone with a question or complaint would generally reach her or her assistant, Joshua Griffin, during those quick, heavy, scrambling months of preparation that saw the city and two counties hustling to make this happen.

"All working together, sitting in the same room," Griffin recalled. "People who would not of interacted with each other if they weren't putting on a bike race."

Their front-row seat has shown them much to celebrate.

"We have a lot of volunteers out here," Callahan said as the last of the bike valet crew left for the day.

More than 7,000 people filled out a volunteer profile, she said, and  4,000-plus have come in for a shift - more than half of them local.

Volunteers Lynn Klancher and Chip Coutts of Glen Allen said they're delighted to be part of this comet-like race (it won't be back here in our lifetimes), even if their shift included getting people to properly use the recycling bins.

Every successful event in Richmond - the Richmond Marathon and our Folk Festival, for example - is built on two things: Us buying into it and volunteers making it work.

But this event is also about RVA - that's us - hosting the rest of the world.

"We have to show our hospitality," Callahan said.  "Every one of us is in an ambassador for this event. Because, for any one person getting off the shuttle bus or just walking through our streets, if they have an interaction with us we are the memory they're going to take back with them from wherever they came from."

Griffin said he was touched watching Wednesday's live feed - what the world was watching - and seeing folks in the streets and driveways waving flags and cheering.

As Callahan said, "We've got four days to bring it home."

Four days to the finish line.

For years, hardcore bicycling enthusiasts will be coming here to ride these now-famous routes, to see how their times compare with the legends who now racing in our town.

But what about the rest of the world who will see glimpses of us and our area?

What about us and our willingness to host big events, to take pride in sharing our home, to be willing to stretch?

This has definitely been an endurance race, pushing through in the face of big obstacles and fierce criticism.