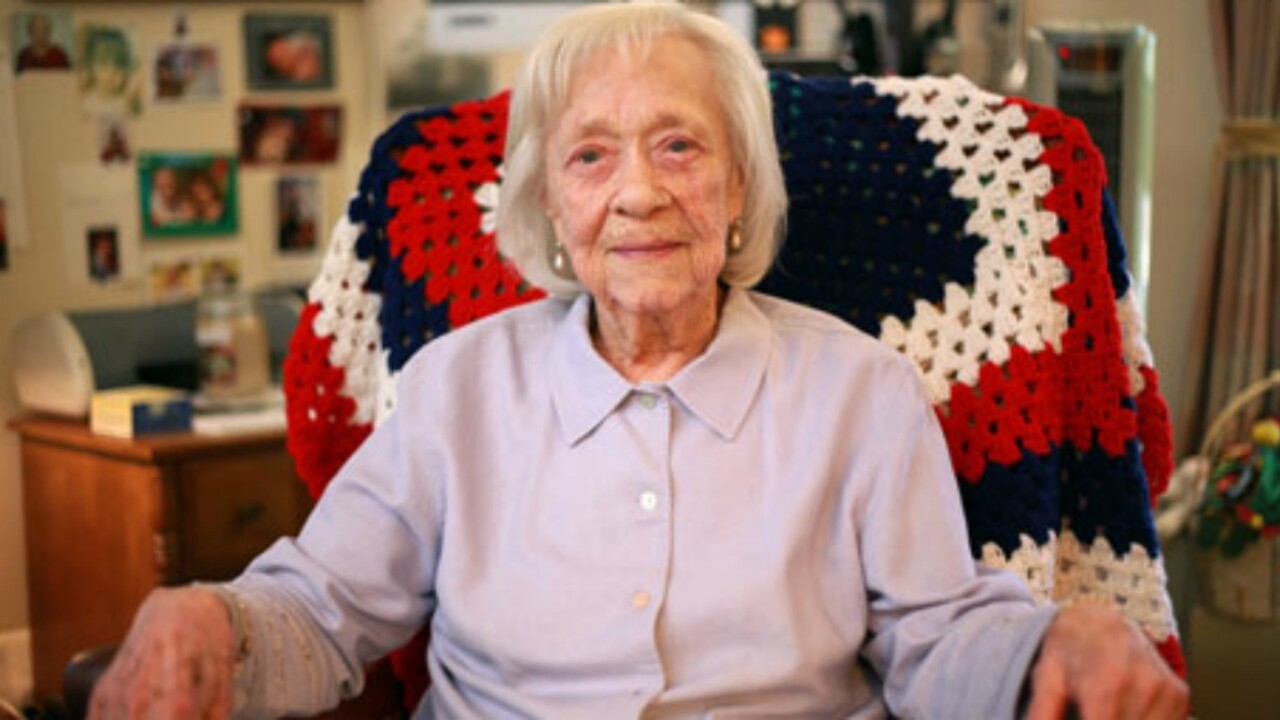 HENRICO COUNTY, Va. — This Is One Really Incredible 99 Year Old. Those words appear on a pillow in the center of Ersell Brinser’s bed. At the foot of the bed, you’ll find a pile of four folded blankets, all designed as American flags and crocheted by Brinser. Crocheting is how she spends her time when she isn’t watching Dr. Phil or Oprah.

Although she crochets many blankets with different color schemes, Brinser’s most popular design is the American flag. She recently presented a flag to Henrico County, her home for the majority of her life. She received a certificate of appreciation – and a personal visit – from County Manager John Vithoulkas.

Brinser became particularly patriotic after the attacks of 9/11, which inspired her to start making American flags for people all over the world. She has sent flags to Mexico, Canada and President George W. Bush, who responded with his thanks.

If you walk out of Brinser’s red, white and blue room, you’ll step into a hallway at the Masonic Home of Virginia, a local retirement care center. Don’t step out just yet, though.

Brinser’s room, her permanent residence since 1998, can be overwhelming at first. She crammed a house’s worth of picture frames, yarn and scrapbooks into one modest bedroom. In one corner is a couch where a black plastic divider sits – she calls this corner her office.

Also on that couch is her address book, which is really a large poster board. Everyone that she could ever need to contact is included on this list, with their names and phone numbers written in bold black sharpie. She doesn’t need to reference it often though, because she has many of the numbers memorized.

Brinser finds a spot on that same couch, on the side opposite her office. She is dressed in light blue, her eyeglasses hang around her neck, and her blondish-grey hair rests softly atop her head. She wears earrings with angels hanging from them. These characteristics encapsulate the gentleness of her appearance at age 99.

Her personality is quite the opposite.

Click here to continue reading about Ersell Brinser on the Henrico Citizen.