RICHMOND, Va. – Fans of actor Daniel Radcliffe have been grinning ear to ear as he takes the time to snap pictures and sign autographs.

He’s been spotted exploring Richmond, and checking out local restaurants.  The actor is hunkered down at a nice hotel, and will be in the city a few more weeks while he shoots scenes for the indie movie “Imperium.”

Last week he was spotted at Juleps Restaurant on East Grace Street. That’s where he posed with 12-year-old Zoey Van Peppen, a Tuckahoe Middle School student.

Zoey’s dad John is the general manager of Juleps. He said Radcliffe came in last week and ordered shrimp and grits.

Right now it seems the spot to find Radcliffe is Hopewell, where most of the filming is being done.

Around 150 fans lined up, as early as 11 a.m., and waited hours to meet Radcliffe outside the K&L barbecue place, on Wednesday, Sept. 23. Thursday he was spotted at Lisa’s Café, where he also graciously signed autographs.

His smiling mug was posted all over social media, with giddy declarations as the actor posed for pictures, signed various collectibles and held grimacing children.

“He was such a sweet humble guy,” said Shannon Martin, who lives in Prince George and took his kids to meet Radcliffe.

Martin said that Radcliffe made a “concerted effort to meet and greet, sign, photo with everyone.”

This picture of #aaliyahnicole means more then u can imagine, getting to see that huge #smile on her face when she got to meet #danielradcliffe today while he was filming #imperium

He said it was an amazing experience for the kids and added that he had really bonded with his son, who has Aspergers, over the Harry Potter books and movies.

“We saw all the movies, just the two of us,” he said.  “So to end it with meeting him, and getting an autograph; it really sets a memory for life.” 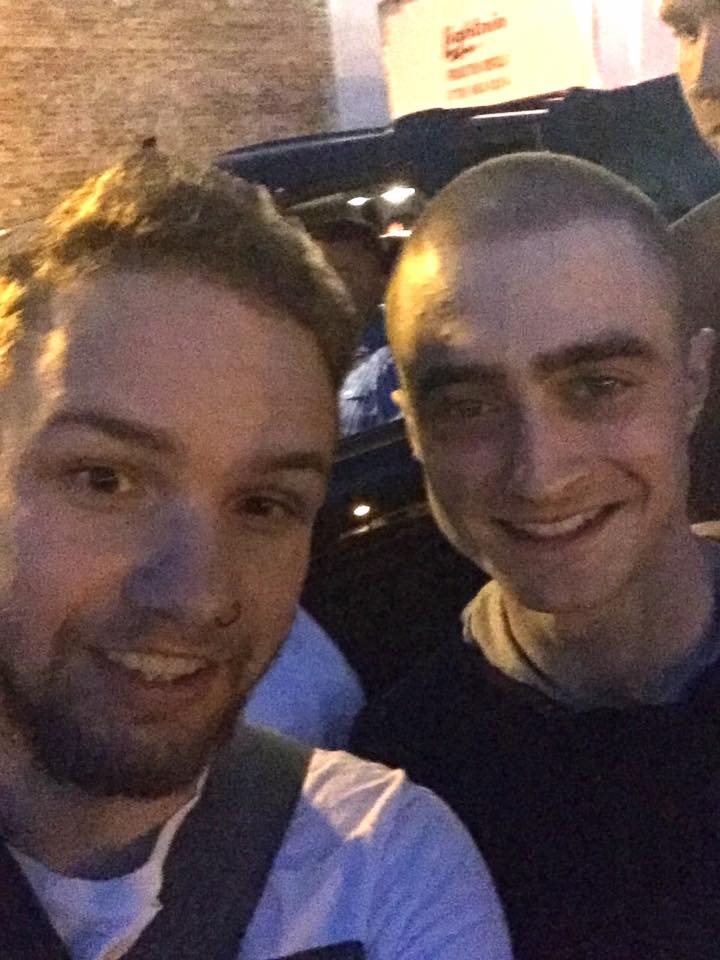 Martin added that there wasn’t much time for conversation, but he was still very congenial after a 12-hour work day.

“Genuine guy in an otherwise chaotic business,” he said.

The pictures reveal Radcliffe’s thick brown locks are gone; his head was shaved under a NY Giants cap. It’s for his role as a young FBI agent who goes undercover to find and stop white supremacists trying to make a dirty bomb.

The story line is based on the experiences of FBI undercover agent Michael German, who worked within neo-Nazi and militia groups.

Multiple locations have been scouted in Hopewell, as well as Richmond, confirmed Andy Edmunds, director at the Virginia Film Office.

Have you spotted Daniel enjoying our beautiful state? Shoot us an email!