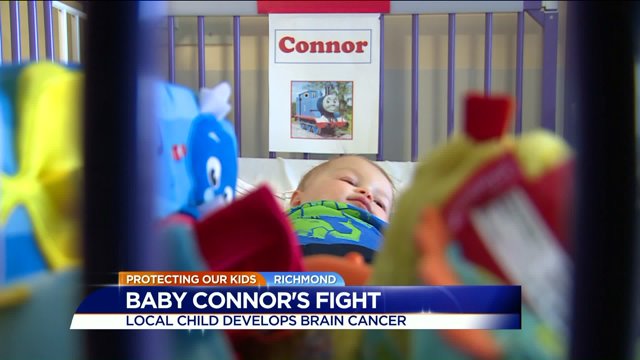 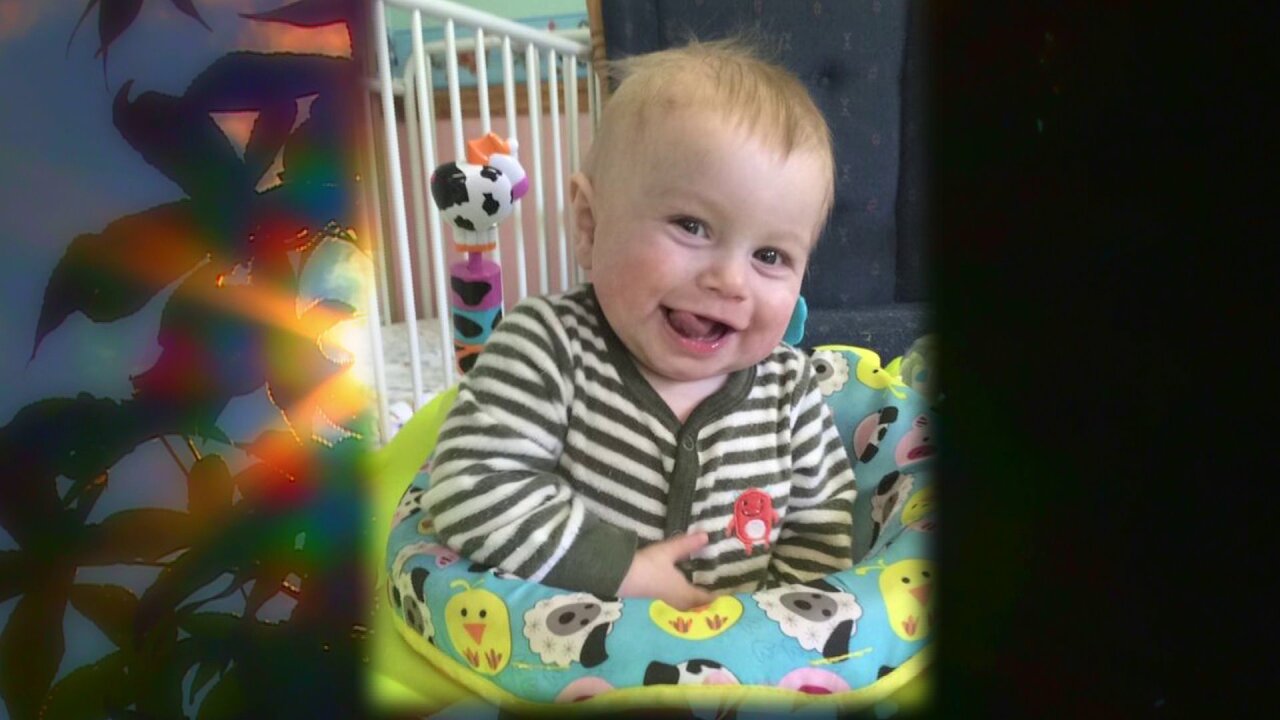 RICHMOND, Va. -- For two weeks the parents of baby Connor Taylor were taking their son to their pediatrician or the emergency room for what started with a stomach virus. It was until a CAT Scan that they discovered Connor had cancer -- dramatically changed his life.

Inside the VCU hospital room the one-year-old, he and his mother are playing hi-five.

"You want to show off? Can you do hi-five? Hi-five, hi-five!” Katie O’Donoughue smiles after their hands connect.

When asked to describe her son, her answer is simple: "He's just 100-percent resilient."

In August, six days after his first birthday, Connor was diagnosed with Medulloblastoma, a brain cancer, that was in an aggressive stage.

"The tumor was an extremely significant size by the time they got [it], but there were no signs of it prior to that," O’Donoghue said.

Doctors were successfully able to remove the tumor, but Connor remains in the hospital and because of his age, he cannot have radiation. So the little fighter must endure six treatments of chemotherapy.

"Anytime Connor has a procedure and there have been many he always comes out of them as if to say OK, what's next," his mother said.

Some days are harder than others for Katie and her husband, Jason, but  when she looks at what she calls her small miracle and sees his attitude, she said it makes her proud.

"Nothing is going to stop him from having a good time with everything going on he's just wonderful," O’Donoghue added.

Connors parents said they would not have been able to get through this ordeal without the support of family and friends and have organized a couple of benefits.

The first takes place Oct. 24 from 1 to 7 p.m. at Mugzy’s Grill at 1312 E. Pembroke Avnue in Hampton. There will be a chili cook off, live music and more. Click here for Facebook event info.

Then another benefit will take place Nov. 21 at 6:30 p.m. at Ashland Moose Family Center at 11299 S Washington Highway in Ashland. Dinner is $20 a couple or $10 for individuals, Live Music and more. Click here for Facebook event info.