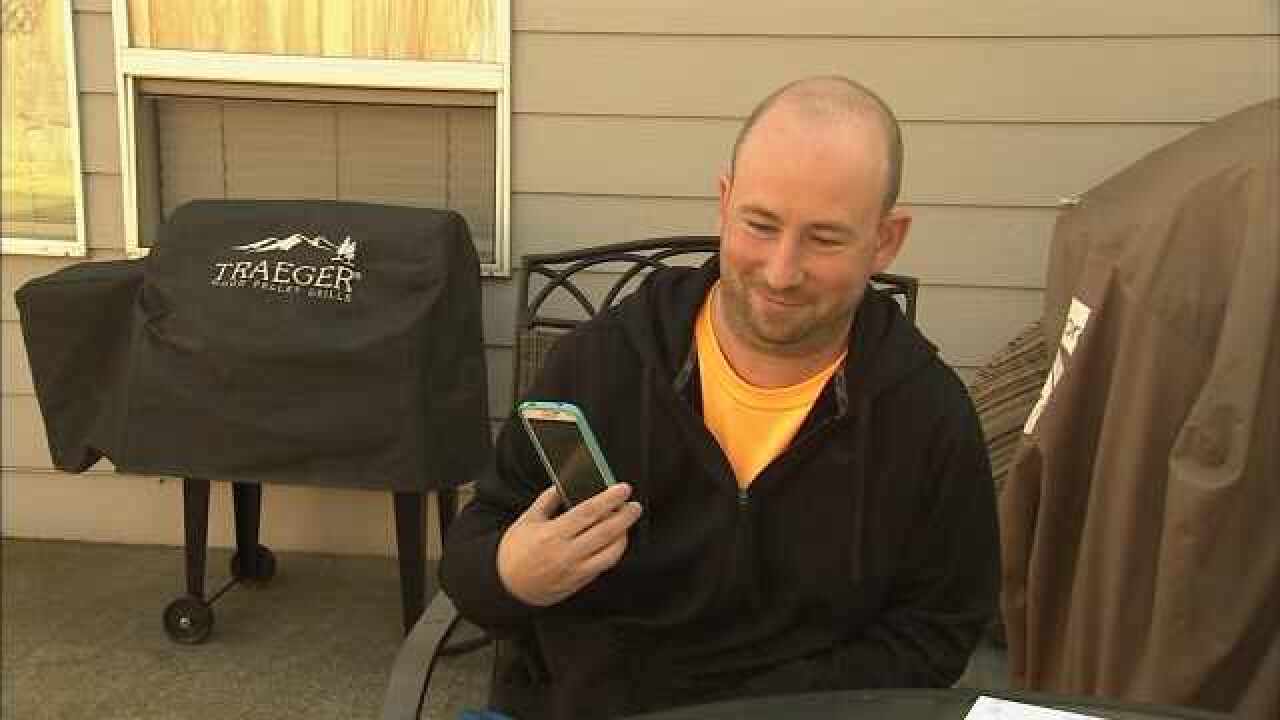 DAMASCUS, Or. — We’ve all found mistakes on our cell phone bills, likely a few dollars here and there. But imagine hearing you owe more than $2 million on a phone plan you had for just a month.

That’s exactly what Ken Slusher of Damascus and his girlfriend say they’re dealing with.

On Tuesday morning, Slusher wired over a down payment on a brand new house. It’s a place that he, his girlfriend and their kids can’t wait to move into.
But it may not happen because of what Verizon Wireless claims they owe.

While FOX 12’s Jamie Wilson listened on, Slusher called an automated phone line to check his Verizon account balance. A voice recording said, “Your total amount due is $2,156,593.64.”

Slusher and his girlfriend opened a Verizon account last November and they bought two phones. They only kept the service for one month after noticing major discrepancies on their bills.

“The number of errors and the comedy of which they happened is astounding to me,” he said.

Slusher says they canceled the service in December and returned the phones to a local Verizon store in January.

They thought it was all cleared up until they started getting notices from several collection agencies demanding upward of $2,000.

Slusher and his girlfriend say they’ve been going back and forth for months with customer service representatives who agree there’s been a mistake. However, with no resolution, Slusher checked his Verizon account balance again on Monday and that’s when he heard the $2 million figure.

Slusher is scheduled to close on his new house next Monday, but with collection agencies coming after him, he says his mortgage company won’t sign off on a loan.

“If I don’t get this straightened out in the next 24 hours, I can almost guarantee I’ll lose this house,” he said.

FOX 12 made several calls to Verizon Wireless executives looking for an explanation. Late Tuesday evening, a spokeswoman responded saying she will look into the situation.