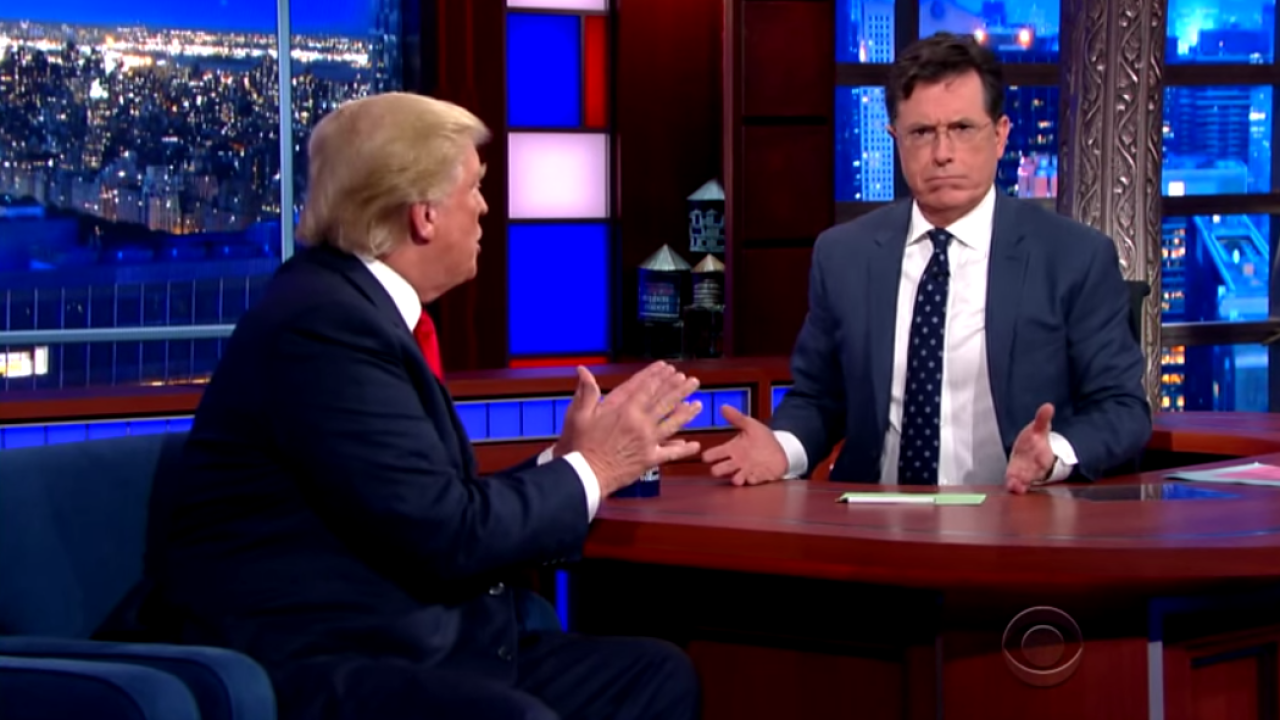 Trump’s appearance on Stephen Colbert’s “Late Show” Tuesday night gave the show its best ratings since its debut on September 8.

Colbert’s sit down with the outspoken presidential candidate gave the show an overnight rating of 3.7. That was the biggest “Late Show” audience since the 4.9 rating on Colbert’s opening night.

This number crushed Colbert’s closest competition Tuesday, Jimmy Fallon and “The Tonight Show,” who pulled in a 2.8.

In terms of the prized advertising demographic of viewers aged 18 to 49 years old, Colbert tied Fallon 1.0 to 1.0.

Colbert’s Trump boost comes a little over a week after Fallon saw a “Trump bump” of his own. Trump’s appearance on September 11 helped Fallon beat Colbert bringing in an impressive 4.5 million viewers.

Trump and Colbert had a spirited conversation Tuesday night that touched on topics like Trump’s plans for immigration and his thoughts on the Iran nuclear deal.

Colbert served up what he called a “big fat meatball” of a question, asking Trump, “Barack Obama, born in the United States?”

Trump dodged the question saying, “I don’t talk about it anymore,” before moving on to other issues.

More detailed ratings from Tuesday night, including viewership numbers, will be released later in the day.