MIDLOTHIAN, Va. -- Evacuations were ordered along the 6800 Deer Run Drive in Midlothian following a gas leak near Swim Quest Aquatic Center, according to Chesterfield Fire officials and witnesses. Swim Quest's owner Dudley Duncan was told the gas leak happened on the street near the swim center. 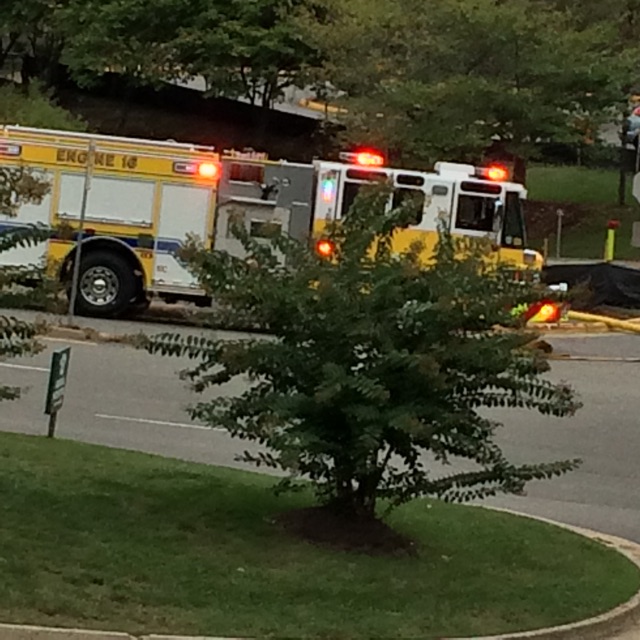 "Columbia Gas of Virginia is in the process of making repairs to the damaged natural gas line at the intersection of Velvet Antler and Deer Run Drive in Chesterfield County. The two inch plastic natural gas main line was damaged by a third-party contractor on Tuesday morning and has resulted in the temporary loss of natural gas service to 66 residents in the Velvet Antler Section of the Deer Run subdivision. No injuries were reported," Columbia Gas spokesman Bob Innes said. "The process for repairing the natural gas main line is to remove the water from the excavation, remove the damaged plastic pipe and replace the damaged."

The evacuation involves nearby homes and businesses, Chesterfield Fire and EMS spokesman Lt. Jason Elmore said. The gas line was cut by a road crew, he added.

"Columbia Gas technicians are going door-to-door to shut off the natural gas meter of the impacted customers," Innes said. "Once natural gas is restored to the pipe, technicians will revisit each property to perform a safety check, restore natural gas service and relight customer appliances. Until the repairs are completed, it is difficult to project when all customers will have service restored tonight."

No injuries have been reported. This is a developing story.