Police: She stole $1,000 worth of sunglasses from Chesterfield Towne Center

CHESTERFIELD COUNTY, Va. — Police released several photos of two women wanted for stealing $1,000 worth of sunglasses from Sunglass Hut at Chesterfield Towne Center. The crime happened the afternoon of September 9.

“One woman pulled the frames from the display and handed them to the second woman, who concealed them in her purse,” a Chesterfield Crime Solvers spokesperson said. “Both suspects were white females, one with a very unique appearance.”

She was described as a 5 feet 5 inches tall with a medium build. 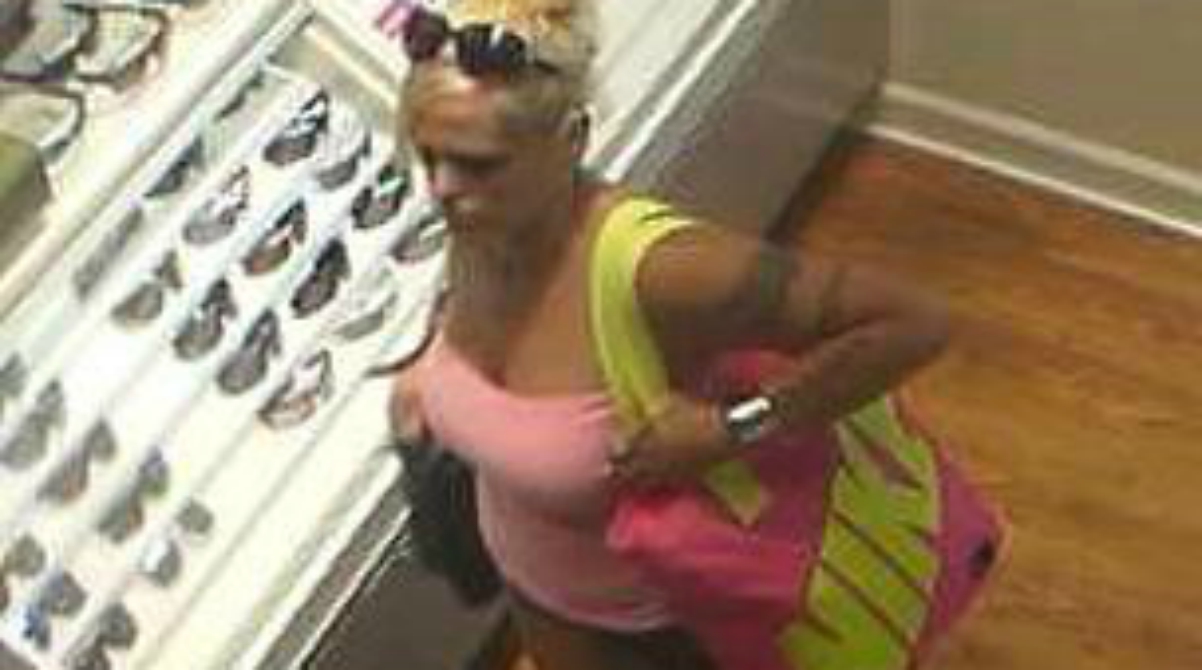 “She had dark hair that was dyed blonde. She had numerous tattoos, including one on the back of her neck, two on her left upper arm and one on her left shoulder blade. She was carrying a large pink-and-yellow Nike bag, as well as a large, dark-colored purse,” police said. “The second [white] female was of similar height and build. She had light brown hair and wore a black-and-white stripped tank top.”