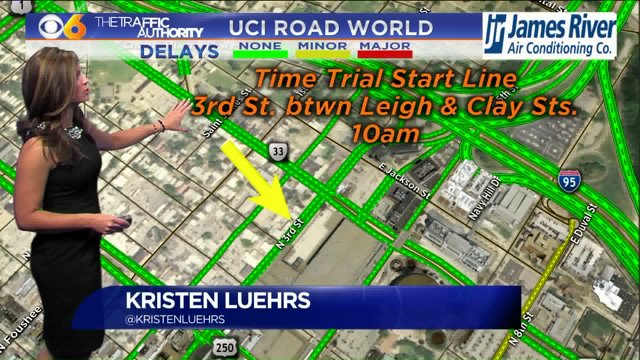 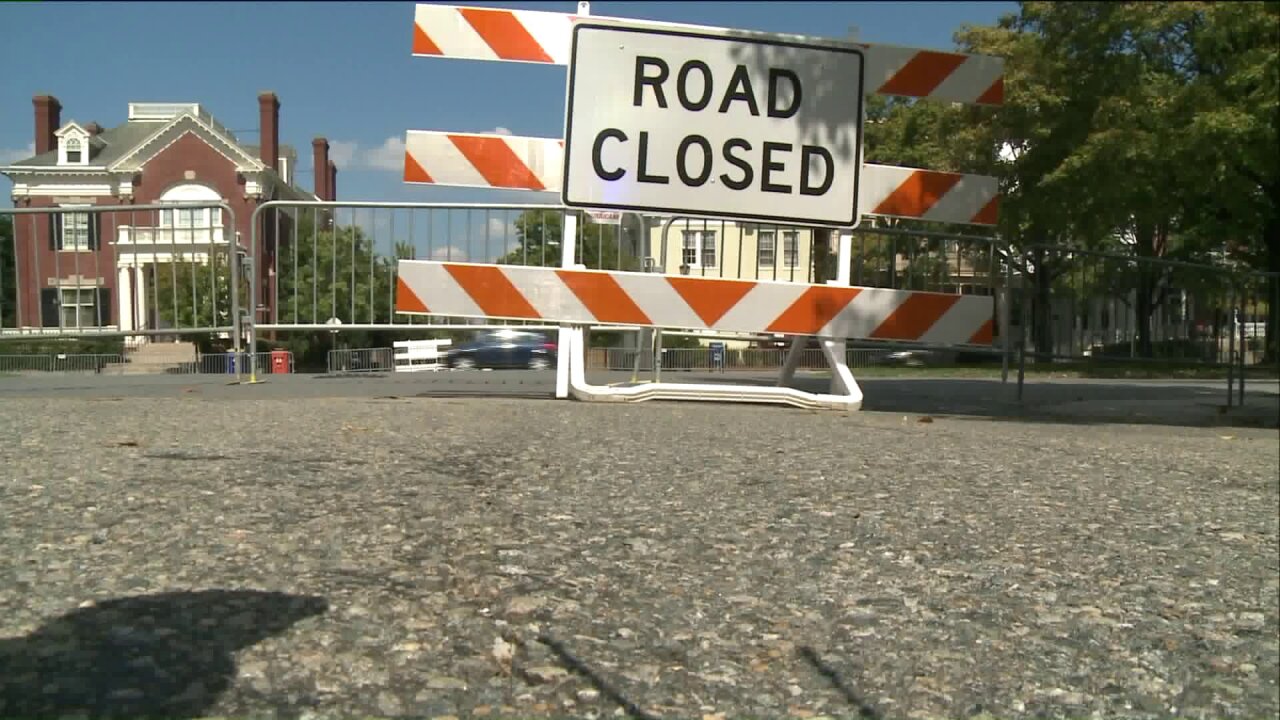 RICHMOND, Va. – Navigating the city will require some planning over the next seven days due to the UCI Road World Championships. There are two Individual Time Trials on Monday, Sept. 21, that will prompt road closures.

The timing of the races mean that drivers can anticipate road closures from 9 a.m. to around 4 p.m. That said, there are permanent road closures in effect until the races end on Sept. 27.

The downtown area and Belvidere corridor areas will be impacted. There will be course crossings allowed.

CLICK TO ENLARGE AND SEE CLOSURES FOR MONDAY, SEPT. 21

On Monday, there will also be interstate ramp closures.

As far as the course, racers head west from downtown to Monument Avenue. From there, the course makes a 180-degree turn at N. Davis Avenue and continues in the opposite direction. The race then cuts through the Fan district before coming back through Virginia Commonwealth University and then crossing the James River.

After a technical turnaround, the race comes back across the James and works its way through downtown Richmond, eventually heading up the 300-meter-long climb on Governor Street.

There are two fan zones and the FanFest, places where you can watch the racers and also see the Jumbotron perspective which provides other details of the race and vantage points. Fan zones have food, beer, television and bathrooms.

The beer garden at 12th and Broad Street has the homestretch view, and there are food trucks there, and also near the finish line.  More details here, but click that image to enlarge, and it should work great!

Click here for the  printable day-by-day view of Fan Zones: Where to view UCI races and Fan Zones