How to get your blood pressure down to 120 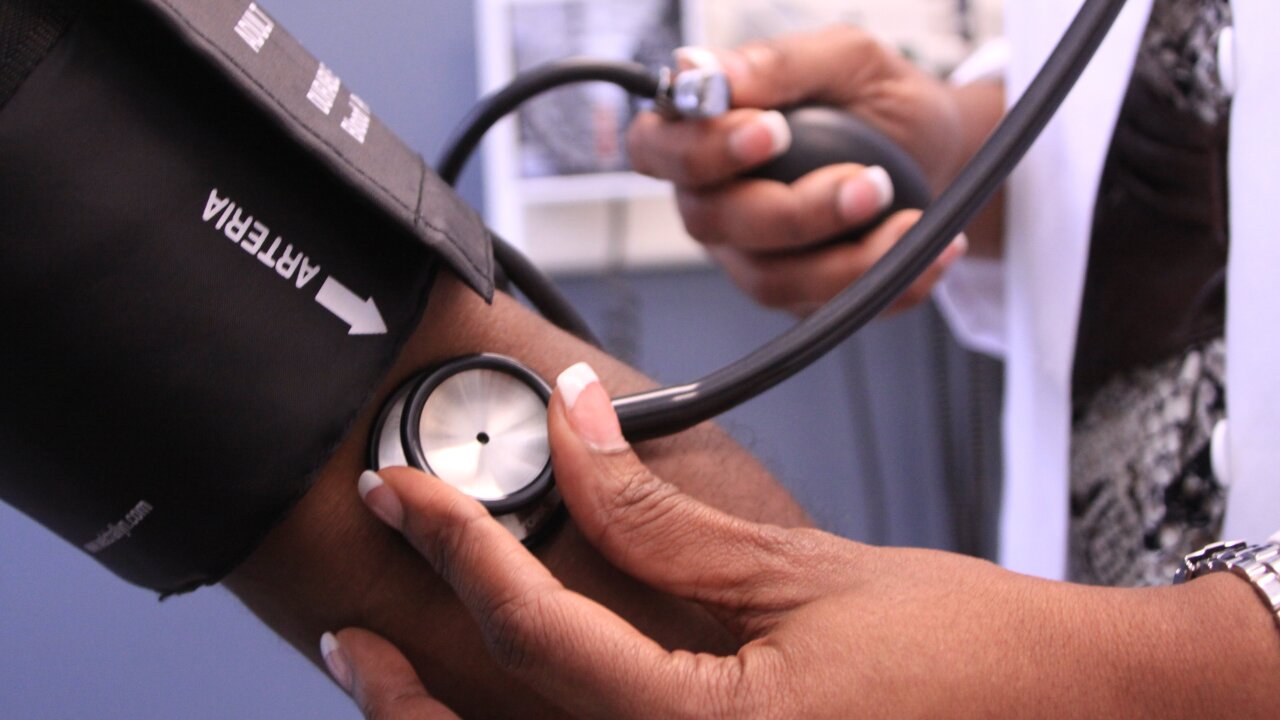 Doctors have long known that systolic blood pressure below 120 was considered normal and meant a lower risk of heart disease and kidney problems. But they would often only treat patients if that top number crept above 140, the threshold for officially having high blood pressure.

Recent findings from a large National Institutes of Health study now suggest that it’s worth treating patients in that prehypertension gray area of 120 to 140, in order to bring them down into the normal range.

The findings, which have not yet been published and are still preliminary, found lower rates of heart attack, stroke and death among people with high blood pressure who brought that top number down to 120. In order to reach that goal, study participants in the 120 group took an average of three blood pressure medications, whereas the 140 group took two medications.

“This is notable because there (are) a lot of people out there with blood pressure in the 130s that we might previously have left alone, but if the results of this trial (are) as we think they are, it might be reason to try to get them to 120,” said Dr. John D. Bisognano, professor of medicine at the University of Rochester Medical Center and president-elect of the American Society of Hypertension.

The final results of the NIH study will arrive in the coming months, but “it has changed in my practice. Like if I have someone in the low 140s, I no longer say that’s sort of close. … I try to push them down into the mid-130s if they are nondiabetic,” Bisognano said. (Although this strategy might also help people with diabetes, Bisognano added, the NIH study only looked at people over 50 who did not have diabetes.)

The focus is on the top number in a blood pressure reading because it’s a better predictor of heart attack and stroke than the bottom number, the diastolic pressure, Bisognano said.

So how can patients take their blood pressure down to 120?

If that becomes the new goal, many people will probably need to start a blood pressure medication or add another to their current regimen, Bisognano said. But there are also a number of lifestyle interventions they may be able to tap into instead of taking a new drug. Here are their options:

Many people have to take blood pressure medication just to stay close to the 140 mark, Bisognano said. Some may even run marathons and lead otherwise healthy lives, but just can’t get down in the normal range, possibly because they are genetically predisposed to high blood pressure.

To get down to 120, these people may have to take more blood pressure medication. The most common, Bisognano said, are the “ABCDs”: ACE inhibitors, beta blockers, calcium channel blockers and diuretics. Typically, patients who need more than one medication would take one from each of these classes.

Although the ABCDs can lead to side effects, such as dehydration, headache and weakness, most people can tolerate them and the problems are usually not severe, Bisognano said. In addition, “we are in a golden age of hypertension treatment, where almost all of the drugs are cheap,” he said.

A medium dose of one of these medications usually brings systolic blood pressure down by about 10 points, said Dr. Karen Margolis, director of clinical research at HealthPartners Institute for Education and Research.

Weight loss can lower blood pressure about as much as taking a single blood pressure medication, Margolis said. Research suggests that losing about 9 pounds could reduce systolic blood pressure by 4.5 points, and one study found that maintaining weight loss of about 7 pounds for a year could even bring it down by 11 points.

It is not clear why weight loss is so beneficial for blood pressure, Bisognano said. It may lead to changes in circulation, or it may be because of the dietary changes that can accompany weight loss, such as eating less salt. “(However) we have to appreciate how difficult it is to lose weight,” especially if you are busy, Bisognano said. “Sometimes you can do it and sometimes you cannot.”

Along with weight loss, exercise is probably the best way to lower blood pressure without the possible side effects of medication, Bisognano said. It makes arteries more flexible and better able to dilate, which directly reduces systolic blood pressure, he said.

The American College of Cardiology and the American Heart Association recommend 2½ hours a week of medium intensity physical activity, such as jogging, swimming and dancing. One study found that 10 weeks of moderate exercise, such as walking and cycling, for an hour three times a week reduced systolic blood pressure in sedentary older adults by 5 points.

For some people, however, the slog of going to the gym after a long work day may be worse than the side effects of medication, Bisognano said. But even being a “weekend warrior” can help. “Then, when your life permits you to do something once or twice a week, you’ll be in physical shape to do that,” Bisognano said.

Scale back the salt

One of the most important dietary changes some people can make to lower blood pressure is reducing salt intake, Bisognano said. Many of us consume 9 to 12 grams of salt a day, but the American Heart Association recommendation is 3 or 4 grams. In one study, scaling back daily salt levels from 8 grams to 4 grams was associated with a drop of 6.7 points in systolic blood pressure.

But only people whose blood pressure is affected by salt may reap this kind of blood pressure-lowering benefit. “If you don’t have salt-sensitive hypertension, it will not do much,” said Dr. Samuel Joseph Mann, professor of internal medicine at New York-Presbyterian Hospital Weill Cornell Medical College.

About half of black people and a quarter of white people have salt-sensitive hypertension, and the numbers are higher in older people, Mann said. You can see if your hypertension is affected by salt by reducing your intake for four or five days, such as by cutting out soups and processed foods and not eating out, and measuring your blood pressure at your drugstore before and after, Mann added.

If reducing salt is not enough, people with high blood pressure have an entire diet designed for them. Dietary Approaches to Stop Hypertension, or DASH, was developed by the National Institutes of Health and has been voted one of the best overall diets.

The DASH diet is high in fruits, vegetables and fiber, and low in sodium. It may further reduce systolic blood pressure by about 3 points compared with a regular low-sodium diet, according to a trial of DASH.

However, a drawback of the DASH diet is that it’s high in carbohydrates. This can stimulate the appetite and make it harder for people to lose weight, Bisognano said. If you are trying to lose weight and lower blood pressure, diets such as Zone and South Beach, which balance carbs with protein and fat, may be easier to stick with for six months or so, he added.

Not every tasty treat is bad for your blood pressure. Research suggests that people who ate more dark chocolate over a period of two to eight weeks had lower systolic blood pressure by about 2 points. Antioxidants in cocoa, called flavanols, may help dilate arteries.

High blood pressure is another reason not to binge drink. Studies suggest that alcohol reduction interventions can reduce systolic blood pressure by about 4 points among people who consume between 30 and 60 drinks a week. The American Heart Association recommends that women stick to an average of one alcoholic drink a day and men to two.

It may not come as a surprise that meditation practices that aim to improve focus and reduce anxiety may also lower your blood pressure. An analysis of studies of transcendental meditation using a short mantra found it could reduce systolic blood pressure by nearly 5 points more than those who did not meditate or used other relaxation techniques.

“We know that transcendental meditation, and other relaxation techniques such as yoga, definitely work if done regularly. The question is, can people do it regularly?” Bisognano said.