VASHON, Washington — A setter named Tillie helped rescue a trapped basset hound named Phoebe after spending nearly a week by her friend’s side, according to the Vashon Island Pet Protectors shelter (VIPP).

“We are overjoyed to report that after being missing for a week, Tillie and Phoebe are now safe after being found deep in a ravine off monument road – with Phoebe being stuck in an old cistern,” the shelter posted on Facebook. “VIPP volunteers have been helping search for the dogs and today [September 14] we received a call from a community member reporting that for the past few days a ‘reddish’ dog had been coming up to them when they were out on their property and then promptly heading back into a ravine. So with a needle in the haystack hope we made our way into the ravine and after a bit of searching, finally heard that sweet sound we have been waiting for all week. A small one-woof response when we called out ‘Tillie.'” 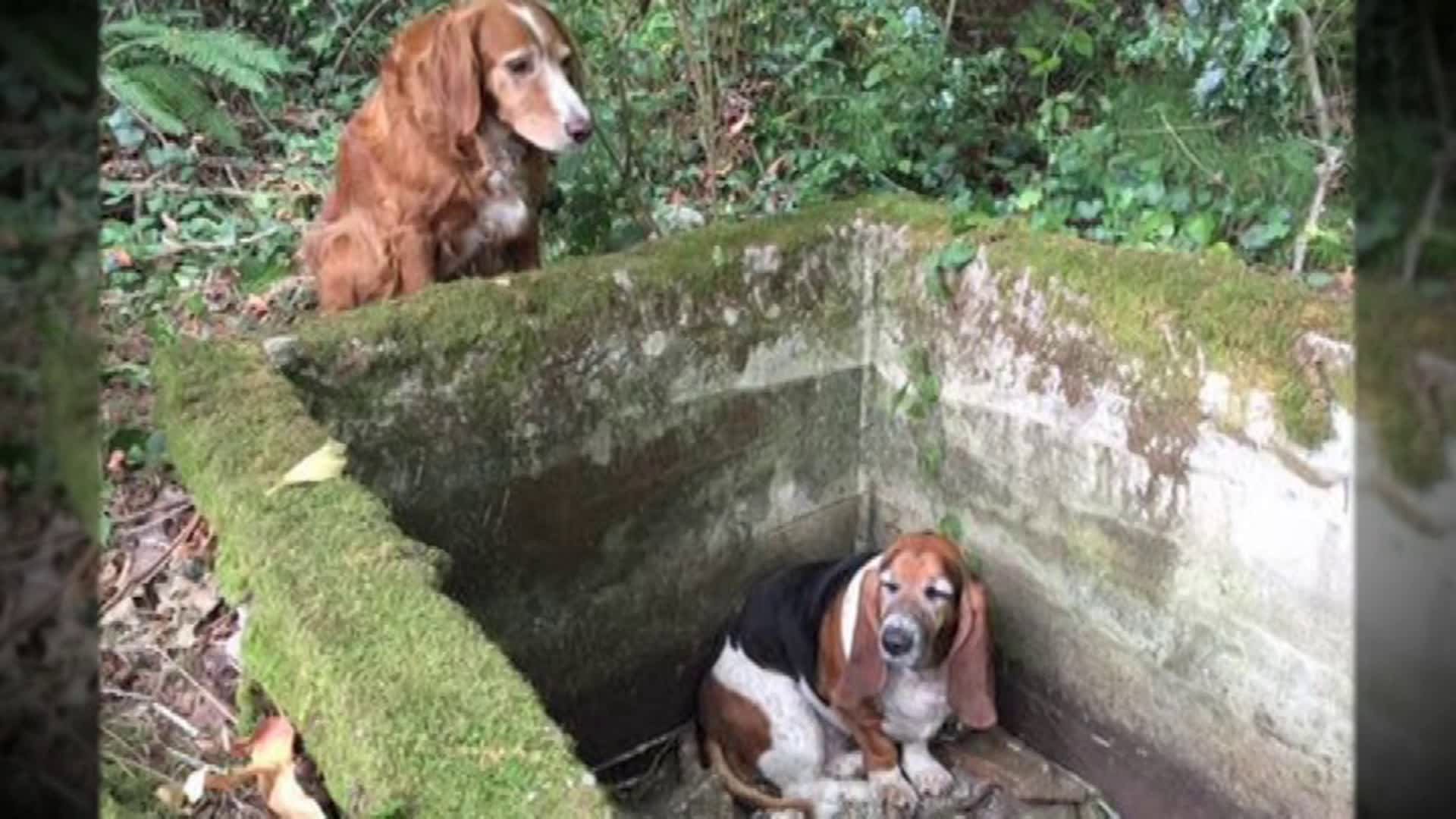 The shelter posted the volunteers soon found Tillie laying beside an old cistern with her head resting on the concrete wall.

“Heart sinking…we knew that meant Phoebe was inside the cistern and every breath was held and every doggie prayer offered that the peek over the rim would somehow find her safe,” the post continued. “Gratefully… this time we have a happy ending with dear Phoebe found perched on some concrete rubble that held her out of the water. For nearly a week Tillie stayed by her side with the exception of the few minutes of each day when she went for help.”

The shelter called Miss Tillie a ‘true friend’ and called the experience a humbling example of the power of love.